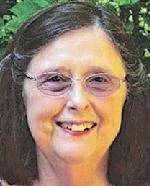 Thrasher, Suzanne "Sue" COXSACKIE Suzanne "Sue" Thrasher, 77 of Coxsackie, passed away peacefully on November 29, 2020, after a brief illness. She was born to the late Irvin and Edith Thrasher in Bloomington, Ind. Sue graduated from University High School in Bloomington in 1960, and received a B.S. in business education from Indiana University in 1964. She was married to Peter Wissel Jr. from 1964 to 1985. She is survived by daughters, Sonia Salari of Herriman, Utah, and Leila Tredemeyer (Chris Bolsmann) of Los Angeles; granddaughters, Leila Salari of Salt Lake City, and Rana Salari of Herriman; brother Tim Thrasher (Beth) of Bloomington, Ind.; niece Amanda Thrasher of Indianapolis; and many cousins, whose love and friendship she cherished. Sue adored animals and was a loving caregiver to numerous dogs over the years, most recently Harry and Bambie. She had many lifelong friends who were very important to her. Sue worked for Albany Medical Center Oncology Department and for many years at the University at Albany in the Department of Economics and the Center for Policy Research. After retiring, she spent several summers working at the Bronck Museum for the Greene County Historical Society. She enjoyed sharing information about early Dutch settlements in upstate New York with visitors to the museum. She had an enduring love of the Hudson River, and volunteered as the newsletter editor for many years with the North River Friends of Clearwater through the Hudson River Sloop Clearwater non-profit environmental protection organization. Her favorite singer was Pete Seger, an activist who sang live folk music concerts on the Clearwater. She owned riverfront property in New Baltimore and had a home built there with incredible views of the river, with occasional passing tugboats and barges. Her happiest times were boat rides along the Hudson in her motorboat and on the Clearwater. She was a member of the Cornell Hook & Ladder Auxiliary in New Baltimore. She relocated to Coxsackie and in later years, she enjoyed spending time at Riverside Park in Coxsackie. A memorial service near the Hudson River will be planned in spring or summer of 2021. In lieu of flowers, donations may be made to the Hudson River Sloop Clearwater at clearwater.org or by check as set forth on that website.

To plant trees in memory, please visit our Sympathy Store.
Published by Albany Times Union on Dec. 6, 2020.
MEMORIAL EVENTS
No memorial events are currently scheduled.
To offer your sympathy during this difficult time, you can now have memorial trees planted in a National Forest in memory of your loved one.
Funeral services provided by:
Babcock Funeral Home Inc
GUEST BOOK
2 Entries
I met Sue when I began my 12 Summers of giving tours at The Bronck House Museum in 2000-2012. At some point throughout those years, Sue and I became 2 members of our 4 members, 4 times a year 'Birthday Club' along with our friends Meg Griffin (of Griffin's Market) & Shelby Mattice (Director of The Bronck Museum, Coxsackie, NY). As the 4 of us celebrated 'the birthday girl' in March, July, Oct. & Dec. our outings took us to places in Schoharie County, Green County, Albany, Hudson, etc., where we enjoyed good food, awesome views and lots of laughs as we caught up on each others lives, interests, families, etc. not to mention all of our individual opinions on this, that, and the other thing. Most we shared, while some we simply agreed to disagree. My favorite thing thing to do with these 3 lovely ladies, besides ordering salmon, my favorite food, was shopping with them at antique places. It was fun to see Sue, Shelby & Meg delight over so many of the fun old things we saw. Sue and I sat in the back seat, as Meg always did the driving for our Birthday club, so it was a pleasure for me to greet, "Hello, Sue! How are you?!" and hear all the newest news about her daughters Leila & Sonya as well her granddaughters Rana & Leila. Made me feel like I knew them! After Sue's beloved dog Harry died, I
was so glad that Sue decided to take on and love another dog. I began watching Bambie for Sue whenever she needed me to take him for the day, or for several days at a time, here and there. Sometimes I'd stop by to take Bambie for a ride in the car and then sit with Sue to visit and wash a few dishes for her while we chatted. I know Sue missed Bambie when he was in my care and that Bambie had a deep love for Sue too. However, I want to share a comical moment that happened at the end of Bambie's first long stay with me. I often care for other dogs when people go away on vacation, so when Bambie was here that 1st. time, he met and played with several other dogs, including my own, Yoda. When I gathered Bambie's things to go home, put his coat on him and said, "Ok, Bambie, let's go see your Mom, Sue! Let's go home now!" to my surprise, Bambie ran through my house, back to where the night-time dog crates are and he put himself INTO one of the crates and laid down! Made me laugh! I was delighted that he enjoyed his stay! When he got home, he greeted Sue with lots of jumps for joy and kisses! (PHEW!!! LOL!!) My heart goes out to all of Sue's family and friends during this time. May God dearly bless the beautiful Soul of my friend Sue. May she rest in peace and rise in glory, Amen. Love, Donna
Donna & Tom Nelson, Cox, NY
Friend
December 14, 2020
Sue was a wonderful friend. She was fun to be with, had a great sense of humor and I will miss her.
Janice Cook
Friend
December 6, 2020