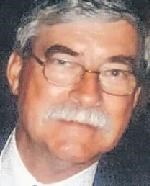 BORN
September 14, 1946
DIED
January 19, 2021
O'Toole, Terrence "Terry" Patrick CLIFTON PARK Terrence (Terry) Patrick O'Toole, 74 of Clifton Park, passed away on Tuesday, January 19, 2021, with his loving family by his side. Born in Troy, N.Y. on September 14, 1946, he was the youngest son of the late William and Lucille Breault O'Toole. A graduate of Troy High School, Terry served his country in Vietnam as a sergeant in the United States Army. Upon returning from military service, he earned his bachelor's degree from Siena College. Terry then enjoyed a long and successful career in public service, working for multiple New York State agencies. He retired in 2008 after over 35 years of service. All whom were blessed to have known Terry benefited from his warmth, kindness, and thoughtful nature. He held his family and friends most dear to his heart and took every opportunity to show them how much he cared. Terry had many hobbies including golf, basketball, listening to classical music, and taking on home improvement projects, often with the help of his boys. He will be remembered as a loving father, grandfather, and companion. Terry is survived by his three sons and grandson, Shawn O'Toole of Gansevoort, Brian (Deana) O'Toole of Porters Corners, Kevin O'Toole of Gansevoort, and Tyler Murray of Saratoga Springs. He is also survived by his brother, retired Brig. Gen. James (Madeline) O'Toole of Hague; and sisters, Judy (Joseph) Comis of Atlanta, Ga., and Mary Elizabeth Casale of Atlanta. Terry is also predeceased by his brother-in-law, O'Niel Casale of Atlanta. He is also survived by his significant other (his "sweetheart") Eve Irwin of Clifton Park; along with several nieces, nephews, and cousins. A Mass of Christian Burial, with his family, will be held at St. Clements Church in Saratoga on Tuesday, January 26, at 10 a.m. A private burial will follow in the Gerald B. H. Solomon Saratoga National Cemetery at 11:30 a.m., with full military honors. For those wishing to pay their respects, both ceremonies will be broadcast live on each of the respective websites, St. Clements (https://stclementschurch.com/) and Tunison Funeral Home Facebook page (https://www.facebook.com/TunisonFuneralHome/) A celebration of life will be held in Terry's honor at a later date to-be-determined. Memorial donations may be made in Terry's memory to the American Heart Association (https://heart.org), or the March of Dimes (https://marchofdimes.org). Online condolences may be made at tunisonfuneralhome.com. Arrangements are entrusted to the Tunison Funeral Home, 105 Lake Ave. Saratoga Springs, NY. 12866

To plant trees in memory, please visit our Sympathy Store.
Published by Albany Times Union on Jan. 24, 2021.
MEMORIAL EVENTS
Jan
26
Mass of Christian Burial
10:00a.m.
St. Clements Church
, Saratoga , New York
Jan
26
Burial
11:30a.m.
Gerald B. H. Solomon Saratoga National Cemetery
Funeral services provided by:
Tunison Funeral Home
GUEST BOOK
4 Entries
I am so sorry & offer my condolences to the family. I was going to leave State services, but Terry called me into his office. Sat me down, explained to me all the benefits & why it would be wise to stay. I am forever grateful thank you so much.
Victor Nelson
January 25, 2021
High School would not have been the same without Terry. He had a great many friends and that continued. We met a several reunions and shared many stories. He was a asset to the world he lived in.
Peter Madigan
January 25, 2021
To the family I am very sorry for you loss may he rest in peace
JoAnna Baldwin
January 24, 2021
So very sorry for the sad loss of Terry. Condolences to his family.
Kathy Matthews Pallotolo
January 24, 2021