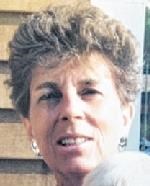 Farrell, Thelma ALBANY Thelma Farrell, 88, died January 4, 2021, at her home, owing to complications from congestive heart failure. The Lord blessed Thelma with stoic strength, patience and generosity. She and her late sister, Mary, were daughters of Katherine and Peter Poulos, Ellis Island immigrants from the Greek Island of Crete. Arriving in the U.S. separately, her parents were introduced by a family member and married at St. George Greek Church, in Schenectady. The couple then moved to bustling downtown Albany, where they launched the Willett Luncheonette with the family living upstairs. Thelma never hesitated to "help" her father make the luncheonette's own candy and ice cream not least because it made her popular among her girlfriends and probably explains her lifelong herculean sweet tooth. Nearby Washington Park, vibrant, well kept, was her back yard. Upon graduation from Albany High School, in 1950, Thelma worked as a secretary at Mobil Oil in Albany. She married her high school sweetheart, Francis Farrell Sr. Frank initially worked for his father's local plumbing business and later, partnering with his brother Joseph, branched out and started his own plumbing business, thanks in part to Albany's fertile economy. Thelma became a full-time housewife. She and Frank had two children: Katherine Anne and Francis Jr. Family activities were frequent. Sharing a summer cottage with Frank's brother Joe's family for many years in Cleverdale, Lake George was a great pleasure. In winters, Thelma regularly chauffeured weekend ski trips to Gore Mountain. Thelma and Frank's marriage was a post-war middle-class American story of family closeness and modest gain. ...And the road wound. Vietnam, OPEC, "free trade," stagflation disrupted our nation economically, particularly upstate New York. The plumbing business eventually failed. Sadly, after 27 years, Thelma and Frank's marriage ended, which was a profound disappointment. Yet, with her dignity intact and resolve firm, she pivoted. She worked at the nearby N.Y.S. Department of Agriculture, where she formed new and lasting friendships. She was now mother and grandmother, as well as faithful caregiver to her own mother in her final years. To her grandchildren, she was known as Yia Yia. Beyond her joy to host holiday gatherings, often preparing Greek meals, she supported religious functions at St. Sofia's Greek Church and relished ushering for the Albany Capital Repertory Theater. To her end, she was selflessly doing for others. To her immense sorrow, Thelma was predeceased by her beloved daughter, Katherine Anne who died recently and suddenly from a brain tumor. She is survived by her cousin George Giftos; daughter-in-law and son, Jennifer and Francis Jr.; and son-in-law, Timothy Burke, and grandchildren, Katherine, Colin and Timothy Burke. Owing to COVID-19, services will be held at a future date to be decided.

To plant trees in memory, please visit our Sympathy Store.
Published by Albany Times Union on Jan. 24, 2021.
MEMORIAL EVENTS
No memorial events are currently scheduled.
To offer your sympathy during this difficult time, you can now have memorial trees planted in a National Forest in memory of your loved one.
GUEST BOOK
7 Entries
Dear Frank, I hope you're ok. Our mother's were long time friends, as we are. Hoping you and family are ok. bob
bob Dawson
Friend
January 31, 2021
Mrs Farrell I have extremely fond memories of you. You were an amazing person, always looked elegant, and had a heart of gold. May you shine in heaven and rest in heavenly Peace. Xoxox
Joanie Dawson-Dittmer
January 27, 2021
My deepest sympathies to you Francis your friend philip
Philip saglimbene
January 26, 2021
My deepest sympathy.. my loss that I never met this beautiful woman Thelma.
Margie Saglimbeni
January 26, 2021
Dear Family: We are so sorry to hear of Aunt Thelma's passing. She was the last of the old ones to leave us. May her memory bring us peace. In sympathy, Maura, Steve, and Sara Miller
Maura Farrell Miller
January 24, 2021
Francis, I am so sorry to hear of Thelma's passing. She was always kind and generous. We had great times on Ormond with her.
Terry Tracy
January 24, 2021
Frank and Family I am so sorry for the loss of your mom and sister .I can recall our friendship has forth graders at St. Patrick's . I remember your mom and her kindness when you all lived in your grandmother's house on Central Ave .The house on Ormond was not finished yet. I have a million memories of you and your family and I know The sadness you feel . I pray for you and your family Frank . George Lynch Albany,New York
GEORGE Lynch
January 24, 2021