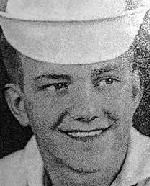 FUNERAL HOME
W.J. Lyons Jr. Funeral Home
1700 Washington Ave
Rensselaer, NY
Burgess, Thomas Jefferson Jr. RENSSELAER Thomas Jefferson Burgess Jr., 77, of Rensselaer, and Homosassa, Fla. passed away on February 1, 2017, at home surrounded by his loving family in Florida. He was born on July 14, 1939, in Albany to Thomas and Elizabeth Burgess Sr. An accountant for most of his life for the State of New York, Tom served his country in the U.S. Navy and was proud to serve on the U.S.S. Hale 642. He was a member of the St. John's Catholic Church in Rensselaer, as well as the Gerald O'Neil American Legion Post 1683, Rensselaer Sportsman's Club, Tin Can Soldiers Club the V.F.W. and Eagles Club. Tom and his wife had been seasonal residents of Homosassa for the last 10 years. During his time in Florida, his interests mirrored those in NewYork and he was a member of the local American Legions, Elks Lodge and V.F.W. Over the years, Tom enjoyed hunting, fishing, and scalloping. Tom is survived by his sister, Patrica Hogle. He was preceded in death by his siblings, Joan LaFayette, Elizabeth Teal, Connie Sees, Mary Jane Hall, Richard Burgess, David Burgess and Marjorie Burgess. Tom is survived by his loving wife, Frances Burgess; children, Charles (Patricia) Burgess, Colleen Hamm, Tammy Burgess and Thomas (Stacy) Burgess, Debra Wagner, Laura Baker, Brenda McLean and Winston Jefferson Burgess; grandchildren, Jeremy Burgess, Dana Burgess, Shane Griffin, Ashley Griffin, Thomas Burgess III, Scott Tedford Jr., Kassie Burgess, Jessica Marshall, Jaclyn Ogden, John McLean and David DiPierro; and great-grandchildren, Bella Ann Lieberman, Taven Marshall, Zachary Marshall, Michael Ogden, Mason Ogden, Brydan Burgess, Jeremy Hover, Olivia Hanks, Grace DiPierro and Ryder DiPierro. Funeral from the W.J. Lyons Jr. Funeral Home, 1700 Washington Ave., Rensselaer on Saturday at 9 and 10 a.m. at St. John the Evangelist and St. Joseph Church, 53 Herrick St., Rensselaer where the funeral Mass will be offered. Relatives and friends are invited and may call at the funeral home on Friday from 4-7 p.m. Interment with military honors will be in Holy Sepulchre Cemetery, East Greenbush. Condolence page at wjlyonsfuneralhome.com

Published by Albany Times Union from Feb. 9 to Feb. 10, 2017.
To plant trees in memory, please visit the Sympathy Store.
MEMORIAL EVENTS
To offer your sympathy during this difficult time, you can now have memorial trees planted in a National Forest in memory of your loved one.
Funeral services provided by:
W.J. Lyons Jr. Funeral Home
MAKE A DONATION
MEMORIES & CONDOLENCES
9 Entries
sorry to here, mick butler
February 17, 2017
Fran..I am thinking about you. I am so sorry for your loss. I had good times with you and Tom in Florida.
Sandi Mason
February 15, 2017
Fran and Family, We are so sorry for your loss. Tom was a great man and will be missed by many. We will miss him in Lake George in the fall.
Miss you both,
Valerie Strokes and daughter Kelly
Kelly Feit
February 11, 2017
Chuck, Tom, Tammy and family,

I am very sorry for the loss of your father. May he rest in Peace.
Fran Hughes
February 10, 2017
May God bless you and your family in this time of sorrow.
Russell Dayter
February 10, 2017
Dear Fran and Families,
May the happiest of memories keep you going in these sad days to come. May Tom rest in peace.
Jacky and Art (Stowell) Lafey
February 9, 2017
Dear Chuck ,Patti an family, so sorry to hear the news of your Dad passing. God bless you.May he rest in peace
Debra Faas Habiniak
February 9, 2017
What a privilege to have Uncle Tom in our lives. Always special to me ... he will be truly missed. Til we meet again...and all that have gone before us...
Donna Young
February 9, 2017
mike burch
February 9, 2017
Showing 1 - 9 of 9 results