Forrest, Thomas "Tom" Joseph ALBANY Thomas "Tom" Joseph Forrest, 81 of North River, N.Y. and Moss Creek, S.C. died on June 4, 2020 sleeping peacefully next to his beloved wife, Sue. Tom was the devoted father of John Forrest (Carol Couture), Charlotte Forrest (Jim Napoli), and Tommy Forrest Jr. (Kristen Page); and the adoring grandfather of Jamie Napoli, Thomas Napoli, Page Forrest, Emma Forrest and Susan Forrest. Tom is also survived by his cherished sister, Faith Turner Doherty; and many loving nieces and nephews. Tom married Sue almost 60 years ago. He proposed to her the first night they met in Florida during spring break. They spent their life together in Albany, Garnet Hill, and Moss Creek. They enjoyed tennis, golf, travel, most of all, the time spent with Tom's DKE brothers and their wives. Tom was so proud of his son John Dennis who faces life's challenges with humor, insight and hard work. He also adored his daughter Charlotte, working hard to make her laugh when she became too serious. Tom and his son Tommy loved backcountry skiing together, going to the SuperBowl with Thomas and Jimmy, seeing the Giants beat the Patriots and winning the Moss Creek Club championship. Tom was born in Albany. He was the son of John A. Forrest and Agnes Nolan who died when he was four years old. He graduated from The Cranwell School, Colgate University and Albany Law School. He served for three years in the United States Navy, with tours of duty in South East Asia and in Cuba during the 1962 Missile Crisis. Tom was a partner in the law firm Rowley, Forrest, O'Donnell, and Beaumont located in Albany. After retirement, he worked with his son-in-law's New York City firm, bringing diligence and success to several liability cases. One of Tom's greatest passions was playing and watching sports. He played hockey at Colgate University. He was one of the founding members of the Mohawk Lacrosse Club in Albany. He played both lacrosse and ice hockey on local teams well into his forties. He enjoyed hiking, scuba diving, downhill and cross skiing and, and most of all tennis and golf. Sadly, he was a luckless fisherman. Tom was president of the Albany YMCA in the 1980's, believing that all kids and families would benefit from physical exercise. He also served on several local boards in the North Country as well as in Moss Creek. He will be remembered as a resolute, caring, loyal man with a subtle Irish sense of humor who is greatly loved by his family and many friends. A memorial Mass will be held at a later date. Contributions may be made to Glens Falls Family YMCA, 600 Glen St., Glens Falls, NY, 12801 To leave a message for the family please visit McveighFuneralHome.com

To plant trees in memory, please visit our Sympathy Store.
Published by Albany Times Union from Jun. 7 to Jun. 8, 2020.
MEMORIAL EVENTS
No memorial events are currently scheduled.
To offer your sympathy during this difficult time, you can now have memorial trees planted in a National Forest in memory of your loved one.
Funeral services provided by:
McVeigh Funeral Home
GUEST BOOK
7 Entries
Sue and family,
I am so sorry for your loss. You and your family are in my thoughts and prayers as you celebrate his life and mourn his absence. Peace to you all.
Ruth Dyer
Friend
October 24, 2020 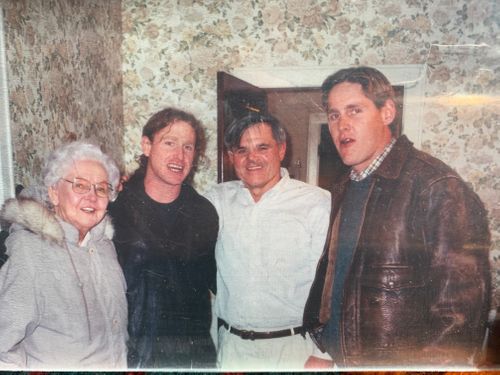 Anita Dunn
Friend
June 9, 2020
I only had the pleasure of trying one case with Tom but it was a beauty. We were on trial for 6 weeks in Rensselaer County Supreme Court. He was a fine trial lawyer but more importantly he was a good guy and a man of integrity. My condolences to the family.
John Bailey
Friend
June 9, 2020