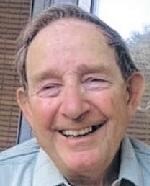 Lemme, Thomas J. ALBANY Thomas Joseph Lemme, 94 of Albany, passed away peacefully at home surrounded by his beloved family on Sunday, November 22, 2020. Born in Albany, Thomas was the son of the late Dominick and Chiarina (DiLello) Lemme. He was predeceased by his dear wife of 68 years, Jane (Serafino) Lemme. He was the brother of the late Mary (Daniel) Giminiani, Joseph (Ceil) Lemme, Ralph (Anne) Lemme; loving father of Karen (Lemme) Carioto, Janice (Lemme) Schmidt, and Dominick Lemme; cherished grandfather of Marc Wlodkowski, Lisa (Wlodkowski) Covell, Kristen Lemme, and Dominick Lemme; and proud great-grandfather of Dominic and Vanessa Covell. He is also survived by many nieces, nephews, and extended family. Thomas was a corporal of the 4th U.S. Marine division, World War II Iwo Jima survivor, and witnessed the raising of the flag on the island before wounded by a grenade which earned him a Purple Heart, he recuperated in San Diego and was photographed with the famed Shirley Temple, earning him the nickname of "Hollywood" Tom. Tom shared Lemme's Inc with his siblings and was the sole proprietor of Lemme's Archery Sports. Through his business and love of archery, Tom was both creative and inventive. He designed specialized sights which allowed blind people to participate in the sport, evolved various trigger releases, and catapulted the modified "D" loop into use. Thomas enjoyed many sports including hunting, fishing, and most of all golfing with his three best buddies, his brother Ralph, his cousin Gene Calabrese, and his brother-in-law, Patrick Serafino. His proudest golfing achievement was shooting his age at 83 years old. He also enjoyed playing the accordion and the mandolin Later in life, he attended many veteran functions and was a well-known regular at the Homefront Cafe where he shared many memories with other servicemen, their families, and friends. The family would also like to give special thanks to Mark Yingling who became a very close friend to Tom and kept him active in the veteran community. Tom was a quick-witted, clever, good-natured soul, who brought a smile to everyone's face. He was a proud American and a proud Marine. Semper Fi. Graveside services with military honors for Tom will be held on Friday, November 27, at 10:30 a.m. in the Calvary Cemetery, Rte. 9W, Glenmont. Online condolences may be offered to Tom's family at danielkeenanfuneralhome.com.