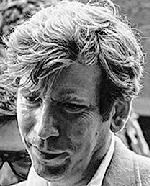 FUNERAL HOME
William J. Burke & Sons Funeral Home - Saratoga Springs
628 North Broadway
Saratoga Springs, NY
Snyder, William "Bill" Fortune SARATOGA SPRINGS William "Bill" Fortune Snyder passed away peacefully after a long illness on March 13, 2020. He was born in Scranton, Pa. on June 24, 1941, to Dorothy Hutchings and Robert Fortune Snyder. He was predeceased by his father, mother, sister Elizabeth; and daughter-in-marriage, Shannon. Bill is survived by his high school sweetheart and wife of 58 years, Patricia Di Benedetto Snyder; sons, George Fortune, William Severin (Mary), and Richard Bennett (Denise); grandchildren, Giovanna, Bennett, Josephine, and Corrine; his sister and brother in marriage, Michele Barbagallo (Peter) and Frank Benedetto (Michele); several nieces, nephews, great-nieces and nephews, and many cousins and friends. Bill attended Blair Academy in New Jersey and Eastwood High School in Syracuse. He was known in Syracuse as Bill Fortune, radio host of Wheel of Fortune, producer of a Sherlock Holmes radio drama series and weatherman on WHEN-TV. He attended the Maxwell School at Syracuse University and The Neighborhood Playhouse School of the Theatre. He taught communications at Lemoyne College, was program manager at WCNY, Syracuse Public TV and a reporter for the Syracuse Herald Journal. He co-produced two Summer Theatre seasons in Camillus, N.Y. He was a member of Syracuse IATSE local and served as technical director for the first productions of the Syracuse Symphony Opera. He was a dedicated supporter of the Syracuse Symphony. After moving to the Capital District in 1967, he graduated from SUNY Albany in Theatre and Music with honors. He was a reporter, arts editor and news anchor at WRGB Channel 6 in Schenectady. While at WRGB, he produced a documentary on the SUNY Albany Children's Theatre's tour to Moscow, John Houseman's Premiere for The Empire State Youth Theatre Institute, and another on Eugene Ormandy and George Balanchine at the Saratoga Performing Arts Center. He donated his time and talent to the New York State Theatre Institute. He won an Audie, an Emmy and was a Trustee of the National Academy of Television Arts and Sciences. Bill was invited to travel with Vice President Nelson A. Rockefeller on several press engagements. Bill was deeply honored to serve Governor Hugh L. Carey as assistant press secretary, deputy press secretary, and director of communications from 1977 through 1983. Bill directed Governor Mario M. Cuomo's two inaugurations for television and was director of SUNY's New York Network until the time of his retirement. A resident of Saratoga Springs for 49 years, Bill renovated a historic home on North Broadway, which became one of the locations for the movies Ghost Story and Billy Bathgate. He co-established The Creative Place International, Inc. in Saratoga Springs, a not-for-profit theatre arts program for young people and adults in 2010. He co-produced Jeffrey Sweet's play, KUNSTLER Off-Broadway in 2017. Bill served as CPI chairman of the board for ten years. Bill's family is grateful to Dr. Desmond R. DelGiacco, Dr. Rodney Ying, Norman Bove, Saratoga Hospital, Dr. Nicholas Kondo, and Dr. Gloria Ethier for their exceptional care. A funeral Mass will be celebrated for Bill on September 26, at 11 a.m. in St. Clement's Church in Saratoga Springs. For those who cannot attend, Bill's funeral Mass will be livestreamed on St. Clement's Facebook page. Contributions may be made in Bill's memory to: Saratoga Hospital Foundation, 211 Church Street or The Creative Place International, P.O. Box 99, both in Saratoga Springs, NY, 12866. Arrangements are under the direction of William J. Burke & Sons. Online condolences may be made at www.burkefuneralhome.com

Published by Albany Times Union on Sep. 22, 2020.
To plant trees in memory, please visit the Sympathy Store.
MEMORIAL EVENTS
Sep
26
Funeral Mass
11:00a.m.
St. Clement’s Church
Saratoga Springs, NY
Funeral services provided by:
William J. Burke & Sons Funeral Home - Saratoga Springs
MAKE A DONATION
MEMORIES & CONDOLENCES
26 Entries
Patricia and family,
We are very sorry to hear of Bill’s death, and we are grateful for the occasions when we were able to be together. Such happy memories!
With love,
Joanne and Richard Gascoyne
Joanne Gascoyne
Friend
September 24, 2020
Pat, I was sorry to read about Bill's death. He left a distinct impression everywhere he went and will be remembered by many in the arts scene. My sympathy to you and your children.
Linda Delfs
September 24, 2020
William "Bill" Snyder remains in my memory and heart as a magnificent Human Being. I will miss him Always...God Bless...
Lynnie Godfrey
Friend
September 22, 2020
Dear Snyder Family: you have my condolences on the loss of a terrific and talented man.
I had the luck to be selected to work under Bill as a newcomer to State government, as we worked on Mario Cuomo's first Transportation Bond issue in 1982. He was a great mentor. When we finished our assignment of 6 months, Bill said "Kid, you've got a broadcast voice, and have a head for government work. Don't quit!" I never forgot his kindness. I recently ended a 39 year career in State government, and held many different positions, eventually supervising hundreds of employees. I treated each person who worked with me the way Bill treated me, so long ago, with kindness, patience, and high expectations. Bill certainly paid it forward. May he rest in peace.
David Donohue
Coworker
September 22, 2020
Dear Mrs. Snyder, George, William, and Richard, my deepest sympathy to all of you with the passing of your husband and Dad. Hugs to you all.
Donna (Butler) Brayman
Neighbor
March 26, 2020
William "Bill" Snyder remains in my memory and heart as a gentleman and I was honored to know and work with him. God Bless..
Lynnie Godfrey
March 19, 2020
I am so very sorry to learn of Mr Snyders passing. I have nothing but fondness and respect for him. I made a lot of noise in his house often with George.... and later George and Will. He was generous and tolerant in that way. This loss is a tough one. My condolences to Mrs Snyder who also deserves the official medal of love and honor. Please know that your lives reached a lot of people in a meaningful way.
Nick Sirianni
Friend
March 19, 2020
I never knew him, I was a friend of George. Please accept my condolences, and sorry that a life event such as this is what urged me to reach out to George. I remember the house well, George had the whole 3rd floor, and of course his Drum Room! I'm sure he will be missed.
Michael Argus
Friend
March 19, 2020
It is our honor to light a candle,. Patty, w are so surprised to learn that Bill an his great smile have left us. Now we wish we had joined th group to Moscow.We would havebeen great chaperones!well remember wonderful conversations at King Hill and at the Broadway shack!v
Susan King
Friend
March 19, 2020
So sorry to hear of Bill's death. A genuine loss to the theater community and especially to his family. May the good Lord bless him and welcome him to His kingdom...where he will no doubt direct something!!
Richard Harte
Friend
March 18, 2020
In loving memory of a wonderful person. We will love you and miss you always.
Ruba Batayneh
Family
March 18, 2020
Today we lost one of the best people I ever met in my life , What a lovely human of character and humor. may your soul Rest in Peace. Im so sorryRichard Snyder Will Severin ,George Patricia Di Benedetto Snyder. I love you all ❤❤❤
Ruba Batayneh
Family
March 18, 2020
He always comes to mind as a mentor and friend. He is missed now and will be. It was always a pleasure to work with him on remotes or with "BlackSmith." My prayers are with Patricia, and the boys.
Lars Allanson
Friend
March 18, 2020
In loving memory of a wonderful person. We will 0miss you dearly Bill. Please except my deepest condolences. Love, Elizabeth "Libet" DiChiara Sparks.
Elizabeth "Libet" Sparks
Friend
March 18, 2020
Patricia, I am sorry to hear of your loss. I would like to offer my deepest condolences to you and your entire family. Wishing you peace.
Debra Pigliavento
Friend
March 18, 2020
Dear Patricia,
Im so sorry for your loss. I know that your memories and life with Will and your boys will hold you, comfort you and bring you peace. Thinking of all of you. Much love.
Mychelle Vedder-Burton
Friend
March 18, 2020
I am so sorry to the Snyder family . My heart is with you .
Colleen Grignon
Friend
March 18, 2020
We are sad to hear of the passing of such a kind and wonderful man. Our deepest condolences Patricia, George, Will and Richard for you and your extended family.
Sandra and Crispin Catricala
Friend
March 18, 2020
Rip walter
Michael Palahnuk
Friend
March 18, 2020
Patricia and family,
Please know we are thinking of you at this time and hold Bill close in our hearts.
Dora and Drew Myers
Friend
March 17, 2020
Dora and Drew Myers
Friend
March 17, 2020
Grief can be so hard, but our special memories help us cope. Remembering you and your loved one today and always.
Lisa Micheli
Friend
March 17, 2020
My sincerest condolences to Patricia and family. I hold many happy memories of Bill.
John Romeo
Coworker
March 17, 2020
May the love of friends and family carry you through your grief.
Rick & Dawn Wynings
Family
March 17, 2020
Rick & Dawn Wynings
Family
March 17, 2020
To All of William's Family and Friends,

We are thinking of you during the time of your loss. Please accept our condolences.