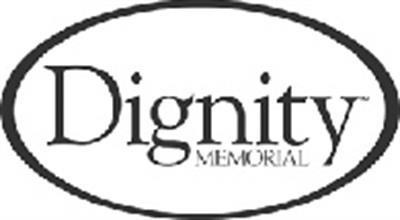 BORN
1932
DIED
2016
FUNERAL HOME
Hardage-Giddens Funeral Home
11801 San Jose Blvd
Jacksonville, FL
GARNER Although the world has lost an amazing mother and a dedicated grandmother, Heaven has gained an angel. Enough of the typical, if she would have written her own obituary it would have gone something like this: Annette (Pammie) Garner, 84, has finally kicked the proverbial bucket after a 15+ year battle with Alzheimer's. Perhaps she had Scottie beam her up, or she phoned home reporting minimal intelligent life remaining. Either way, the offer, which she couldn't refuse, came with a huge sign-on bonus of a reunion with her family including her son Eliot. Born in the depression, and raised on victory gardens, she was a patriotic American who deeply desired to leave the world a better place than she found it. She was a lover of many things including fishing (at one time holding 17 separate fishing licenses), gardening, sewing, cooking, and family-probably in that order. A libertarian to the core, and a lifelong NRA member, she agreed to give up the car but never the 410 shotgun. If you knew her you repetitively heard phrases such as can't died in the woods, God willing and the creek don't rise, and the world has gone hell in a hand basket. Fiercely loyal to her family, a true provider of unconditional love, she is survived by her children Ree, Eric, Tommy, and Monique, 13 grandchildren, and 27 great-grandchildren. If it wasn't for the damn Alzheimer's and the extraordinary cost of this obituary she might have been able to list all of the grands. She is preceded by her parents Chester and Vesta Johnson, her brother Billy Johnson, her son Eliot, and her greatest love Ronald Reagan; ironically passing on his birthday. She finally gave up her fight reporting that while Obamacare didn't kill her, another Clinton in the White House probably would so she was getting out while she still could. In lieu of flowers, she respectfully requests that you vote for anyone other than Hillary. Visitation will be held from 5-7 p.m. on Wednesday, February 10 in Hardage-Giddens Funeral Home of Mandarin where Funeral Services will be held on Thursday, February 11 at 10 a.m. Entombment in Oaklawn Cemetery, Jacksonville, FL. Arrangements are under the care and direction of Hardage-Giddens Funeral Home of Mandarin, 11801 San Jose Blvd. Jacksonville, FL 32223, www.hgmandarin.com, 904-288-0025.

Published by Florida Times-Union on Feb. 9, 2016.
To plant trees in memory, please visit the Sympathy Store.
MEMORIAL EVENTS
Feb
10
Visitation
5:00p.m. - 7:00p.m.
Hardage-Giddens Funeral Home
11801 San Jose Blvd, Jacksonville, FL
Feb
11
Funeral service
10:00a.m.
Hardage-Giddens Funeral Home
11801 San Jose Blvd, Jacksonville, FL
Funeral services provided by:
Hardage-Giddens Funeral Home
MAKE A DONATION
MEMORIES & CONDOLENCES
Sponsored by Jacksonville.com.
46 Entries
RIP "Mrs Garner". Nicky its the strangest thing, I was sitting at my computer and the restaurant came to mind (Me and Eliot snagging two free barbecue sandwiches in the Hendricks store :) ...and I typed in Garner and Plantation Bar-b-q. Up came the news about your mom. I love what she became after I lost touch with your family, and please accept my condolences on her passing. I cherish my fond memories of you and your mom, your dad and of course of the most memorable and best friend I ever had, Eliot.

I am happy that Mrs Garner is not suffering, but am of course saddened at the same time. I wish you and your family the best and I hope you can understand that I really mean it when I say, I loved you all so much and have always from time to time, though of the crazy things that we got into way back when :)

Joel (Joey) West
Joel West
March 28, 2016
Wish I had known this beautiful lady. May we all have such a life - lived to the fullest. Caring thoughts to Ms. Garner's family and all those who will keep her memory alive.
February 14, 2016
Your family sounds a lot like mine, but she sounds like one if a kind! I hope that your memories bring you joy and your faith brings you peace. Don't know you but will pray for you today! Also will not vote for Hillary.
February 12, 2016
Just want to send the family my condolences and to thank them for sharing her with us. I will definitely grant her request in Lieu of flowers, I will NOT be voting for Hillary. Again thank you to the family for sharing her with us and may God bless and comfort you in your time of need.
Sincerely,
Joanne Gucher
Joanne Gutcher
February 12, 2016
It sounds like this world has lost another great soul. Our prayers will be with you all.
The Ries family
Cindy Ries
February 12, 2016
Sounds like happy, fun, tell-it-like-it-is Pammie's family takes after her! Condolences to her family and friends. Wishing we were all a little like Pammie.
Kim
February 11, 2016
I don't know her but love the obit..and I hope she knows I will NOT vote for Hilary. What a wonderful lady she must have been.
Lynn Sims
February 11, 2016
Blessings to you all.
Cindy B
February 11, 2016
God bless your humor Miss Pammie. May you Rest in Peace and watch over everyone up above. I too will definitely not be voting for Hillary in your honor!
Cheryl Shepherd
February 11, 2016
Sorry for you loss. I remember your mom from many years ago, such a lovely person and great family!
Tracy Hunter -Harrison
February 11, 2016
God bless her, I wish I had known her! May she rest in peace!
Loy Moe
February 10, 2016
What a wonderful tribute AKA Obiturary. Thank you for sharing your memories. Prayers for y'all :)
February 10, 2016
This lovely and lively lady reminds me of my grandma who also said such funny things before Alzheimer's took her from us.Prayers to your family
February 10, 2016
The love pouring out of Ms. Annette's obituary continues to flow through her amazing family. What a beautiful tribute to her life. Thank you for sharing a glimpse of your mother's journey home.
Love, light and peace.
Alice
Alice Checorski
February 10, 2016
I did not know this gal, but the obit was fantastic. I would have gotten along great with her. I also share in her political beliefs and will remember her when I go to the polls. Maybe she will get to say hi to Ronnie! Rest in peace.
February 10, 2016
Many good times and tough times we spent together have not been forgotten in these years apart. I guess that is how it is when we get old. You were a wonderful Mother wife and friend. I loved you from the first time we meet in 1959.
Carol Crotts
February 10, 2016
Im voting for Donald Trump. Rip mrs garner. You were a good woman
r e
February 10, 2016
I love women like her. I wished I would have known her. She sounded like a real spit-fire of a person, who never held her tongue. God bless her and her family. You have truly lost one hell of a woman.
Sandi
February 10, 2016
So sorry for your loss. She will forever be remembered by all of us Switzerland folks. God bless you all. Sincerely Michelle Falana-Dryden.
michelle falana-Dryden
February 10, 2016
I didn't know her but judging from this obituary, I certainly wish I had. I'm sure she is missed by all that did. She sounds a lot like my grandmother. My prayers are with your family. I will be honoring her memory with my non Hillary vote.
Crystal Thrift
February 10, 2016
Sounds like I would have loved her!! Condolences to the Family!
TERESA JONES
February 10, 2016
Wow! What an wonderfully written homage. Prayers for her family which obviously lost a truly loved individual. You can tell through your words that she lived life to the fullest!
Ttammy Wilkerson
February 10, 2016
Prayers for your family. I wish I would have met her she sounds like a hoot. I promise to vote for anyone besides Hillary or Bernie.
Melissa Lee
February 10, 2016
I love how you kept this obituary humorous. I've often thought of how mine would sound, and I have always wanted it to be on the funny side. I know I'd want everyone to laugh in Rembrandt of me instead of cry at my absence. We'll see each other again one day, right? :) I'm so sorry for your loss, and I pray that you feel the peace and comfort of God during this difficult time.
Hope Sharpe
February 10, 2016
Prayers for her family. I didn't know her, but she sounds amazing, and with this obituary, you can tell she has raised a wonderful family too! God's blessing to you all.
J. Eggert
February 10, 2016
Our thoughts and prayers are for the Family in this time of need. Annette, Rest in Peace. God Bless.
Buddy and Michael Jones
February 10, 2016
Very funny! Rip!
Chauna
February 10, 2016
Sounds like a great loss for the rest of us. What a blessing she must have been to those who knew her before her illness. I share in her beliefs of future presidents and will vote in honor of her memory.
angie m
February 10, 2016
Did not know her, but wish I had. She sounds like a wonderful woman and this obituary is the best I've ever read. Thoughts and prayers for you all.
Karen Fore
February 10, 2016
I didn't know Pammie but I loved her Obituary. Sounds like she was a true American, who loved her country, and knew that being an American doesn't mean enjoying your Constitutional Rights. It means fighting to preserve them!!