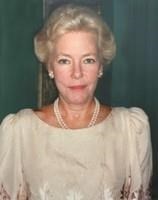 To plant trees in memory, please visit our Sympathy Store.
Published by Florida Times-Union from Jun. 18 to Jun. 20, 2021.
MEMORIAL EVENTS
Jun
23
Visitation
7:00p.m.
St. Matthew's Catholic Church
1773 Blanding Blvd., Jacksonville, FL
Jun
24
Memorial Mass
11:00a.m.
St. Matthew's Catholic Church
1773 Blanding Blvd, Jacksonville, FL
Funeral services provided by:
Evergreen Funeral Home LLC - Jacksonville
MEMORIES & CONDOLENCES
Sponsored by Jacksonville.com.
7 Entries
Carol was a great lady. It was always fun to be around her. Surely she and Bob are happily reunited and resting in the arms of God Blessings
Sr. Helen Marie Kling, DC
Friend
June 24, 2021
What an incredible woman! So talented and gracious as well as funny, I spent many lovely times with Carol and Bob and it was such a joy. They both always acted honored to be with you when I was the one honored to be with them. Their kindness and generosity as well as humility was remarkable. The last evening I had with them was at a Catholic Health Association meeting when Jane was being honored and they came to support her. We had such a lovely time sitting around laughing at the reception after the ceremony. Their genuine love and respect for others and their joy were immense gifts to so many of us. May God our Father welcome Carol and I know Bob will be there to welcome her as well.
Sr. Carol Keehan DC
Friend
June 24, 2021
My thoughts and praters are with this wonderful family. I thank God for their being a part of my life.
Jack Logue
Work
June 24, 2021
We offer Laura and all the family our deepest condolences on the loss of Carol. While we grieve our loss, we take great comfort that she has reunited with Bob in eternal glory with our Lord!!
Ken Thompson
June 24, 2021
Laura, Alden and family...my deepest condolences at Ms Carol’s passing...she was a genteel lady in every sense of the word...always graceful ‘n compassionate. I will miss seeing her @ Mass. She is now with her beloved Bob, and while heaven is a better place for both of them being there, those of us here shall miss them both.
Debra Harris
Friend
June 20, 2021
She was a gracious,supportive member of the Jacksonville Symphony Guild. She put in countless hours of her time and talents in support of the organization. Always positive and friendly ,she was a very valued and supportive member. She will be greatly missed by this group and others.
Susan Kelley
Friend
June 19, 2021
Our condolences to her family. May Mrs. Shircliff rest with her beloved husband and family who have now welcomed her to Heaven. God's peace to you, and may He provide you His strength for the coming days.
June 18, 2021
Showing 1 - 7 of 7 results