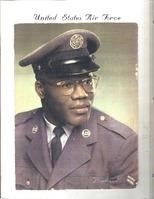 BORN
1936
DIED
2020
FUNERAL HOME
James Graham Mortuary
3631 Moncrief Road
Jacksonville, FL
HENDERSON
Rev. James Henderson, 83 passed away on September 28, 2020. He was the son of Sara Hutchinson and Walter Henderson. He graduated as Salutatorian from Stanton High School in Jacksonville, Florida. He attended Morehouse College in Atlanta, Georgia and Interdenominational Theological Center where he received his Bachelor of Divinity Degree. Rev. Henderson served in the Air Force from 1960 through 1963. He was ordained into the ministry at Providence Baptist Church in Atlanta, GA. He retired in 2001 from Calvary Presbyterian Church in Statesville, NC. He leaves to cherish his memory, his wife of 60 years, Eunatee Tyner Henderson, 5 children and a host of grandchildren. Chapel service will be held on Saturday at 11:00 a.m. at Mimms Funeral Home in Richmond, Virginia. There will be a Public Viewing on Tuesday at James Graham Mortuary from 9:00 a.m. until 10:30 a.m. Interment in Jacksonville National Cemetery at 11:30 a.m. Arrangements by: JAMES GRAHAM MORTUARY, INC. 3631 Moncrief Road.
Please Sign the Guestbook @ Jacksonville.com
Published by Florida Times-Union from Sep. 30 to Oct. 1, 2020.
To plant trees in memory, please visit the Sympathy Store.
MEMORIAL EVENTS
Oct
3
Service
11:00a.m.
Mimms Funeral Home
Richmond, FL
Oct
6
Viewing
9:00a.m. - 10:30a.m.
James Graham Mortuary
3631 Moncrief Road, Jacksonville, FL
Oct
6
Interment
11:30a.m.
Jacksonville National Cemetery
FL
Funeral services provided by:
James Graham Mortuary
MAKE A DONATION
MEMORIES & CONDOLENCES
Sponsored by Jacksonville.com.
6 Entries
Rev. Henderson and his family have been a very important part in the lives of the entire Stevenson family and we send our heartfelt condolences to the family.
Edythe Stevenson and family
Friend
October 5, 2020
My prayers go out to each and everyone of you. With Love.
Lee Bailey
October 1, 2020
My heartfelt sympathy for the loss of Reverend Henderson. Reverend Henderson was a very good man with the highest integrity and devotion to his family. I know how proud he was of all of his children and the never ending love for his devoted wife. Know you are all in our thoughts and prayers. We are all better people for knowing Reverend Henderson. With Love, David and Nancy Moody
David Moody
October 1, 2020
My deepest condolences to my family. Uncle James was a awesome uncle and father. He open his home to me and I was privileged to live with him my auntie and my cousin's. To my cousin's I'm sorry for your loss. Love you guys.
Gail
Family
October 1, 2020
Praying for God's comfort and strength to be yours at this time and always!
Addie Peterson
September 30, 2020
Our thoughts and prayers are with the Henderson family. May God continue to keep you in his care.
The Hayden Family, NC
September 30, 2020
Showing 1 - 6 of 6 results