FUNERAL HOME
Quinn-Shalz Family Funeral Home
3600 Third Street South
Jacksonville Beach, FL
NOSEWORTHY John Noseworthy, MD, age 69, passed away unexpectedly on November 5, 2013 at his residence in Jacksonville, Florida. Born in Laconia, New Hampshire, John received his undergraduate degree from Bates College, Lewiston, Maine. He earned his medical degree from Harvard Medical School in 1970, completed an internship and residency in general surgery and urology at Case Western Reserve from 1970 to 1978, and served a pediatric general surgery fellowship at Children s Hospital in Boston from 1978-1980. He was certified by the American Board of Surgery, the American Board of Surgery/Pediatric Surgery, and the American Board of Urology. Dr. Noseworthy joined Nemours in 1987 as Surgeon-in-Chief and created the modern Department of Surgery at Nemours/Alfred I. duPont Hospital for Children, as the Hospital expanded its services beyond orthopedic care for children. He subsequently recruited the leaders and future leaders of General Surgery, ENT, Urology, and many of the other surgical specialties that have become successful for the Hospital. Dr. Noseworthy mentored and provided guidance to hundreds of young physicians during his long career. He began his career as a pediatric general surgeon and urologist in 1980 at Cincinnati Children s Hospital before coming to Nemours. He held that role until December 1996 when he transferred to Jacksonville to serve as Assistant Physician-in-Chief at Nemours Children s Clinic, Jacksonville. In April 2009 he was appointed to the Emeritus Medical Staff in recognition of his many contributions to Nemours and the Alfred I. duPont Hospital for Children. After Dr. Noseworthy retired from practice, he became Medical Director of Development for the Nemours Fund for Children s Health, the philanthropic arm of Nemours. With his usual passion, he helped to build a philanthropic tradition at Nemours to support the mission of the organization. Dr. Noseworthy was passionately devoted to improving the health of children. Larger than life in both physical presence and personality, he had a gentle heart, especially when it came to children. Whenever a new idea or program was being considered, his favorite comment was, After all, it s all about the kids. In 2005, the Nemours Fund for Children s Health named its Associate Annual Giving program It s All About the Kids in his honor. Dr. Noseworthy had wide-ranging interests outside of medicine. He was an avid golfer, enjoyed fly fishing at his vacation home in Maine, and adored international travel, opera, fine wines and reading. Dr. Noseworthy had an encyclopedic knowledge on a wide range of subjects and loved to share it with friends and colleagues. He was a member of the Wilmington Rotary Club. Dr. Noseworthy is survived by his loving family, including former wife Barbara Noseworthy, daughters Elizabeth Fitzsimmons and Caroline Noseworthy, son-in-law Richard Seipert and grandsons Adam Fitzsimmons, Tyson Seipert and Taylor Seipert and granddaughters Morgann Seipert and MaKaela Seipert. In lieu of flowers, contributions in memory of Dr. Noseworthy may be sent to: Nemours Fund for Children s Health, Shands House, 1600 Rockland Rd., Wilmington, DE 19803 or made online at [email protected] Please visit our online Tribute at www.quinn-shalz.com. Services under the direction and care of Please Sign the Guestbook @ Jacksonville.com

To plant trees in memory, please visit our Sympathy Store.
Published by Florida Times-Union on Nov. 11, 2013.
MEMORIAL EVENTS
No memorial events are currently scheduled.
To offer your sympathy during this difficult time, you can now have memorial trees planted in a National Forest in memory of your loved one.
Funeral services provided by:
Quinn-Shalz Family Funeral Home
MAKE A DONATION
MEMORIES & CONDOLENCES
Sponsored by Jacksonville.com.
14 Entries
Dr.Noteworthy had done surgery on two of my children 1}plyloric corrective surgery 2}cdh both are doing great! What a huge loss in the medical field...
Helen Coule
March 20, 2017
Dr. Noseworthy saved my daughter's life in 1980 at Cincinnati Children Hospital. My daughter, Pagrian Todd (Paige) was born with a kidney and bladder disorder. Dr. Noseworthy operated on her at 2 and 4 wks old and again at 18mns and 4yrs old to save her kidneys. She unde
went many other surgery's and years of complications. She passed away August 17, 2013; but because of Dr. Noseworthy she made it to 32yrs old instead of 2yrs. We're so grateful to him and will cherish his memories forever. Thank you Dr. Noseworthy you will truly be missed. Muah :-* Rose Todd-Stanford
Rose Todd-Stanford
June 4, 2014
I send my heart-felt condolences to John's family. We were good friends and pediatric surgical colleagues for many years, and enjoyed reminiscing about Boston and HMS whenever we got together at APSA meetings.I will miss him very much.
John Wesley
February 28, 2014
Tom and I send our condolences to John' s family. John and Barbara were neighbors when we were all young'uns in Bethesda, Maryland in the early 70's. Elizabeth and Anne were playmates.
Vicki Seed
February 15, 2014
I am very sorry for the loss of Dr. Noseworthy. I was one of his patients in 1991 when I was two years old, and he saved my life at A.I. DuPont in Delaware. It is because of Dr. Noseworthy I have pursued a career in healthcare. I just finished my first semester of pharmacy school and was writing him a letter today to thank him for what he did for me and let him know what I am doing now and how it is because of him. I just finished my letter and was looking to find an address I could send it to, which led me to his obituary. I will forever regret not writing and sending my letter sooner. I hope one day I am able to influence someone's life the way he has mine. My prayers are with all of his family and friends. Thank you Dr. Noseworthy, God bless you and may you rest in peace.
Lindsey Smith
February 9, 2014
I am so sad to hear about Dr Noseworthy. He saved my 7 week old daughters life 20 years again. He evaluated, diagnosed and did corrective kidney surgery on a birth defect. Since the age of five she has been 100 percent and has had no urological problems. He is my hero!
Liz Sullivan
January 9, 2014 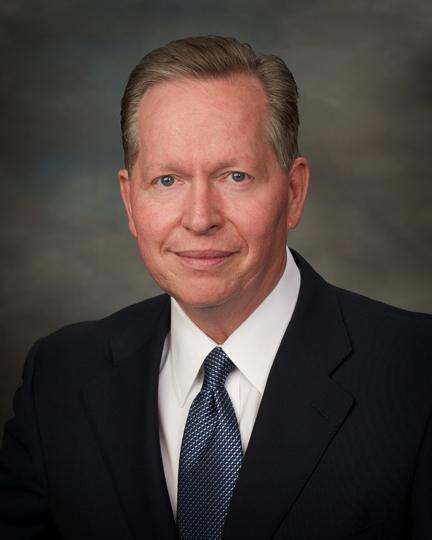 John was a general surgery chief resident at Case Western Reserve U. when I did my surgical internship and first year residency there. I remember him as one of several exemplary surgeons who trained me. John carried himself with a certain dignity, but he was always accessible and good natured. May he rest in peace. 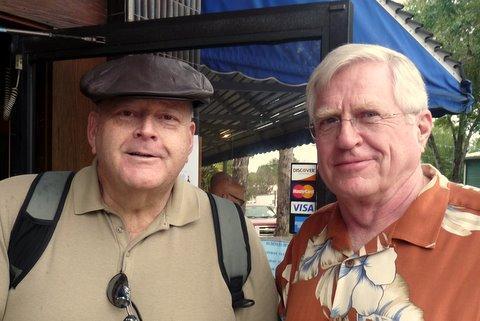 John was "my brother". I lived three houses away in Plymouth, N.H. - from the time we were born until 1961 when we graduated from Plymouth High School. His Dad, John, and his mother, Ruth, were special people to me. His Grammy and Grandpa Herbert were always welcoming. John and I spent many hours during our formative years playing Canasta on his porch - Grammy always had time to make potato chips to keep us going. God Bless you John, rest in peace.
November 29, 2013
Dear Noseworthy family,
Our condolences to your loss! He gave the best hugs ever, so genuine! You knew this was a person who cared. His passion for people and what affected them was infectious, and it made you want to perform your duties as perfectly as humanly possible because it mattered to all. He made you understand the ripple affect was personal.
My favorite memories include a bar-b-q at his home in 1989, just after Dave and I arrived at duPont. A get together to introduce us to the duPont community. The others were wine tasting events that Barbara organized and being introduced to the Symphony at the Grand Opera House. What a venue.
Our thoughts and prayers for your loss and ours!
Best Regards,
Donna and David Corddry
Donna and David Corddry
November 21, 2013
Barbara, Elizabeth and Caroline - I worked with Dr. Noseworthy for many years and admired his passion and commitment to pediatric care. He was a respected leader, driver of change and knowledgeable about more than medicine. His contributions to our community will be greatly missed. I will remember all of you in my prayers. May the love of family and friends sustain you during this time of loss. My heartfelt condolences to all.
Barbara O'Connor
November 14, 2013
TO THE ENTIRE FAMILY OF DR.NOSEWORTHY,WE THE MILLS FAMILY OF EASTON,MD ARE DEEPLY TOUCHED BY THE PASSING OF YOUR LOVE ONE.DR.NOSEWORTHY WAS A KIND AND CARING DOCTOR,WHO WAS GREAT AT WHAT HE DONE,DURING MANY,MANY SURGERIES.WE FIRST MET HIM BACK IN I BELIEVE 1998,WHEN OUR YOUNG SON WAS TERRIBLY ILL,AND THE DOCTORS IN DOVER,DEL DIDN'T WANT TO TACKLE THE SURGERY OUR SON NEEDED.THEY CONTACTED DR.NOSEWORTHY AND HE AGREED TO DO IT.THANKS BE TO GOD AND HIM,OUR SON IS NOW 35 YEARS OLD,THE TRIP TO ALFRED I DUPONT WAS WELL WORTH IT ALL.AND FOR THIS WE SHALL NEVER FORGET THE "GREAT DOCTOR",WHO TACKLE A SURGERY ,MOST WOULD NOT.ALWAYS HOLD THE PRECIOUS MEMORIES CLOSE TO YOUR HEART,AND HE WILL FOREVER LIVE ON IN SPIRIT.WE WILL CONTINUE TO PRAY FOR EACH OF YOU,AND IN TIME THE PAIN WILL BE A LITTLE EASIER TO BEAR.KEEP LOOKING UP TO "HEAVEN "FOR YOUR STRENGTH.
MILLS FAMILY
November 13, 2013
The thoughts and prayers of the Symphony Guild friends are with you and your family at this time. Susan Kelley
November 12, 2013
Barbara, Elizabeth, Caroline,and Adam,How sorry I am to hear of John's death. I miss you so much. My prayers are with your family. LOVE,
Madge Bruner Hazen
November 11, 2013
Barb, our thoughts and prayers are with you and your family. Love you.
Lisa & Rich McKenna
November 11, 2013
Showing 1 - 14 of 14 results