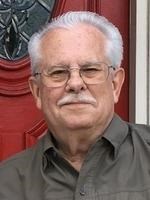 Parnin
Michael was born in Detroit, MI to Jim and Maryan Parnin. At the age of 15, Mike became an Amateur Radio Operator with his call sign N4EPD and stayed active with Amateur Radio until his death. He attended Lawrence Institute of Technology earning a Bachelor of Science in Electrical Engineering. After graduation, Mike worked for Chrysler Corporation for 7 years and then worked for Carrier Corporation for more than 20 years. In October 1994, he went to work for Wayne Brooks at Brooks Air Systems as a Sales Engineer. For more than 18 years, he worked with mechanical contractors and mechanical engineers. He was well known, respected and admired in the industry by many.
Mike was preceded in death by his parents and younger brother Tom Parnin. Mike is survived by his wife of 33 years Jane and daughter Kourtney Ann Pompi, brother Jim Parnin, sister-in-law Liz Parnin, one nephew and three nieces.
Burial will be in Southfield, MI. In lieu of flowers, donations may be made to Jacksonville Humane Society or a charity of your choice.
Published by Florida Times-Union from Aug. 27 to Sep. 5, 2021.
To plant trees in memory, please visit the Sympathy Store.
MEMORIAL EVENTS
To offer your sympathy during this difficult time, you can now have memorial trees planted in a National Forest in memory of your loved one.
MAKE A DONATION
Please consider a donation as requested by the family.
MEMORIES & CONDOLENCES
Sponsored by Jacksonville.com.
1 Entry
Jane, we are deeply saddened by Mike's passing. We will have great memories of our times together.
Brent and Rachel
August 31, 2021
Showing 1 - 1 of 1 results