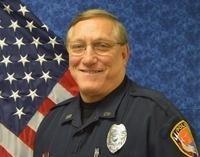 BORN
1958
DIED
2021
ABOUT
Fletcher High School
FUNERAL HOME
Quinn-Shalz Family Funeral Home
3600 Third Street South
Jacksonville Beach, FL
Bounds
Paul Edwin Bounds ("Eddie") went home to his Heavenly Father on August 21, 2021.
He was born in Norfolk, VA on November 28, 1958. He grew up in Jacksonville Beach and went to Fletcher High School graduating in 1977, excelling in both football and baseball.
He played college baseball at Seminole Community College and joined the Jacksonville Beach Police Department in 1979. After retiring, Eddie spent nearly a decade coaching and mentoring students and athletes at Fletcher High School. In 2012, he answered the call to serve as a Police Officer again, joining the Neptune Beach Police Department and had recently retired in June 2021.
Eddie was not only a police officer, but he was also a beloved son, husband, father, grandfather, coach, mentor, friend, and much more. Eddie had a contagious smile and laugh, always living life to the fullest. He had a big heart for the people in his community and showed compassion to everyone he met.
He is proceeded in death by his parents, Mavis & Joseph Bounds.
He is survived by his wife of 36 years, Janice; daughter, Cayla; son, Tyler (Kaleigh); Grandchildren, Maximus and Luca; His sisters, Anita and Barbara; Brother, Butch.
A celebration of life will be held at the Church of Eleven 22 (San Pablo) on Tuesday, August 31st at 3pm, with a viewing beforehand at 2pm.
In lieu of flowers, Eddie would love if you would donate to the Jacksonville Humane Society, or any charity of your choice.
Published by Florida Times-Union from Aug. 30 to Aug. 31, 2021.
To plant trees in memory, please visit the Sympathy Store.
MEMORIAL EVENTS
Aug
31
Visitation
2:00p.m. - 3:00p.m.
The Church of Eleven22
14286 Beach Blvd #2, Jacksonville, FL
Aug
31
Funeral service
3:00p.m.
The Church of Eleven22
14286 Beach Blvd #2, Jacksonville, FL
Funeral services provided by:
Quinn-Shalz Family Funeral Home
MAKE A DONATION
Please consider a donation as requested by the family.
MEMORIES & CONDOLENCES
Sponsored by Jacksonville.com.
0 Entries
Be the first to post a memory or condolences.