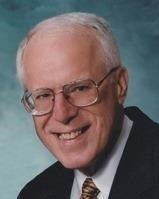 BORN
1927
DIED
2021
Haire
Robert M. Haire of Wilmington, DE, died on August 22, 2021 at his home in the Country House in Wilmington. He was born on February 1, 1927 in Orlando, FL, the son of Emmett E. and Perle Quinn Haire.
Bob ("Bobby" to his blood family and oldest friends) was educated in the public schools of Lakeland, FL, Gadsden, AL, and Jacksonville, FL. He graduated as president of his class from Andrew Jackson High School in Jacksonville, and received a one-year scholarship to Vanderbilt University in Nashville, TN. Following his freshman year he served on active duty with the Army Air Corps for fourteen months, returning to Vanderbilt to receive a Bachelor of Engineering degree in 1949. He did graduate study at the University of Florida before beginning work at the DuPont Company in 1951. His 35 years with DuPont included assignments in Niagara Falls, NY, Wilmington and Newport, DE, Parlin and Newark, NJ, as well as five years with the Remington Arms Company in Bridgeport, CT. Following his retirement in 1986 he worked six more years as an independent contractor for DuPont, consulting on employee relations and labor relations issues.
In 1990 Bob followed a lifelong interest in history by enrolling in graduate school at the University of Delaware. He received his Master of Arts degree in History four years later and considered those 4 years among the most enjoyable of his life.
In 1948 Bob was married to Jean DeBevoise, of Jacksonville, FL. They moved to the Country House in 2007, where Jean died in April 2011 after 63 years of happy marriage. While at the Country House, Bob served on the Resident Council in various capacities, and continued his interest in history and the occasional writing of poetry, especially sonnets. In late 2011 Bob asked Ada Bryant, a fellow resident of the Country House and a close friend of both Jean and him, to paint a portrait of Jean. Bob and Ada were married in January 2013. Ada died in February 2019.
Bob is survived by his three children: Gene Haire of Corvallis, MT, Kate Haire of Downingtown, PA, and Susan MacRae of Aiken, SC, as well as his sister Doris Sanders of Denver, CO; by his grandchildren: Emmett Haire of Stockton, CA, Lauren Thomson of Edmonds, WA, and Spencer Haire of East Helena, MT; and by five great-grandchildren. He is also survived by his step-children: Jane Bryant Quinn of Rome, Italy and Poughquag, NY, Leonard Bryant of Sequim, WA, Robert Bryant of Suffield, CT, Richard Bryant of Pittsburgh, PA, and Laurie Bryant Young of Arlington, VA.
The family regrets that no memorial services will be held due to the continuing risks of COVID-19. Interment will be in Evergreen Cemetery in Jacksonville, FL.
In lieu of flowers, the family suggests contributions to the Samaritan Fund of the Country House, 4830 Kennett Pike, Wilmington, DE 19807, to the ALS Association-Greater Philadelphia Chapter, 321 Norristown Road, Suite 260, Ambler, PA 19002, or to the American Civil Liberties Union (www.aclu.org).
To offer condolences, visit www.dohertyfh.com.
Published by Florida Times-Union from Aug. 28 to Aug. 29, 2021.
To plant trees in memory, please visit the Sympathy Store.
MEMORIAL EVENTS
To offer your sympathy during this difficult time, you can now have memorial trees planted in a National Forest in memory of your loved one.
MAKE A DONATION
MEMORIES & CONDOLENCES
Sponsored by Jacksonville.com.
0 Entries
Be the first to post a memory or condolences.