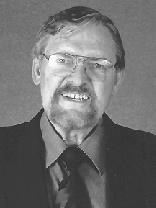 BORN
1932
DIED
2018
ALLEN
Ted Tipton Allen passed away peacefully on Monday, September 3, after a short illness, valiantly fought. He was born March 22, 1932, in McKenzie, Tennessee, son of Cornell Tipton and Lenora (Wynns) Allen, who preceded him in death. His natural surroundings in rural Tennessee inspired his passion for biology and ornithology (the study of birds).
His parents moved the family to Miami, Florida, where Ted completed high school at Miami Edison. He earned his Bachelor in Biology in 1954 from Murray State College in Kentucky. He then served in the U.S. Army for two years at Landstuhl, Germany army base, where he earned his marksmanship badge and worked as a medical lab technician. Spare hours were spent in the surrounding forests and trails exploring local plants and animals. He took advantage of his weekend leaves by hopping flights and trains to cities around Europe, and his love of travel was born.
1958 was a big year for Ted: He earned his Master of Science in Zoology from the University of Wisconsin, and married his wife of 50 years, Suzan Mary O'Brien (deceased). They moved to Florida, where Ted achieved his Doctorate of Philosophy in Biology from the University of Florida.
Ted and Sue had two children: Jeff (deceased) and Craig, who would become Ted's eager travel partner. Together, they traveled to many corners of the world, most notably, Australia and New Zealand, Alaska, the Galapagos Islands, Belize, Costa Rica, and Ted's no. 1 bucket-list destination, Papua New Guinea (to see the birds of paradise). They adopted Willie Nelson's "On the Road Again" as their theme song for their many adventures.
During his 47 years as a professor at Jacksonville University, Ted inspired his many students of biology, anatomy, physiology, embryology, and ornithology. He enjoyed playing softball, volleyball, football, and basketball in the JU intermural leagues, demonstrating his competitive nature, strong sense of teamwork, and leadership. He cherished the opportunity to play with faculty and students alike, and later with his son Craig on the Whales basketball team.
In 1979, the City of Jacksonville presented Ted with the Adams Environmental award for his work at Tree Hill Nature Center, which he co-founded in 1971.
People knew Ted for his quick dry wit, his intelligence, and his interest in history and the world around him. A talented artist and dancer, he was a beautiful, thoughtful, fun soul who lived life to its fullest.
He is survived by his son, Craig (and wife, Tara); brother, Ken (and wife, Carol); and many beloved cousins and nieces.
A teacher to the end, it was Ted's wish to donate his body to the University of Florida medical school.
A celebration of his life will take place in Jacksonville at a later date.
In lieu of flowers or other remembrances, the family requests that donations be made in Ted's memory to Tree Hill Nature Center or B.E.A.K.S. (Bird Emergency Aid & Kare Sanctuary).
Also in Ted's memory, please appreciate the nature that surrounds you. Look up, look around, and listen. There's a whole world of wonderment just waiting to be enjoyed.

Published by Florida Times-Union on Sep. 6, 2018.
To plant trees in memory, please visit the Sympathy Store.
MEMORIAL EVENTS
To offer your sympathy during this difficult time, you can now have memorial trees planted in a National Forest in memory of your loved one.
MAKE A DONATION
MEMORIES & CONDOLENCES
Sponsored by Jacksonville.com.
19 Entries
Tom & I were the best of friends. I use to grade his papers from JU in FL. Whenever I needed him he was always there for me in some of my tough times. He was such a great person with a great personality! His love of birds & nature was in his heart. I shall miss him & his kind words. I know he's flying high in Heaven & I hope to see him again someday.
Della Holt
August 17, 2021
I just heard of Dr. Allen's passing. A few years ago I was able to come to his retirement and speak of the impact that he had upon my life. I was a lost Biology-Chemistry student doing average work. One day, Dr. Allen pulled me aside and said 'you can do better than this'. I felt so motivated that I never left the Dean's list just to show him I could. I went on for my M.S., Ph.D. and many board certifications. My career was kicked into gear by Ted and I will forever be grateful to his commitment. I too am a 'birder' for life and I was thankful to see two pictures of Canadian Geese I gave him upon my graduation were still hung in his office years later. He will be missed. He is one of the great teachers that all students should have.
George Collings
November 3, 2018
May your hearts soon be filled with wonderful memories of joyful times together as you celebrate a life well lived.
Isaiah 61:1 ~JW
September 10, 2018
What a special joy it was to share many years of academic and social life with Ted Allen, a miracle in himself. Hundreds of students had the opportunity to learn and be inspired by a remarkable professor. Ted was superior in academics, and at the same time, gave of himself to the faculty, students and friends.

It was always fun to work with Ted Allen, as he possessed a super sense of humor. Certainly, he was one of the more thoughtful persons I have ever known. On one occasion, I called and asked him what kind of bird I was seeing in the birdhouse. Two days later, I get a beautiful, new book about birds! This was typical thoughtfulness of a great man who will be missed.

Fran
Dr. Frances Bartlett Kinne
Past President and Chancellor Emerita
Jacksonville University
September 10, 2018
Dr. Allen was one of the college instructors who inspired me and instilled in me a deeper love of the Life Sciences. This man taught because he LOVED to teach students, not, as many other instructors have done, to do so in order to have a venue for his research; Dr Allen taught because he was a born teacher and lived to teach and to learn. He made a huge difference in the lives of countless students and now will continue to do so with his post mortem disposition. THIS is a man and THIS is a teacher and THIS man was a gift to us all.
Pat Gionet
September 7, 2018
It's been thirty years since I graduated from Jacksonville University, but I still remember Dr. Allen very well. I took his comparative anatomy class while earning my biology degree on my way to veterinary school. His lectures were always interesting and informative and I learned a lot from him. On a lighter note, I doubt my husband will ever forget that I occasionally brought home some of the anatomy specimens to study and put them in our refrigerator. They were double-wrapped in plastic, but still....my hubby was nice about it though. My condolences to Dr. Allen's family and friends. He was a special person and I know that he will be missed by many.
Cindy Miller
September 6, 2018
May Almighty God and his son Jesus Christ bless you and your family in this time of sorrow. John 17:3
September 6, 2018
May God bless you and your family in this time of sorrow.
September 6, 2018
We are saddened to hear of Ted's passing, but so very thankful for memories and the times we were able to visit with him in these recent years. I will always cherish thinking of him of dancing at several recent family weddings.

Susan Casey Brelsford
September 6, 2018
Fellow Tree Hill Board member and friend of many years, Ted, in addition to his other attributes, was one whose deep human understanding led to great kindness and compassion.
Pat Jeremiah
September 6, 2018
Kenny and Carol,

Sorry to hear of Ted's passing.
Barbara Bartlett
September 6, 2018
My sincere condolences. Dr. Allen was my teacher and mentor throughout my entire JU student career. I'm glad he knew that I graduated with my PhD in microbiology and followed in his footsteps as a biology professor. I hope I teach and mentor students even a tenth as well as he did! Rest in peace.
Dianne Fair
September 6, 2018
Dr. Allen was a wonderful teacher. He will be missed.
Joy Hauge
Student
September 6, 2018
Dr. Ted Allen was one of the most inspirational men I've ever known. I met him as a freshman while at Jacksonville University, 1970. He was brilliant, organized and challenged his students to excellence. He was an integral member of our intramural basketball team which helped us win three championships in the 70's. After graduation I was privileged to become an occasional guest at the Allen kitchen table with Ted and his wife Susan. He became my mentor, friend, confidant and father figure over the years. Ted presented me with some of his wildlife paintings a few years ago which I will always cherish. I could never thank him enough for the impact he had on my life. I pray that GOD's Peace will rest upon his surviving family members.
Marvin Wells
September 6, 2018 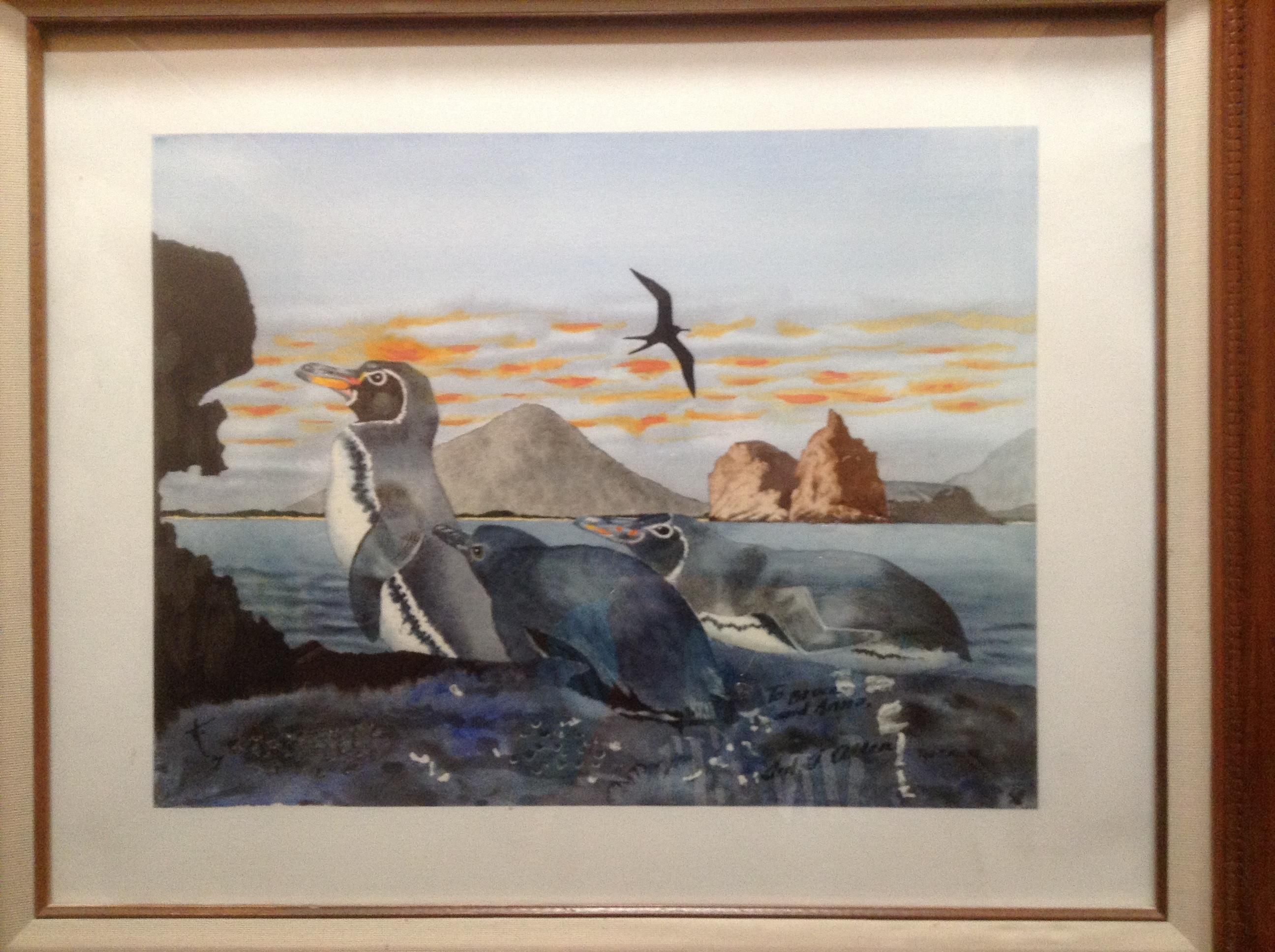 I first met Ted on our wedding night. He was my husband's professor in college, his mentor, and his 2nd father. "Hello Ted! Very nice to meet you!" He replied, "Likewise! Would you like to dance?" Dance we did! Every time we visited each other, we went dancing. He was so happy dancing. You could see it in his eyes and his smile.
On his first visit to our home in the mountains, he was up early with his camera doing what else? Birdwatching! He showed me a couple of rare birds that were migrating through. I never noticed. I just fed them and enjoyed their presence. I notice them now. When he got home, he sent some of the photos he had taken at our house.
We had just gone to the Galápagos Islands and he enjoyed all of our stories of 'Boobies'. Soon after, he went there. He sent us this painting. I cherish it.
Ted, say hello to my Dad and can't wait to dance with you in heaven!
Love, Love, Love to Craig and Tara!
Anna Jones
Anna Jones
Friend
September 6, 2018
Ted was an inspiration to students, fellow teachers and all who knew him. His contributions to the establishment of Tree Hill Nature Center are exemplary and prove that a single man can make a difference in the world.
Lucy Heine Cortese
September 6, 2018
Rest in peace, brother! As a little brother, you were my hero early on in life and remained so all these years. You set a high bar to follow with all of your accomplishments and your recent unrelenting fight to live on, will give all of us who loved you the spirit to "carry on" no matter to circumstances. Very few people have gotten more out of life than you, especially the past fifteen years. Thanks for setting the pace!


God Speed!
Kendall Allen
September 6, 2018
Ted was a wonderful teacher, mentor and colleague. He shared his love of biology, art and sports with faculty and students many of whom became his lifelong friends. My life is richer for having known Ted (aka Dr. Bird Guy to my now grown children).
LeeAnn Clements
September 6, 2018
What a wonderful tribute to Ted. He lived life to the fullest and in turn made this world a much better place. He inspired all who knew him to appreciate the outdoors and wildlife.I spent many hours sitting at his kitchen table chatting about anything and everything, many times a student would drop by to join in the conversation. Good times for sure.His neighbors loved him, his students respected him. We should all be so blessed. I'll miss him.
Cindy Brannon
September 6, 2018
Showing 1 - 19 of 19 results