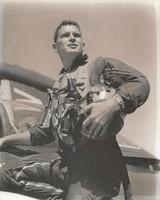 FUNERAL HOME
Hardage-Giddens Riverside Funeral Home
7242 Normandy Blvd
Jacksonville, FL
Kelt
Commander William Newby Kelt (USN, ret.) passed away peacefully at home on May 6, 2021, after a lengthy illness. Newby was a beloved husband, father, uncle and friend. He was predeceased by his wife of 49 years, Dorothy Powell Kelt but had his beloved daughters, Patti Kelt and Marci Oehler (Scott) and granddaughters, Kelly Simcox (Kade) and Carrie Wilson (Steven) with him until his passing. He was born in Decatur, Georgia on October 6, 1928, to Audrey Paulette Newby and Jack Kelt. He attended Virginia Military Institute before he transferred to the University of Georgia. He joined the Navy as a fighter pilot in 1950. He married Dorothy Ann Powell in 1952. He was dedicated to Naval service and had a love of aviation, especially the RF-8A Photo Reconnaissance Crusader. He performed many important missions throughout his career. He earned the Distinguished Flying Cross after flying a photo reconnaissance mission during the Cuban Missile Crisis. He served on the USS Kearsarge (VF-113) Enterprise (VFP-62), Forrestal (RVAH-12), and Shangri-La. Deciding against a promotion, and being stationed at the Pentagon, he accepted his final orders to navigate the Shangri-la out of Mayport NAS in 1969. He left the Navy after 20 years in 1971. He had a second career working in the City of Jacksonville Mayor's office with Hans Tanzler, Jake Godbold and Tommy Hazouri. He was Personnel Director and later, a Special Projects Administrator. When he retired from the City he and Dottie traveled throughout the United States visiting friends and family and having many adventures. He had many interests throughout his life. He was an avid fisherman, bird hunter and photographer. He made a kick-ass Bloody Mary, could whip up a great omelet and made many kinds of bean soup. He was a die-hard Georgia Bulldog in a house full of Lady Gators! He loved college football and said that watching golf encouraged good naps. He was a skilled storyteller, and it is speculated that he embellished more than a few. He used to recite poetry and break out into song to commemorate a moment. There was practically not a subject that he did not know something about or a problem he could not solve. He was the most amazing husband, father, grandfather, uncle, and friend. He was almost larger than life and we felt a shift in the force when he passed but he is woven into the fabric of our lives and will never be lost. He will be missed dearly until we are all together again. It was a wonderful life well lived and well loved. Peace be the journey with fair weather and following seas. The family would like to recognize the support provided by the staff at Heartland Hospice. We also had a team of wonderful caregivers whose help was invaluable and deeply appreciated. A dual interment of Newby and Dottie Kelt will be held at the Jacksonville National Cemetery on June 4 at 1:30PM. In lieu of flowers, please send donations to the Heartland Hospice, City Rescue Mission or Navy-Marine Corps Relief Society.
Please Sign the Guestbook @ Jacksonville.com

Published by Florida Times-Union from May 12 to May 30, 2021.
To plant trees in memory, please visit the Sympathy Store.
MEMORIAL EVENTS
To offer your sympathy during this difficult time, you can now have memorial trees planted in a National Forest in memory of your loved one.
Funeral services provided by:
Hardage-Giddens Riverside Funeral Home
MAKE A DONATION
MEMORIES & CONDOLENCES
Sponsored by Jacksonville.com.
6 Entries
Thank you for your guidance during our WestPac tour.
Robert Nordahl QM3
June 6, 2021 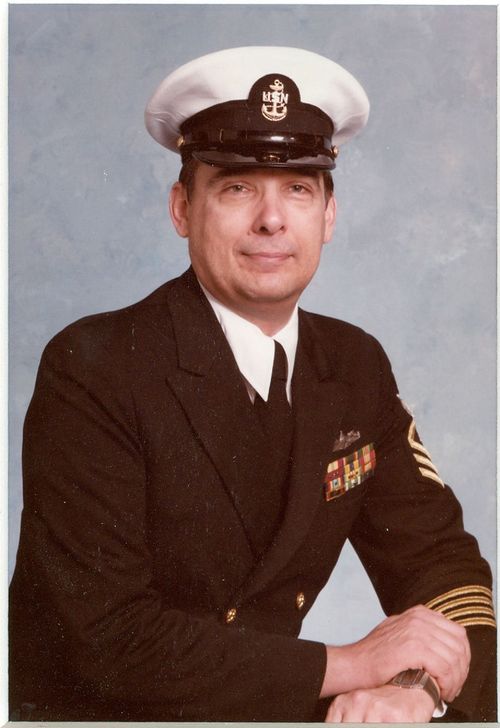 Commander Kelt (Newby as we called him) was the finest Officer and Friend I had Met in my Career in the Navy. I met him when I was transferred aboard the USS Shangri-La in November 1969 and had the privilege of serving as his Leading QM. He was my Mentor and Friend. I shall miss him and remember him. My Sympathies and condolences to his wife and family.
Robert E. Newland Jr. QMCS (SW) RET
Robert E. Newland Jr. QMCS (SW) RET
Served In Military Together
June 6, 2021
The Kelt Family,
While reading about Commander Kelt’s life I was reminded that My Father, Sr. Chief Charles M. Deveaux,Jr.(Charlie), was also on the Shangri-La when he retired in 1970 mid cruise, 1970.
So sorry to hear about your loss, Rest In Peace, Commander
As a family we also grew up in Jacksonville.

Condolences,
Randy Deveaux
Randy Deveaux
June 4, 2021
Patti and Marci,
We are so very sorry for your loss. Newby was a wonderful man who I admired greatly. His stories were always a source of delight for all who knew him. His quick wit was truly a gift. Receiving his "Dove shoot" letters were highlights of my years. Fall north Georgia leaf tours were made extra special for the family because of Newby. His humor, kindness, intelligence were why Newby never met a stranger. Our family is richer having had Newby for so many years. We were truly Blessed. Our thoughts and Prayers and love are with you. Naval aviator Newby fly high. You will be greatly missed.
Royce and Betsy
Royce Pharr
Family
June 4, 2021
W. Newby Kelt was a genuine American hero. From his days serving our Country as a distinguished Naval aviator and Navigator on aircraft carriers, when Our Country called, Newby answered. I worked with Newby during his long and successful second career as an outstanding governmental administrator for the City of Jacksonville, where he quickly grasped and overcame the sometimes difficult environment of Jacksonville politics. Newby served our City with Vision, Honor and Ability. May he rest in Peace.
John Keane
Coworker
May 31, 2021
Thank you, Veteran, for your service to our country; and thank your wife and family for the sacrifices and moves they made, through the years, in support of your career and mission. Please accept our condolences for both of your losses, especially as you inter both of your parents very shortly. May God comfort and strengthen you all.
May 28, 2021
Showing 1 - 6 of 6 results