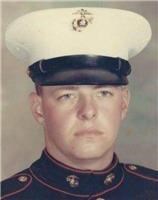 BORN
1949
DIED
2021
FUNERAL HOME
Kenyon Funeral Home, Inc.
214 West Main Street
Elkland, PA
Jon Arland Seely, 72, of Osceola, passed away Monday, Sept. 6, 2021 at UPMC Williamsport. Born Aug. 1, 1949 in Osceola, he was the son of Allen "Jud" and Doris (Brown) Seely.
Jon graduated Elkland High School in 1968 and not long after joined the United States Marines. He served a tour of duty in Vietnam receiving the National Defense Service Medal, Vietnam Service Medal with one star and Vietnam Campaign Medal with device. On July 2, 1971 Jon and Belinda got married. They have one son, Todd Richard (April) Seely and two grandchildren, Jacob Aiden Seely and Sloan Ashton Seely. Jon and Belinda were able to celebrate their 50th wedding anniversary on July 2, with the help of their son, daughter-in-law and grandchildren organizing a beautiful celebration dinner at Lib's Supper Club for family and friends.
Jon helped coach a little league team when his son was younger and played. He was also thrilled to have grandchildren and spent as much time as he could with them. Jon enjoyed spending time with his family and loved them all very much. Even though he was severally injured in a catastrophic construction accident in 1983, he never gave up on living his life to the best extent possible. When he was able, he enjoyed cutting firewood, hunting, fishing and spending hours with his labradoodles, Odie and Bailey. He always put his family first before everything.
Jon was a conservative Christian man who was kind to all. His priorities were God, Family and his Country. He was a member of the Woodhull Baptist Church and a member and past elder of the Osceola Presbyterian Church. He was a former director on the Tioga County Development Corporation. He was also a longtime director on the Osceola Township Municipal Authority, American Legion, NRA and VFW.
In addition to his wife, son, daughter-in-law and grandchildren, Jon is survived by several nieces, nephews, cousins and special cousins; Peg Marzo and Anna Smothers.
Friends of the family are welcome to gather at Kenyon Funeral Home, 214 West Main Street Elkland, Friday Sept. 10 for calling hours from 2 - 4 p.m. and 6 - 8 p.m. A service will be held Saturday, Sept. 11 at 11 a.m. with Mike Hale officiating followed by a burial at Fairview Cemetery in Osceola with military honors. Donations can be made to the NRA in Jon's honor. www.kenyonfuneralhome.com
Published by The Wellsboro Gazette from Sep. 9 to Sep. 16, 2021.
To plant trees in memory, please visit the Sympathy Store.
MEMORIAL EVENTS
Sep
10
Calling hours
2:00p.m. - 4:00p.m.
Kenyon Funeral Home, Inc.
214 West Main Street, Elkland, PA
Sep
10
Calling hours
6:00p.m. - 8:00p.m.
Kenyon Funeral Home, Inc.
214 West Main Street, Elkland, PA
Sep
11
Service
11:00a.m.
PA
Funeral services provided by:
Kenyon Funeral Home, Inc.
MAKE A DONATION
MEMORIES & CONDOLENCES
Sponsored by Kenyon Funeral Home, Inc..
0 Entries
Be the first to post a memory or condolences.