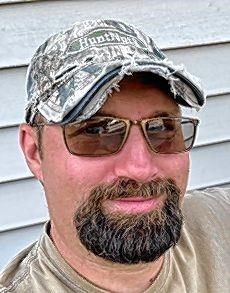 Stephen A.
Behun III
Stephen A. Behun III, of Hometown, passed away Saturday, Jan. 8, following a tragic accident. Steve was a beloved son, husband, and father.
He was born in Coaldale, the son of Stephen and Cecilia "Candy" (Flyzik) Behun Jr, also of Hometown.
He spent his early years growing up on Dutch Hill, in Tamaqua. He graduated from Tamaqua Area High School in 1991 and earned a degree in environmental resource management from the Pennsylvania State University in 1996. While he was at Penn State he was a member of the Penn State Boxing Team and the State College Martial Arts Academy.
He returned to the area and helped to develop and operate White Water Rafting Adventures, in Nesquehoning, with his Uncle Joe Flyzik. He spent many hours guiding on the Lehigh River and leading paintball teams through the woods. He eventually went to work for Carpenter Technology in Reading as an environmental engineer, working his way up to senior production/manufacturing engineering manager.
After a friendship that started at the Bungalow pool when they were 15-year-old lifeguards, he married the love of his life, Liz Pinkey, in 2005.
Steve played a starring role as the Wonderful Husband in Liz's weekly newspaper column, Life with Liz.
There is no greater accomplishment in Steve's life than his three children, Stephen IV, William and Katie. He was everything a father should be.
Steve was a true woodsman and loved sharing his love of the outdoors with anyone who knew him. Whether it was ice fishing, trapping, mushroom collecting, or hunting any kind of bird or animal, Steve excelled at it. After running beagles and fox hounds for years with his late uncle, William "Bozo" Krajcirik, he recently acquired two Airedales, Duncan and Henson, and spent many hours training and hunting with them. Steve and Duncan earned the AKC Junior Fur Tracking title this past fall. He passed his love of the outdoors on to his son William, who spent many hours in the tree stand and fishing with his dad.
Steve and his sons, and several friends, worked on rebuilding his fishing boat for over a year, getting it ready for a vacation in Maine, which he enjoyed with his family and longtime friends, Michael and Terri Joyce.
Steve supported his children in all their endeavors, stepping up to serve as a Cub Scout and Boy Scout counselor where his knowledge of the outdoors was put to good use, coaching for the Pine Grove YHEC organization, and being an active member of Tamaqua knee hi wrestling for many years.
Steve shared his birthday with his daughter Kate and they had a special bond from the moment she was born. He introduced his children to a wide variety of music, instilling a love of the guitar and vocal performance in his son Stephen.
He was always on the sidelines for baseball games, swim meets, music and dance recitals, and drama club performances. Whether it was giant pumpkin growing, chicken raising, or countless home repair projects, Steve made sure that his children experienced childhood for all it was worth.
Steve fought long and hard to save the coal region Catholic churches and Our Lady of the Angels Academy. He hosted the legendary game dinner at St. Cyril and Methodius, in Coaldale, for several years, and led the fight to keep St. Katharine Drexel from closing its doors.
Although he was busy, Steve always found time to enjoy the simple things in life: good friends, guitar music, stories around the campfire, and John Prine. He leaves behind many, many longtime friends who have many, many good memories of him.
Steve is survived by his wife, his parents, his children, his sisters, Sharon Behun of Harrisburg, and Kristen Wahl of Saratoga Springs, NY; his brother and sister-in-law Joseph and Eileen Pinkey; his niece, Sophia Wahl, nephews, George and Henry Pinkey; aunt, Mary LeMasters; uncles, Billy and Joe Flyzik; aunts, Dyan and Annie Flyzik; cousin, Matt Flyzik; and many other extended family members.
He was predeceased by his father-in-law, George Pinkey, with whom he had a close relationship.
His family will be starting a memorial scholarship in his memory to benefit the Tamaqua High School Wrestling program. Contributions can be sent c/o Liz Pinkey, 161 Lincoln Drive, Tamaqua, PA 18252. Contributions can also be made to "West Penn Youth Center" to benefit Scout Troop 755, 9 Ricks Road, New Ringgold, PA 17960.
Services: will be private at the convenience of the family. A larger celebration of Steve's life will be planned later this year.
The Lamar Christ Funeral Home, Hometown, is in charge of arrangements.

Published by Times News on Jan. 12, 2022.
To plant trees in memory, please visit the Sympathy Store.
MEMORIAL EVENTS
To offer your sympathy during this difficult time, you can now have memorial trees planted in a National Forest in memory of your loved one.
MAKE A DONATION
MEMORIES & CONDOLENCES
20 Entries
Liz and family, We were so sorry to hear of Stephen´s passing - a good life taken away too soon. You and your family are in our thoughts and prayers.
Lynda and Jim Zigmant
Other
January 18, 2022
So sorry to here about Steve, I will always remember the good times hunting with him in New Jersey, and working with him at carpenter.
Bill &Millie Dukmen
January 16, 2022
Dear Liz and family so very very sorry for your loss.You did not know me,but I felt I knew you all reading your column in the Times News every Saturday..I so looked forward to your stories. They always put a smile on my face. God love and bless you all during this difficult time.
Janice krock
January 15, 2022
My sincerest condolences to your family during this difficult time
Kathy Ricker
Other
January 14, 2022
Dearest Liz, G, A, and E, Please accept my sincere condolences for the loss of your WH. I only know them through your column but I do share your loss. Prayers for your entire family.
Jeanne
January 13, 2022
I don't know him or his family, but my heart breaks for his family. My deepest sympathy
Linda Paul
Other
January 13, 2022
I was so sorry to hear of this devastating news. Please know his influence was wide and deep. Our sympathies and prayers go to the whole family during this tough time.
Jonathan Sands
Work
January 13, 2022
My thoughts and prayers go out to your family and friends. May God keep them under his wing at this tough time.
Roberta (Creitz) Huegel
Other
January 13, 2022
Liz thinking of you and your whole family during this difficult time as I didn't know your husband personally through your posts and articles I knew he meant the world to you and your children ... He was truly a special human and I am so sorry for your loss
Kelly
Other
January 13, 2022
Prayers and heartfelt sympathy to Liz and her family during this tragic and sad time. We are very sorry for your loss.
Matt and Jennifer Mateyak
January 12, 2022
Such a gut-wrenching loss of an exceptional person and friend. Steve pursued the things important to him with unwavering commitment and passion, whether at work, home, or outdoors. He excelled at so many things and leaves behind countless wonderful footprints. I'll especially miss our hunting reunions, chasing turkeys in the woods or following Duncan through the fields for pheasants. I'll miss him tremendously. My deepest sympathy to Liz, the kids, and his entire family. Rest in peace buddy.
Matt Enoch
Friend
January 12, 2022
I worked with Steve at cartech and not always seeing eye to eye because we were both strong minded but we always seem to finish with him fishing with the boys and hunting adventures ,mine or his. May God keep watch over you as Steve will be too.
Steve Razzano
Work
January 12, 2022
Liz and family. My condolences on the lost of a great husband and father. May God bless you through the grieving of losing Stephen.
Tom Igo
January 12, 2022
Our thoughts and prayers are with you Liz and your family. Words cannot express how our hearts are breaking for all of you.
Cindy & Barry Messerschmidt
January 12, 2022
I am so very sorry to see this news today. It's been a long time since we worked together, but hearing Steve's stories about his outdoor adventures and about his family ... he was just so full of joy. My deepest sympathy to Liz and the kids and to everyone he touched.
Matt Shufran
Work
January 12, 2022
Words cannot express the deepest sympathy we send to you Liz and family.
Archie & Janice Edmonds
Other
January 12, 2022
Deepest Sympathy to you and your family..
Kareen & David Bleam
Friend
January 12, 2022
Sincere sympathy on your loss
Chris Santore
January 11, 2022
My deepest sympathy to all who loved him.
Suzanne Blanchard
Friend
January 11, 2022
I am so very sorry to hear of your tragic loss. Steve was a great guy loved by all. I will cherish the memories of our classes together. We laughed so much! He had such a great laugh! He will be deeply missed. My condolences to Liz and family.
ANGELA CHICKILLY
School
January 11, 2022
Showing 1 - 20 of 20 results