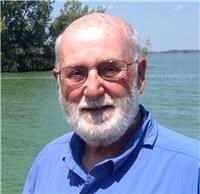 The Oak Harbor resident succumbed to leukemia on the morning of his 74th birthday, according to his wife, Kathy "Kady" Lerch.

Though known for a calm and gentle demeanor, Mr. Spangler was as fiercely devoted to improving Lake Erie as anyone, according to those who knew him.

His personality was one which gave him credibility with people from both ends of the political spectrum.

He took his role as a Great Lakes ambassador seriously by donating countless hours in his boat to help educate people up close about Lake Erie. He also spent hundreds of hours attending scientific seminars and public meetings across northwest Ohio, in Columbus, in Washington, and as far east in Canada as Quebec City, friends said.

Mr. Spangler was part a group of fishing-charter captains who came up with the idea eight years ago to pull water samples at a predetermined time each week, giving the Ohio Environmental Protection Agency and others a much broader geographical look at changing water-quality conditions throughout the summer.

U.S. Sen. Sherrod Brown (D., Ohio) said he always appreciated talking to Mr. Spangler "whether in Washington or his boat in the middle of Lake Erie."

"Anyone who knew Dave knew his passion for Lake Erie, a steadfast advocate for the lake, dedicated to bringing everyone together to protect our Great Lake," Mr. Brown said. "Ohio lost a true champion for the environment this week."

"He will be very sorely missed by many in the Great Lakes community and will be remembered for his lifelong dedication to protecting and improving our lakes," Mr. Portman said.

U.S. Rep. Marcy Kaptur (D., Toledo) said Mr. Spangler was "in a class all his own" and "a gentleman in the first order" who combined practical, real-life experience as a boat captain with a great understanding of science he picked up from some of the area's top researchers.

"Communities thrive with citizens like him. He became an expert but never wore on it his sleeve. Those individuals are exceptional," Ms. Kaptur said. "We're a better community because of him."

Said Lucas County Commission President Tina Skeldon Wozniak: "His passion and care for this most precious resource made him one of the most sought-after advocates to give insight on how serious the lake issues are. Dave was loved by many, a guy with a big smile, and a fishing story to add to the joy of being around him."

Born Oct. 21, 1946 in Defiance, Mr. Spangler became a first lieutenant in the Army and served for three years, including a tour in Vietnam. He was a Purple Heart and Bronze Star recipient.

Mr. Spangler retired from Johns-Manville after 37 years, where he worked as an operations manager in the Waterville plant.

He was licensed by the Coast Guard and operated a fishing charter boat in Lake Erie's western basin for 27 years.

Mr. Spangler served as Lake Erie Charter Boat Association vice president and became close friends with longtime president Paul Pacholski about 10 years ago. In 2014, he was the group's Captain of the Year.

He and Mr. Pacholski were inseparable partners at countless events.

"Dave and I fed off each other. I mean, we really did," Mr. Pacholski said. "Without question, he made me a better person and a better advocate.

"Everything we talked abuot was for the betterment of Lake Erie. I'm lost without him. I'm a high-energy guy with something glib or sarcastic to say. He held his cards a lot closer than I did."

"Dave and Paul were the ones I could go to to hear it straight," Mr. Butler said. "I will always respect him for that and his never-ending passion. He also was the one that would take me and my family fishing outside of work and spend many hours ensuring they have fun. He is a treasure lost."

Mr. Spangler also served as Lake Erie Waterkeeper president for several years, and served on the Lake Erie Foundation board of directors.

"He was a wonderful human being and a consummate advocate for all things Lake Erie," Mr. Logan said. "A very effective ambassador for sport fishing for Lake Erie and the entire Great Lakes.

"It's a big voice that's lost. The things he fought for are things that everyone in the entire Great Lakes benefits from. We should redouble our efforts in his honor."

"All Lake Erie users and everyone who gets their drinking water from Lake Erie owe David Spangler a huge debt of gratitude. We have lost a true champion and a great person," Mr. Reutter said.

Mr. Spangler served on Lake Erie Center for Fresh Water's advisory board and was recently appointed to the Tourism Ohio and the Great Lakes Fishery Commission advisory boards.

Kristy Meyer of Freshwater Future said she is "heartbroken" by Mr. Spanger's death and "his passing has been felt far and wide."

"Dave is a beautiful soul. He was kind, caring, loving, gentle, passionate and patient," she said. "He always greeted you with a smile and hug and always parted you with a hug. He loved being out on the lake fishing and educating decision-makers, the media and public on the importance of significantly reducing harmful algal blooms. He was everyone's 'grandfather.'"

Survivors include his wife, Kath "Kady" Lerch, whom he married in 2007; sons, Jared Lerch and Nathan Lerch; daughters, Courtney Cochran and Melissa Lerch; sister, Mary Engle, and three grandchildren. He was preceded in death by a brother.

A celebration of Mr. Spangler's life will be held in the spring of 2021. Dunn Funeral Home in Bowling Green is handling arrangements.

This is a news story by Tom Henry. Contact him at [email protected], 419-724-6079, or via Twitter @ecowriterohio.
Published by The Blade on Oct. 23, 2020.
MEMORIAL EVENTS
Funeral services provided by:
Dunn Funeral Home - Bowling Green
MAKE A DONATION
MEMORIES & CONDOLENCES
6 Entries
What a great guy never had a bad word for anyone and always greeted you with a smile, will surely be missed by other Charter captains and everyone who knew him!
Sib Randolph
Friend
October 23, 2020
I worked with Dave on fisheries conservation issues for many years. He was committed and passionate about sustaining the usefulness of our natural resources to benefit society at large; he gave much of himself to all of us. Dave was a contributor to a committee I chair that advises the state on invasive species issues. The loss of his valuable, informed contributions to so many projects in which I am still engaged will be felt. Road trips to survey out-of-state, inter-watershed headwaters; shared outreach programming at the grand opening of a sporting-goods mega-retailer; advisory committee meetings; misc. grant projects; etc. ad infinitum . . . I am saddened by this loss, but glad in having been enriched—by having known Dave and having benefited from our aligned interests. Lake Erie and the Great Lakes at large have lost a powerful advocate.
Eugene Braig
Friend
October 23, 2020
Dave was a true champion for Lake Erie sport fishing and water quality. It was a pleasure working with Dave on research projects and then chatting with him about hot spots and baits for walleye after our business was completed. He understood that fishing success and water quality are tightly connected. His advocacy for Lake Erie will be missed. He will be missed by all. My condolences to his family and friends.
Justin Chaffin
Friend
October 23, 2020
He was a great man an a great boss I work with him as machine attendant at Manville he will be missed very much
James Canfield
October 23, 2020
I knew Dave as a Lake Erie advocate and as a kind and generous man. He was a frequent presence at the many, many Great Lakes meetings I attended. Dave was always welcoming to me and enthusiastic in his inquiries about my work, even though his efforts were really the ones that were among the most important for the Great Lakes. He seemed to have boundless energy and was not hesitant to tell the truth about what Lake Erie needed, always in a way that moved the lake one step closer to being clean. And he was, in all of this, a volunteer who gave so much of the time he had to benefit others for generations to come. Jeff’s comment reminds me that I owe my sons a fishing trip and Lake Erie is going to be the place I make that happen next summer. I wish I had done so with Dave. My condolences and best to his family.
Joel Brammeier
Friend
October 23, 2020 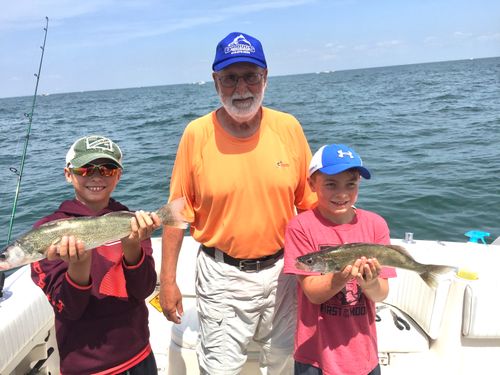 Lake Erie, Ohio, and the Great Lakes region lost a great champion and an even better person Tuesday with the passing of Captain Dave Spangler. Dave was a true gentleman and a wonderful spokesperson and champion for Lake Erie, sport fishing, and tourism. He served for many years as the President of the Lake Erie Charter Boat Association. Dave was everyone’s “go to” person when seeking a speaker to present some real-world impacts of harmful algal blooms on coastal businesses and charter captains and their clientele. I frequently found myself sharing the podium with Dave as we spoke about Lake Erie environmental problems and their impacts. I also frequently ran into Dave while walking the halls of congress speaking to our elected officials about Lake Erie and key issues. Dave’s biggest focus was on harmful algal blooms and changing agricultural practices to reduce the amount of phosphorus and nitrogen entering Lake Erie and thereby reduce harmful algal blooms. Dave was very generous and always volunteered the use of his charter boat for visitors during the Governor’s Fish Ohio Days on Lake Erie, including the 40th Anniversary event in July 2019. For about the last 10 years he was one of Ohio Sea Grant and Stone Lab’s volunteer charter captains who would collect water samples and algae samples to aid us in our research on harmful algal blooms. He also donated his boat and time to researchers from other universities and state and federal agencies. He had a big heart and a very kind and giving heart. He was a very humble man and incredibly thoughtful. When I wanted to take my grandsons on their first charter fishing trip in June 2019, I chose Dave as the captain. I knew he would make it a great experience for them and he didn’t disappoint. All Lake Erie users and everyone who gets their drinking water from Lake Erie owe David Spangler a huge debt of gratitude. We have lost a true champion and a great person.
Jeff Reutter
Friend
October 23, 2020
Showing 1 - 6 of 6 results