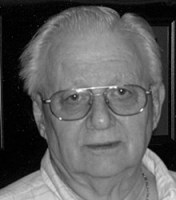 HAZLETT Donald P. After many months in hospitals and extended care facilities, Donald Hazlett passed away at Hospice of Northwest Ohio on June 23, 2010. Born in Ypsilanti, MI on September 17, 1932, he moved to Toledo as a young boy and since has lived in many places including Detroit, Imlay City, MI, New Jersey, Philadelphia, and most recently in Fort Lauderdale, FL, returning to Temperance, MI in 2009. He was a member of St. Clement Church in Toledo and a supporter of the Police and Sheriff Departments in Ft. Lauderdale. He also belonged to the Knights of Columbus and was a Fourth Degree. His school years were done in Toledo and Michigan. He joined the Air Force as a young man. Upon discharge, he went into business for himself in the restaurant and nightclub field. He quickly became an entrepreneur in this area, having clubs, restaurants and supper clubs in Detroit, Puerto Rico and Fort Lauderdale. At one time, he owned a gift shop and a liquor store. He was preceded in death by Harold Hazlett, father; Helenrose Dunlap, mother; stepfather, Bill Dunlap and stepmother, Helen Hazlett. He is survived by sisters, Marlene (Ray) Bable of Temperance and Debbie (Doug) Davis of Dexter, MI; brothers, Bill (Mary) Dunlap of Tennessee and David (Rhonda) Hazlett of the Upper Peninsula, MI; many nieces and nephews, and special friends, Joe, Steve and JR. Family and friends may visit on Sunday from 2-8 p.m. in the Sujkowski Funeral Home Northpointe, 114-128 E. Alexis Rd., with a Scripture Service at 6 p.m. Funeral Services will begin on Monday at 9:15 a.m. in the funeral home and continue with the Funeral Mass in St. Clement Church. Interment will follow in Ottawa Hills Memorial Park Cemetery. In lieu of flowers, memorial tributes can be given to St. Clement Church. Please view and share condolences at: www.sujkowski.com

Published by The Blade on Jun. 26, 2010.
To plant trees in memory, please visit the Sympathy Store.
MEMORIAL EVENTS
To offer your sympathy during this difficult time, you can now have memorial trees planted in a National Forest in memory of your loved one.
MAKE A DONATION
MEMORIES & CONDOLENCES
3 Entries
I had the privilege of being Don's lawyer for a number of years, but, more importantly, his friend for even a greater number of years. Don was a compassionate, caring man, and a hard, hard worker even into his "golden" years. Never asking for pity or for help during the tough times, he persevered even then. The GLBT community, the senior community, in Michigan, in Florida, in northern Ohio, all were privileged to have Don Hazlett travel our way. When physical problems and fraility beset him in recent times, he still didn't seek our pity and he passed doing it his way with strength of character and being. We shall miss him, of course, but even more so we are thankful for the many decades that we were blessed to have him with us.
George Maurer, Catano, Puerto Rico
George Maurer
June 26, 2010
he was a good man and a great friend to me. i have missed his friendship since he moved to florida. i worked for him for years and cherish the memories we shared.
joyce a kershner
June 26, 2010
thanks for shareing a portion of your life .you will be greayly missed. may god guide your soul thru all eternity , love always
frank klosinski
June 26, 2010
Showing 1 - 3 of 3 results