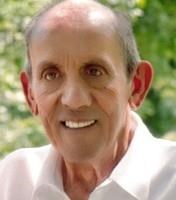 Many will know Duane as the long-time proprietor of the Peppermint Club and its later incarnation, the Country Palace.

Duane was born June 2, 1933 in Ada, Michigan to Charles and Geneva (Hood-Hood) Abbajay, one of 13 children.

In 1936, the Abbajay family moved to Toledo and settled into a large home on Superior Street. As a young man, Duane worked nights and weekends in his father's bar 422 Main.

Duane attended Woodward High School, where he was a star football player, tipping the scales his senior year at 260 pounds. His college football career at the University of Wisconsin was cut short after a back injury, an injury that would plague him for decades. He returned to Toledo where he worked for the George Freeman Construction Company in sales and management.

In 1961, an injury on a construction site led him to the nearest emergency room, where he met and fell in love with a young nurse named Mary Baldwin. They eloped six weeks later, honeymooning in the Black Hills of South Dakota, one of Duane's favorite places. In rapid succession, they had three children together, Bobby, Mary, and Stephanie.

In 1962 Duane took over a failing bar called the Peppermint Club in downtown Toledo at Jefferson and Ontario. Within a year, he had turned it into a hugely popular and successful night club, booking live acts including the Everly Brothers, Fats Domino, Jerry Lee Lewis, the Four Seasons, the Platters, and Chubby Checkers.

In the mid 1970s, when the country music craze began sweeping the nation, he closed the Peppermint Club and reopened it as the Country Palace. His instincts were right on the mark, and the Country Palace became one of the most successful Country & Western venues in the Midwest, featuring live music from singers like Charlie Rich, Charlie Pride, Crystal Gayle, Dottie West, Conway Twitty, Waylon Jennings, and others.

In 1977, a songwriter named Hal Bynum wrote a song about a sad scene he witnessed at the Country Palace one night. The song was "Lucille." Kenny Rogers recorded it, and it became a monster hit. It made Kenny Rogers a star and the Country Palace famous. People came from all over the country to see the spot where, "In a bar in Toledo, across from the depot, on a bar stool she took off her ring."

In 1983, his son Bobby died of sleep apnea while a junior at Kenyon College. In 1986, his wife Mary died of breast cancer. In 1988, he sold the night club and retired. An avid golfer, he often golfed 36 holes a day. When he wasn't golfing, he was watching baseball, clipping coupons, bargain shopping, eating at the Beirut, and visiting his children and siblings around the country.

In 1994, he met Karol Poth of Pemberville, OH. Together they golfed and traveled, and they loved visiting their children and grandchildren around the country. They were a loving couple for 23 years until he passed away this week.

Family and friends may visit on Tuesday, September 5, 2017, from 2 - 6 p.m, at the Ansberg-West Funeral Home, 3000 Sylvania Avenue (between Secor and Douglas Roads), where funeral services will follow at 6 p.m. In lieu of flowers or gifts, Duane has requested memorial contributions be made to the Robert R. Abbajay Memorial Scholarship at Kenyon College. They may be sent to College Relations Office, Kenyon College, 105 Chase Avenue, Gambier, OH, 43022.

Online condolences may be sent to the family at

It is with a heavy heart that I write this entry in this in my friends Guest Book.

I have known Duane since we were children; playing together at Lagrange School, Woodward High School football and the many late nights spent toghether in the old North end. So many fond memories of the moments and times we shared. Please know that Duane was loved by many of his friends and will be deeply missed.

I will pray for Duane and for you. May God embrace you and guide you through these tough time.

Please accept my deepest sympathy. May Duane find comfort, rest and peace.
Kenneth Hatzinikolis & Family
Friend
September 5, 2017
Stephanie and Family, I'm sorry that you have lost your Father. What a life! The people that he met, the things that he accomplished. Thinking of you. Ann Badasch
Ann Badasch
September 3, 2017 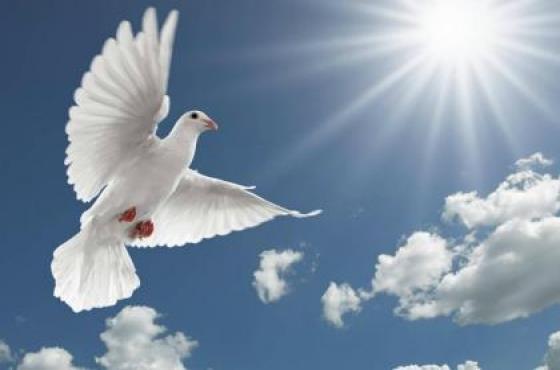 My deepest sympathy to the Abbajay family. My
thoughts and prayers are with all of you.
May you find comfort in the memories that are
yours to cherish always. And strength in the
companionship of all those who share your loss.
God bless his beautiful soul. And may God's
grace and peace be with you all.
Edward Rejsa
September 2, 2017
Mary You are in my thoughts and prayers

Lori Kurdys Keeler
Lori Keeler
September 2, 2017
A good man, good football player and friend.
Bob Morrissey
September 2, 2017
Dear Mary and Abbajay Family,
Condolences on your loss. You'll be in my thoughts and prayers.
John Sweeney
September 2, 2017
Stephanie..., "So sorry for your loss; God's blessings to you & your family"
Larry Mopps II
September 1, 2017
Very sorry for your loss, a wonderful man that I had worked for at the Country Palace for years, will be greatly remembered by many! Shared many good times while being a friend and employee of this intelligent, caring man.... So many memories. Rest in Heaven as you are reunited with your family.
September 1, 2017
its been many years since i saw you, i worked for duane for many years at the country palace, thats where i met duane, he always made every one special, will miss you r. i. p.
becky feltner
Friend
September 1, 2017
Shirley. My sympathies on your loss
Bernie Solomon
September 1, 2017
Dino,Mary & Stephanie,
My heart has been broken since your Dads passing. What a wonderful man! I could fill this whole entry with examples!
For 15 years, 7 days a week, I worked for your Dad. I felt like he was my Dad also!
He was the best boss ever! His kind & gentle spirit to everyone was a blessing in itself. I'm so glad I got to see him in July! He couldn't talk, but his reaction showed that he remembered me!
A note of thanks to Karol for taking care of him in such a beautiful way.
I will remember him in my prayers & the rest of my life!
Rest in peace DARLIN'
Stephanie Kuron
September 1, 2017
My deepest sympathy to the Abbajay family for your loss. May you find strength and hope in the God of all comfort during this difficult time.
September 1, 2017
RIP my friend! Thank you for all the beautiful memories, your clubs gave us over the years!
Carol Sue Huff ( Wathey)
August 31, 2017
My deepest condolences to the Abbajay children and family of my dear, fun-loving Uncle Duane. He will be missed, never forgotten, and always loved. Rest in Peace now, with Bobby, Aunt Marie and Aunt Mary.
Terry Rejsa-Gilman
August 31, 2017
Terry ("Bug", neice) Gilman (Rejsa)
August 31, 2017
Showing 1 - 16 of 16 results