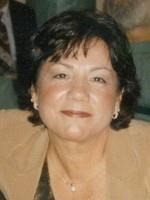 Leslie Barron Tamburro, who put hospitality on the menu of her longtime Mexican restaurant and worked to promote its neighborhood - historic downtown Perrysburg - died Nov. 28 in the Rossford home of her daughter Sunday Wiseman. She was 69.

She had pancreatic cancer, her husband, Richard Tamburro, said. The couple lived most recently in Sheffield Lake, Ohio.

She and her then-husband, Daniel Barron, opened Casa Barron in Perrysburg in 1981. Their first venture was the short-lived Venny's Hayloft in Rossford. That restaurant was named for Mr. Barron's grandmother Ventura Cavazos, who was the force behind the Mexican-style offerings at Loma Linda's, opened by Mr. Barron's parents, Connie and Darrell Barron. His aunt Adela Mundt later ran that restaurant and was matriarch of Ventura's and Barron's Cafe; his aunt Rhoda Baldwin operated Carmel's, and aunt Marie Hinojosa had Magdalena's Mexican Restaurant in Lambertville.

She drew on that experience.

"The Barron family guided her," Mr. Tamburro said. "She wanted to make sure that people were happy, to make sure the food was good and right, and it was. Nobody left there unsatisfied."

Daughter Wendy Carson said: "She was one of those who was a natural leader. She'd be next to you, working alongside you."

That would include kitchen duty, bartending, serving, or doing dishes. And the restaurant's staff stayed.

"It was family. You could feel it," said her sister Lisa Scott, who worked there.

Her sister Lori Vincent added: "She was very close to her customers. She got to know a lot of them. She worked so hard.

"She was well respected among the community and her friends. She had an awesome laugh. You could go into a crowded room, and you'd know where she was," Ms. Vincent said.

Mrs. Tamburro as president of Perrysburg's Downtown Business Association was an advocate for establishing a weekly downtown farmer's market. She was a former co-chairman of the city's holiday parade. She successfully won permission for cafe-style seating in front of Casa Barron, which she hoped would pave the way for other downtown restaurants to open patios and invigorate nightlife.

"I thought I would get everyone else started," she told The Blade in 2006. "I'll do whatever it takes for downtown Perrysburg."

Since 1994, she and her daughters were owners of Casa Barron. When she stepped away from daily operations about 13 years ago, daughters Wendy Carson and Sunday Wiseman stepped in.

"She was proud of us," daughter Wendy said. "She did all this and raised us girls to run this place and be strong females and be good at this."

The restaurant closed in June, and a sale is pending, daughter Wendy said.

She and Mr. Tamburro lived for about a decade near Las Cruces, N.M. She became a school bus driver - and president of the drivers' union, the Las Cruces Transportation Federation, taking the lead in negotiating contracts with the school district. In 2011, she received an "Everyday Hero" award from the American Federation of Teachers-New Mexico at its annual convention.

Mary Leslie Tammerine was born Jan. 22, 1952, in Toledo to Verna and James Tammerine and grew up in the Reynolds Corners neighborhood of the former Adams Township. She attended Rogers High School and for a time in her youth lived in southern California.

As a teenager, she raced motorcycles. Riding remained a favorite pastime.

She was formerly married to Daniel Barron.

Friends will be received from 2-6 p.m. Sunday at Witzler-Shank-Walker Funeral Home, Perrysburg.

The family suggests tributes to Hospice of Northwest Ohio or the Leukemia Foundation.
Published by The Blade on Dec. 5, 2021.
MAKE A DONATION
MEMORIES & CONDOLENCES
4 Entries
Sunday and Eric it is with much sadness when I learned of your moms passing. I remember her laugh and zest for life. Our thoughts and prayers are with you.
Barry and Pam Marshall
December 14, 2021
So Sorry to hear this.She was a wonderful person and freind.Always made me laugh.
Eric Risner
December 7, 2021
We admired Leslie and all that she had accomplished, she was a good friend and we will miss her.
David and Nancy Dermyer
Friend
December 6, 2021
Loved working at Casa Barron!! was my first bartending job ever!!! Great family Great place!!!
Mark Parker
Work
December 5, 2021
Showing 1 - 4 of 4 results