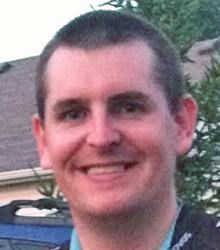 Matthew John Billings, 33, died suddenly on Thursday, September 17, 2015, of injuries sustained in a collision while cycling.

Matt was an avid outdoor enthusiast who loved cycling, hiking, camping, and boating. He frequently took trips to the Smoky Mountains where he felt at home in nature. He was savvy with computers and loved rooting for Ohio State football and basketball. His passions also included his two cats, Oliver and Riley.

Matt was born on July 16, 1982, in Toledo, OH. He graduated from Anthony Wayne High School where he played soccer and excelled in arts and with computers. He graduated from the University of Toledo with a degree in computer networking in 2007.

Following graduation, Matt worked for OBS Financial Services in Whitehouse, OH. During that time, he fell in love with cycling and began cycling in the Toledo Area Bicyclists (TAB) group. He rode in countless fundraisers such as Bike to the Bay to raise money for Multiple Sclerosis. Matt was known to be helpful to new riders and encouraged those he rode with. He continued this passion when he moved to North Canton, OH with his family. He began working for the Bernie Moreno Companies in the area doing computer networking and such.

Since moving, Matt had poured his energies into renovating his new home. He took pride in building a new deck and creating an enjoyable life for his family. He recently bought a boat and enjoyed taking people out whenever possible for their benefit. His cheerful smile helped bring joy to those in his daily life.

Matt was an amazing husband, father, brother and son to his family. He was adored by his daughter and close friends and loved his two girls with all his heart. He had a heart for nature and the beauty that could be found in it. The world is a lesser place without Matt in it.

In lieu of flowers, a remembrance fund has been established in Evelyn's name to carry on Matt's legacy of providing for his family. It will be used to ensure Evelyn's future is secure, especially for her education. Donations can be made at any Key Bank branch in Northwest Ohio by just providing her name. If you would like to give at another branch, please contact Brian Billings for the account number. Or checks can be made out to Evelyn Billings and sent to P.O. Box 2752, Whitehouse, OH 43571.

To share a memory, send a condolence, light a candle or send flowers, visit the tribute wall at