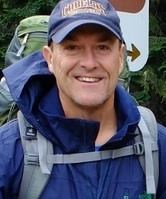 Patrick "Pat" Arnold Beck age 63 of Priest River, Idaho, formerly of Millbury, Ohio, was called home to the Lord on Monday, April 10, 2017 after an 18-month battle with pancreatic neuroendocrine cancer. He was born on September 4,1953 in Toledo, Ohio and grew up in Erie, Michigan. On October 13, 1978, he married Mary Wilson of Lemoyne, Ohio.

Pat graduated from Monroe Catholic Central High School in 1971, and went on to receive a Bachelor's degree in criminal justice from Eastern Michigan University. Pat decided to change career paths and became a registered nurse, graduating from Owens Community College in 1984. Pat dedicated nearly thirty years of his life to helping others as an Emergency Room Nurse at St. Charles Hospital. He was consistently recognized by hospital staff, administrators, and patients for his compassionate care and incredible work ethic. He also received two awards from the Safety Council of Northwest Ohio, including the Good Samaritan Award in 2002 for assisting in a full cardiac arrest, and the Award of Heroism for his rescue efforts after the Millbury tornado in June 2010.

He retired in 2014 and moved with his wife to their dream home in the Idaho panhandle. He was an avid outdoorsman and enjoyed hunting, trapping, fishing, and hiking. Pat had a green thumb and nurtured a beautiful garden and orchard throughout his life. Pat was also a devoted Christian who most recently attended North Summit Church in Sandpoint, Idaho.

A celebration of life service will take place in Idaho in July. In lieu of flowers, the family asks that you make a donation to The Healing Net Foundation (thehealingnet.org) in memory of Pat. The Healing Net educates medical professionals about this rare form of pancreatic cancer.
Published by The Blade on Apr. 14, 2017.
To plant trees in memory, please visit the Sympathy Store.
MEMORIAL EVENTS
To offer your sympathy during this difficult time, you can now have memorial trees planted in a National Forest in memory of your loved one.
MAKE A DONATION
MEMORIES & CONDOLENCES
29 Entries 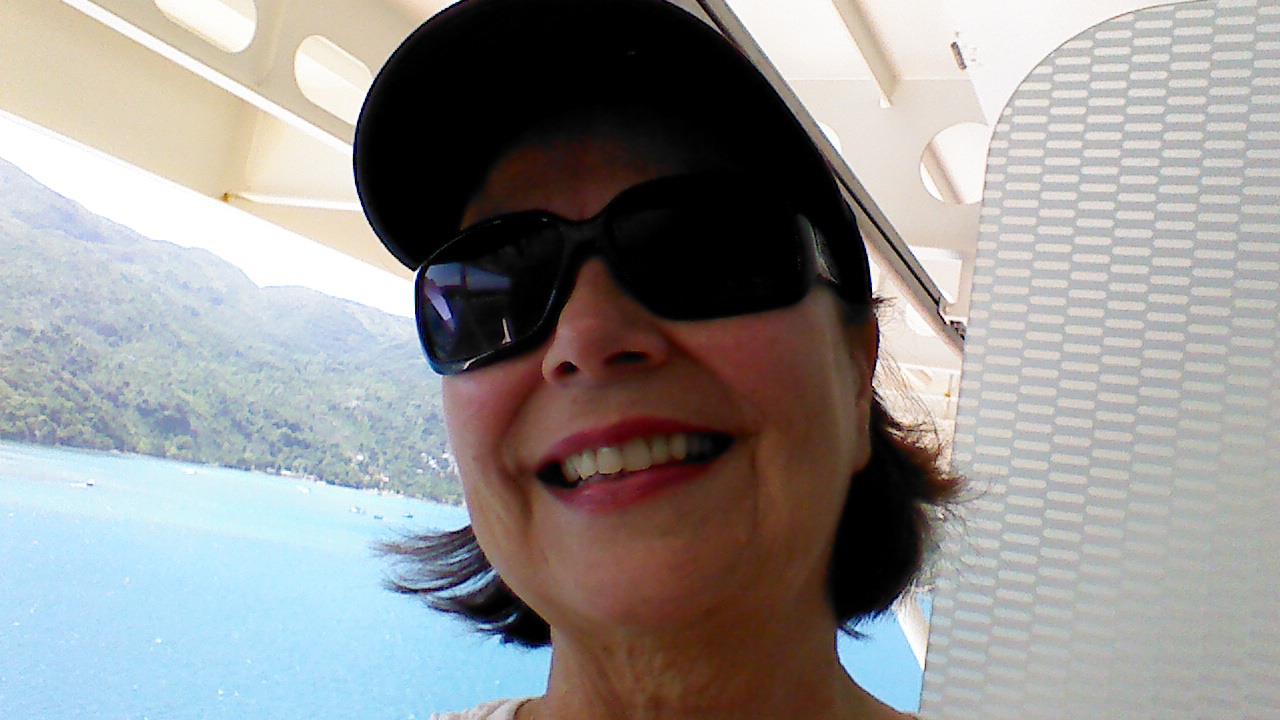 Ted and Georgetta. I am so sorry to just learn of your son's passing. May God take care of you both and all of the family.Judy Manore Sills
Judy Manore Sills
January 15, 2018
Just learned this evening. Why is it the good ones always are taken too soon? Mary and Family, I've known your Pat since nursing school, we were two of forty in the first night class. Then we worked together for more than a decade at St. Charles ED. Pat was one of the most admirable persons I've ever had the pleasure of knowing, he has left his imprint upon my heart. He loved his family, his God, and his work. He was an absolutely dedicated nurse, smart, intuitive and always crusading for the right thing. He was also very real, witty and a true delight in my life. I'm so sad his life was short, I look forward to seeing my buddy again one day. May God's blessings rain down upon you all, Pat was never shy about telling of his love for you all.
Becky Stevenson
November 27, 2017
Mary Was so sad to hear about Pat. You are in my thoughts and prayers.

Linda Keller
April 27, 2017
Pat was truly an honorable man. I will miss him as a friend. My condolences to Mary and the family
Todd Sudick
April 23, 2017
Mary, Matt, Heather & Michael, We are so sorry for your loss. What a terrific man he was. We always looked for him when we took mom or dad to the ER because of his genuine concern and care. We were sad when he told us he was leaving for Idaho, but we are glad that he had the chance to spend some time out there. Vicky & Brad Alexander
Vicky Alexander
April 17, 2017
So sorry to hear about your loss. Pat and I were friends growing up in Erie. I always thought very highly of him and the whole Beck family. I still see his parents every week at church.
Kris Cousino
April 16, 2017
Mary and family, We are so sad to learn of Pat's death. We remember how involved he was in your family and took the time to attend to each of you. He had patience and love but was not afraid to disagree. You have so many good memories, treasure them always. We will miss him too! Greg and Diane Towner
Greg Towner
April 16, 2017
OH Mary... I am so sorry to hear this! My thoughts and prayers are with you and your children at this difficult time! So glad you were able to live your dream the last few years in Idaho! Prayers to you all..
Susan Kingery
April 16, 2017
Prayers for you and your family. You guys were such wonderful neighbors and I have so many fond memories. Not to mention all the times you treated me in the ER or visited me when I was sick. Rest easy!
Scott Moell
April 16, 2017
oh Mary...... I am so sorry to hear this! My thoughts and prayers are with you and your children. May God hold you and your family in his hands. So glad you both were able to see your dream in the past few years in Idaho!
Susan Kingery
April 16, 2017
Mary,
I'm so sorry to hear about this. I think of you and Pat often. I am praying for you and the rest of your family during this difficult time.
Erica Kusian-Hunt
April 15, 2017
I am so sorry to hear about Pat. He was such a kind man.
Kim Drummond (Kusian)
April 15, 2017
So sorry to hear of Pat's passing. He was wonderful person and great nurse!
Wayne & Marilyn Behm
April 15, 2017
We are deeply saddened by the death of our friend & neighbor. Pat & Mary demonstrated great courage & faith during his battle with cancer. Our thoughts & prayers go out to his family.
Pat & Val Dutkovich
April 15, 2017
Pat was (and still is) my brother. This memorial is a very accurate, unvarnished summary of Pat and who he really was.

Such tragic loss of a good man.
Tim Beck
April 15, 2017
Pat was an amazing man and incredible nurse. I speak of him fondly and often, even though I hadn't seen him since I left St Charles many years ago. He made a positive impact on everyone around him. I'm terribly sorry about this loss. My deepest condolences to the entire famimy.
Dina Donaldson
April 15, 2017
Pat was a great nurse and man he took great care for my dad and sister as well I always enjoyed talking with Pat every time in the er we talked Glassman ! My thoughts are with your family
Mark Majer
April 14, 2017
So very sorry for your loss!! I used to work with Pat at St. Charles. A great co-worker, person, and the BEST ER nurse that ever took care of me. Sending prayers to the whole family. Pat was the nurse you wanted taking care of you in the ER!!
Karen Roby
April 14, 2017
As the wife of a multi-visit patient of Pat's, I just have to simply say "thank you". You took care of Greg with a great sense of humor and a ton of patience. You were one of the best nurses that Greg has ever had. We missed you when you left St. Chas and we miss you even more now.
Janine Contat
April 14, 2017
I retired from St. Charles about the same time as Pat. I was on the same rotation for ACLS and Pat always made it enjoyable while learning. Mary, you and your family please except my deepest condolences. One day we will all be together in Heaven.
Debbie Ducket
April 14, 2017
Debbie Ducket
April 14, 2017
I'm saddened to hear of Pat passing away and recall many years of having the priviledge of working with him and being apart along with of the work family at St Charles Hospital. Pat truly was a compaasionate, caring and loving indiviual and truly demostrated his desire to care for others. As I take a moment and reflect on the past regarding my relationship/friendship with Pat I'm Blessed God aloud our paths to cross. I pray the family, friends & all who knew and loved Pat find peace and are aware that Pat has gone home to be with our Heavenly Father. I pray that the peace we all find allows us to reflect and know Pats journey, his life story, all the memories that have been made is now complete. Pat, you'll be missed & remebered & loved until we see you again.
Steve Kreager
April 14, 2017
Pat was so respected for his medical knowledge and his compassion for the patients and their families. Toward the end of his time at St. Charles, every time he saw me he would show me the latest pictures of his new home he and Mary were building. He was so excited about that. Mary & Family, please be assured of my prayers for comfort for all of you.
Rev. Sherry Schermbeck
April 14, 2017
Pat Beck you are a rare bird, fly high my friend !!!
Evelyn Rayburn
April 14, 2017
Worked with Pat for many a year. He gave his heart and soull for his profession and his patients. Am proud and happy to have known him.
My wife and I send condolences to his family, and pray for him and all those dear to him.
Dr. and Mrs. Sydney Fernandes
Sydney Fernandes
April 14, 2017
Pat was such a great all American down to earth kinda guy! Heaven definitely received an angel!! Rest in peace Pat!! Prayers and thoughts are with all of his family and friends.
Roger and Lori Schultze
April 14, 2017
Hello Mary and Family - my deepest condolences on Pat's passing. I have a lot of great memories from the days at St. Charles.
John Klocinski
April 14, 2017
Dear George and Ted

SO SAD TO READ ABOUT PAT. HUG AND PRAYERS TO YOU , MY FRIENDS.


LOVE PAT AND CHUCK JACKLITCH
Patricia Jacklitch
April 14, 2017
Mary and children, This is a tough time but try to remember and share your memories because it is through this that you will have the opportunity for healing over time.
Kris Flickinger
April 13, 2017
Showing 1 - 29 of 29 results