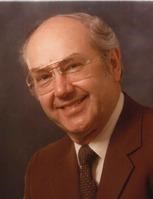 He died of diabetes and dementia, from which he suffered for the past two and a half years, his family said.

Mr. Cole was honorably discharged from the military in 1946. Upon his return, he continued to attend Denison University in Granville, Ohio, where he had studied before joining the military. Although he didn't complete his undergraduate studies at Denison, Mr. Cole had a special connection with the university, his daughter Cindy Kluczynski said.

He completed his undergrad in 1949 at the University of Toledo and graduated as a doctor of dental surgery from Ohio State University in 1952.

Like his father, who worked in a dental lab, Mr. Cole chose a career in dentistry. He started in general practice in Toledo and later specialized in pediatric dentistry. When he discovered he wasn't busy enough, he returned to general practice, Mrs. Kluczynski said.

"He loved his patients and they became like family to him," Mrs. Kluczynski said. "People felt very comfortable there. We always joked that the dental office had more furniture than our home."

His passion for dentistry didn't stop there. Mr. Cole volunteered to help those who couldn't afford dental care and served on a committee that persuaded the city to add fluoride to its water supply.

Mr. Cole was also an avid tennis player and golfer, who could play any instrument he could get his hands on, she said. These instruments included a trumpet, trombone, and piano among others.

"He didn't read music, but chords," she said. "Back in the '50s and '60s, restaurants would have organ [players] or pianists, and if they were taking a break, they would ask my dad to come and play."

She added that even during his time at Pathways, a place for people with memory care, Mr. Cole's strong personality shined.

"I knew he was still in there when I could get a smart comment or a funny remark from him," Mrs. Kluczynski said. "My dad was very vocal and interactive. He maintained his manners and positive interactions with people."

He was a funny, sarcastic, well-mannered man, who treated others with respect, she said.

Visitation will begin at 10 a.m. Friday at Reeb Funeral Home, 5712 Main St. in Sylvania. A service will follow at noon at the funeral home. Burial will be at the Historic Woodlawn Cemetery in Toledo.

This is a news story by Areeba Shah. Contact her at [email protected] or 419-724-6066.
Published by The Blade on Aug. 9, 2018.
MEMORIAL EVENTS
Aug
10
Calling hours
10:00a.m. - 12:00p.m.
Reeb Funeral Home
5712 North Main Street, Sylvania, OH
Aug
10
Service
12:00p.m.
Reeb Funeral Home
5712 North Main Street, Sylvania, OH
Funeral services provided by:
Reeb Funeral Home
MAKE A DONATION
MEMORIES & CONDOLENCES
2 Entries
I met Ralph and Marcy many years ago when they first moved into Browning. It was always a pleasure to be of service to them. Years pasted quickly. Marcy passed and Ralph was transfered to the memory care unit. I was also transfered to work there. It was an honor to care for him and we shared some great conversations. He always asked about my latest trip or adventure He always made me feel special when clear up to the end he would recognixe my voice and call me by name. I felt that we were not just resident and caregiver but friends. I'm sorry that I will not be able to attend his service but my thoughts and prayers are with the family. Rest in Peace my dear friend..
Donna Davis
August 9, 2018
I'm so sorry that I am out of town and won't be able to tell you in person what a soft spot I have in my heart for your dad. He was one of a kind! Blessings to your family as you say your final goodbyes.Marilyn London
Marilyn London
August 8, 2018
Showing 1 - 2 of 2 results