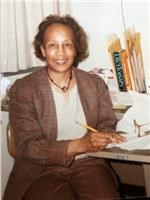 My wife, Vaia and I send deepest sympathies to you and your family. Please accept our deepest condolences for your loss. I remember your mother was a well regarded Trenton teacher.
John Vanellis
April 30, 2021
I wish I had known Mrs Green, what an extraordinary life! I am sure she has taken a seat close to her Lord in Heaven.
Kate Harrison
Acquaintance
April 29, 2021
To the family of Mrs. Evelyn Green, please accept my sincere condolences on your mother's passing. Mrs. Green had a kind, warm, and sweet spirit, and always greeted everyone with a smile and a kind word. I will certainly miss seeing Mrs. Green at Trinity Cathedral. Please know that you are all in my prayers.
Judith Miller
Friend
April 27, 2021
It was a delight to have made Mrs. Evelyn’s acquaintance! What a sweet, beautiful, and elegant woman! May she Rest In Peace and rise in glory! Prayers have gone up for comfort and peace for your family❤!
In His Love,
Drs. Gail & Phil Lewis
April 27, 2021
May you rest in peace Mrs Evelyn Green. Family know that we will continue to keep you all in our prayers.
Annette Scruggs-Tate
Friend
April 27, 2021
Showing 1 - 7 of 7 results