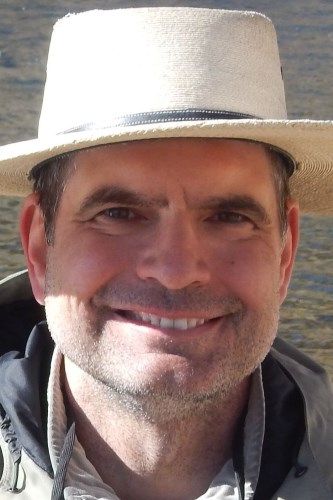 Family and friends of Alexander "Alex" McLain Rose announce the first recipient of the Ranger Alex Rose Memorial Scholarship at Western Kentucky University. Rose passed away September 4, 2019 at the age of 47. He was born in Nashville, TN on May 2, 1972 at Baptist Hospital to Sandra Kaye Hamlett Rose (New Orleans, LA) and Dan McLean Rose (Cookeville, TN), both originally from Nashville, TN. He was the beloved grandson of the late former community leader and Nashville dairy executive, Mr. T. Harold Rose (1918-2011). Rose has been an endeared and respected member of the Casper, WY community since 2007, when he first established residency in Casper, and those years were the happiest of his life.

Rose lived an authentic life and loved simple pleasures such as striking a fire with flint and steel, catching fish, and frying it camp side in an iron skillet, and cooking biscuits by scratch over campfire in a cast iron oven. A classic benevolent stump philosopher, he will be remembered for his determined mindset, larger-than-life persona, handsome charm, bright smile, the twinkle in his eye, and his gentle, compassionate, kind, empathic soul.

Rose lived a full, robust, and adventurous life! Throughout his childhood, Rose endured countless moves, living in many households, attending eight schools in Nashville, TN, Austin, TX, and finally Jacksonville, FL, graduating from Terry Parker High School. All the change growing up contributed to his ability to adapt well and connect easily with people. He established residential stability when attending college at Western Kentucky University where he earned a Bachelor of Arts in 1995. With a degree in Public Relations and a passion for writing, history, and philosophy, Rose was known by fellow collegians for his staunch political views and sharp debate skills, once drawing crowds while famously winning a public debate with a WKU professor.

After college, Rose started a career in public relations at Business Wire in Nashville, TN, but whenever he could escape from work, he fostered his love of nature, fly fishing, hiking and other adventures. After an extended Alaskan hike among the bears in Denali National Park, as well as a Huckleberry Finn-style canoe trip down the Mississippi River in 1999, his insatiable appetite for adventure was unleashed! It was then in the spring of 2000 that Rose walked away from his corporate job to thru-hike the Appalachian Trail from Georgia to Maine. That six-month adventure is an accomplishment many pursue but few complete, and an experience that changed the trajectory of Rose's life.

The hike on the Appalachian Trail ultimately launched an 18-year career in the outdoors, working for the National Park Service, U.S. Department of Forestry, and the Bureau of Land Management (BLM). Rose was the epitome of the classic all-American Park Ranger and he developed into a public figure famously known to folks across the world as "Ranger Rose". He delivered his storytelling programs to audiences with an infectious passion and captivating style. To memorialize his contribution to the BLM, friends and coworkers established a permanent memorial engraved in the wall at the entrance of the National Historic Trails Interpretive Center in Casper, WY where Rose made a notable impact not only as a Park Ranger, but on the Casper community. Rose was an avid fly-fishing angler and was also remembered with a memorial by the Wyoming Fly Casters, an organization which Rose once served as President; during his term Rose was recognized by Wyoming U.S. Senator John Barrasso for his advocacy of preservation of notable Wyoming fishing waters. In 2014, Rose was promoted by the BLM, and at the time of his death he worked as the Supervisory Park Ranger at the California Trail & Interpretive Center in Elko, NV. Ultimately, one of Rose's greatest life accomplishments was making his mark doing work that he loved.

Rose was an inspiring mentor to many, coaching countless student interns and connecting with folks from all walks of life. He was also widely regarded by friends young and old as a good listener, with the heart of a diamond. Rose collected positive energy from people around him, and was famously known for his skilled swing dancing skills, which he first learned after graduating college while frequenting his old "haunt", Robert's Western World (aka "Robert's") on Broadway in Nashville, TN. Following Rose's death, friends and family gathered to celebrate his life at Robert's, to include a performance by an old friend of Rose's and owner of Robert's, JesseLee Jones, the lead singer of Brazilbilly. A memorial to Rose now sits on the wall at the entrance of the world-famous honky tonk, a nod to Rose's life and his southern Nashville roots. A fitting memorial, as Rose spent his entire career impacting folks worldwide through his Ranger programs; now his warm smile and infectious twinkle in his eye will greet people from all across the world who walk through those iconic doors at Robert's.

Rose was also dearly loved by grandparents, Mr. and Mrs. Thomas and Sarah Hamlett, Mr. and Mrs. T. Harold, and Winifred Stetson Rose, all predeceased and playing a significant role in rearing him during his youth. Rose had a particularly close relationship with his paternal grandfather, T. Harold Rose, and in fact Rose held his grandfather's hand at the time of his death in 2011. Rose made an unforgettable mark on the hearts of many who love him, and countless others who will never forget him. He loved his family and was a fiercely devoted husband to his wife of 12 years, Alice Erin Brasfield Rose of Homewood, AL; Rose stated that one of his greatest legacies in life was taking care of his wife.

Rose's cremains were spread on Tennessee soil in the Great Smoky Mountains National Park, his favorite portion of the Appalachian Trail, and the place where his adventurous park ranger career was birthed. To honor Rose's life and his belief in education, an endowment fund is set up at Western Kentucky University's College Heights Foundation. Ms. Georgia Woodall of Franklin, KY is a junior at the university and the first recipient of the endowed scholarship for the 2021-2022 school year; Ms. Woodall's dream is to one day work as a Park Ranger for the National Park Service.

Those wishing to contribute to the Ranger Alex Rose Memorial Scholarship endowment fund may contact the WKU College Heights Foundation at 270-745-4597. 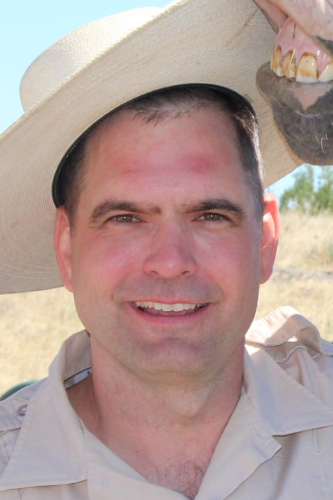 Published by Casper Star-Tribune on Sep. 12, 2021.
To plant trees in memory, please visit the Sympathy Store.
MEMORIAL EVENTS
To offer your sympathy during this difficult time, you can now have memorial trees planted in a National Forest in memory of your loved one.
MAKE A DONATION
MEMORIES & CONDOLENCES
0 Entries
Be the first to post a memory or condolences.