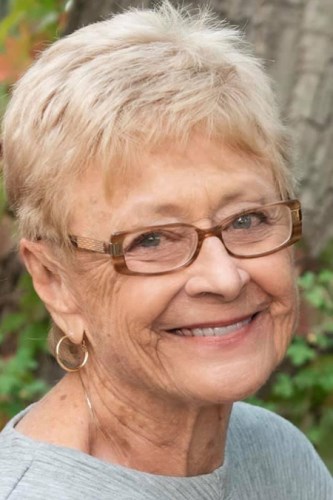 GILLETTE - Alice Walk (Peckham) Bratton, 85, of Gillette, Wyoming, passed peacefully at RiverStone Health Hospice Home in Billings, Mont. on the morning of March 22, 2021, after a brief battle with cancer. She was given the best of care by the staff, and her family and many friends were able to visit her there.

Alice was born on Halloween, 1935, in Billings, to John Walk "Jack" Peckham and Dorothy Lucille (Smart) Peckham. She attended McKinley Elementary, Lincoln Junior High, and graduated from Billings Senior High School in 1953. She went on to attend Montana State College in Bozeman, where she earned an undergraduate nursing degree. In 1960, she was one of the first to graduate from MSC with a master's degree in nursing.

While working on her degree, Alice met the love of her life. On February 8, 1959, Alice married Richard "Dick" Bratton. Soon they started a family, welcoming son Richard John in 1960, son Randall James in 1962, and daughter Beth Imogene in 1964. Over the years, Alice and Dick made homes in Newcastle, Wyoming; Lead and Custer, South Dakota; and then again in Newcastle. In each of these cities, Alice practiced nursing in an array of settings from hospitals to doctors' offices to schools, caring for infants and seniors and everyone in between. In 1986, they settled permanently in Gillette. Dick passed in 2004, but Alice continued to make Gillette her home.

In 1986, she joined the Gillette Campus School of Nursing as a faculty member, helping the school transition to an associate degree nursing program and establishing standards for excellence in instruction. Even after she retired in 1995, Alice continued to contribute to the growth and development of Gillette College by serving as chair of the Nursing Advisory committee. She was also a member of the College Advisory Board and Campus Master Planning Committee. Alice assisted in the development of a Clinical Excellence Scholarship and established the Richard Bratton Memorial Scholarship for nursing students. This scholarship will be renamed the Richard and Alice Bratton Memorial Scholarship and will annually benefit one business and one nursing student at Gillette College. In 1995, Gillette College honored Alice by asking her to deliver the commencement address to that year's graduating class. Her speech took inspiration from The Lion King's famous catchphrase "hakuna matata," meaning "No worries."

Alice was an active member of the Gillette community. She advocated for the health, development and wellness needs of the residents of Gillette, serving on the Children's Developmental Services of Campbell County Board for 12 years. She also served on the Campbell County Memorial Hospital Home Health Care Advisory Board, Close to Home Hospitality Advisory Committee, Neighbors of the Manor (Pioneer Manor) Advisory Committee, and Legacy Advisory Board. In 2008, Gillette College of Nursing dedicated the Alice Bratton Wing in her honor. In 2015, Alice was awarded the Campbell County Health Care Foundation's "Outstanding Healthcare Provider" award. In 2020, Alice received the distinguished Spirit of Gillette College Award. Her dear friend Norine Kasperik drove to the RiverStone Hospice Home in Billings to present Alice the award. At the end of her life, Alice benefited from all of the agencies she had dedicated her life to serving.

Alice and Dick lived a life of service to the Lord. They worshiped at Holy Trinity Episcopal Church and that amazing community of people surrounded, embraced, and fully supported Alice through her faith journey. She was a member of Daughters of the King and participated in bible study.

Dick certainly influenced Alice's involvement in the political scene. Both were staunch supporters of the Campbell County Republican Central Committee and both took an active role in Senator Mike Enzi's successful U.S. Senate campaign. Through their political activism, they traveled the state and the country and forged a forever friendship with the Enzi family. Alice continued to be politically involved after Dick's passing. She was active in Republican Women, studied political issues, and never missed an opportunity to vote.

Ultimately, Alice cared most for her family and friends. She loved playing bridge, solitaire, and Words with Friends. She was a member of PEO for 58 years, most recently a member of Chapter AS in Gillette. Supporting the Gillette Chamber Singers was important to Alice and allowed her the opportunity to travel. Through her patronage, she saw the world with close friends and family. Alice also loved the thrill of athletics, and she rarely missed a game where her children or grandchildren were participating. When the University of Wyoming was competing, she was either watching, listening or attending.

Alice was preceded in death by her beloved husband of 45 years, Richard; parents, Jack and Dorothy Peckham; parents-in-law, Madeleine and Wally Bratton; brother-in-law, Richard Finley; and sister-in-law and brother-in-law, Imogene and Gene McClain.

Alice is survived by sister, Ann Kuehn (Glen) of Yuma, Arizona, and her sister-in-law, Carolyn Finley of Rapid City, South Dakota. She is also survived by her three children, Richard (Lisa) Bratton, Randall Bratton, and Beth (Larry) Tocci; and her eight grandchildren, Richie Bratton (Megan), Jessica Vega (Matt), Caitlin Craig (Mitch), Jacob Bratton (Meghan), Rhett Bratton, Makenzie Bartsch, Shea Bartsch, and Sierra Bartsch. Alice was also the proud great-grandmother to Jaxson, Kaya, Meyer and Dorothy. She is survived by numerous nieces and nephews and many friends from each and every community in which she lived. Friendships came easily and were well-tended by Alice and Dick.

The family would like to send their special thanks to the tender and caring staff at RiverStone Health Hospice Home, the Billings Clinic, Highgate Senior Living, and the Legacy Living and Rehabilitation Center.

The family will hold a private family funeral service at Holy Trinity Episcopal Church in Gillette on Saturday, April 10. The family will also host a gathering of friends and family in June so that all who loved Alice may come together in joy to celebrate her life (details to be determined).

To plant trees in memory, please visit our Sympathy Store.
Published by Casper Star-Tribune on Mar. 28, 2021.
MEMORIAL EVENTS
Apr
10
Funeral service
Holy Trinity Episcopal Church
, Gillette, Wyoming
Funeral services provided by:
Michelotti Sawyers Mortuary & Crematory
GUEST BOOK
Sponsored by Michelotti Sawyers Mortuary & Crematory.
3 Entries
So sorry for your loss. My mom and Alice met in college and stayed in touch all these years. Condolences to all the family. Love the Bradford family
Ann Bradford
April 3, 2021
My condolences to the family--I will miss Alice--she was a great contributor to all of our lives.
James J. Naramore
March 29, 2021
Alice was the kindest,smartest person I ever met. She will be missed.
Shirley Baumgartner Austin
March 28, 2021