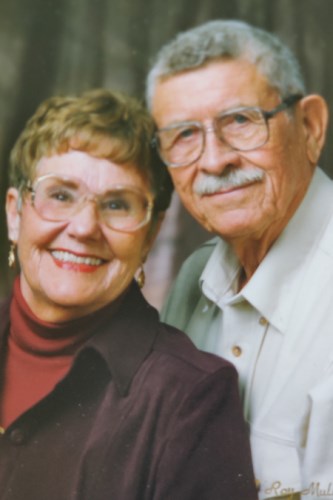 JACKSONVILLE, Ore. / FAIRBANKS, Alaska - On January 26, 2021, former Casper resident, Hallie Jane Williams, passed into the arms of Jesus while living in Jacksonville, Oregon near her daughter, Andi. Fred T. Williams went to be with Jesus on January 31, 2021 while living near his son, Tom, in Fairbanks, Alaska.

Hallie was born in Gillette, Wyo. on November 24, 1930 and spent most of her early years in Ogallala, Neb. She was the third child of Daniel and Virginia Saunders, with older brother, Dan and sister, Francis.

Fred was born on December 27, 1927 in Brule, Neb. just a few miles west of Ogallala. He was one of four children born to Frederick Sr. and Mable Williams. He had two older sisters, Beverly and Peggy and his twin, MaryLou. He spent his entire early life in Brule before entering the U.S. Navy after high school.

Both Fred and Hallie attended the University of Wyoming. Fred graduated with a degree in wildlife biology and Hallie completed degrees in music and English with a minor in education in just three years. She was on the riffle team, sang in many university productions and won several competitions with her beautiful voice.

Fred and Hallie were married in Ogallala on March 23, 1952 and remained married for 68 years. Their first home was in Laramie, Wyo. where Fred began his career with the Wyoming Game and Fish and Hallie began her teaching career.

In 1958 they moved to Lander, Wyo. and in 1963 moved to Glennallen, Alaska. They drove the mostly gravel Alcan Highway towing a trailer while camping along the way with four children and a large dog. It was quite an adventure with many family memories from that trip.

Fred worked for the Alaska Fish and Game while Hallie started teaching in the one-room high school just in time for the Alaska Good Friday Earthquake of 1964. They both retired in 1987 remaining in the Copper River Basin until Hallie moved to be close to her oldest daughter, Lindy, in Soldotna. She then moved on to Chandler, Ariz. living across the street from her brother and sister. When they passed Hallie moved to Casper to be close to Andi and her husband, Jim, later following them to Oregon.

Raising a family in the small town of Glennallen, Fred and Hallie were devoted parents and gave their children all the direction and attention one could ever have hoped for while continuing their careers where they both were very well respected. They loved the outdoors and took their children on many adventures, taking thousands of pictures recording their happy life.

Fred is remembered for being instrumental in developing the Volunteer Fire Department as well as serving on the Board of Copper Valley Electric for over 45 years. Residents at Primrose in Casper and Pioneer Village in Jacksonville remember Hallie's delightful piano playing.

Fred and Hallie are survived by their children; seven grandchildren and ten great-grandchildren.

Hallie can best be remembered for her joy, love for family and animals and would be tremendously pleased with donations to any animal rescue organization. Fred is best remembered for his love for family, engaging personality and wit. One of his lifelong passions was Alaska History; he wrote a very compelling and entertaining paper on the subject. A donation to the local George L. Ashby Memorial Museum, Copper Center, Alaska, would honor his memory wonderfully.

A memorial service is being planned for both of them this summer in Glennallen, Alaska.

To plant trees in memory, please visit our Sympathy Store.
Published by Casper Star-Tribune on Mar. 28, 2021.
MEMORIAL EVENTS
No memorial events are currently scheduled.
To offer your sympathy during this difficult time, you can now have memorial trees planted in a National Forest in memory of your loved one.
GUEST BOOK
1 Entry
I am so sorry for your losses. I was a classmate of Hallie in Ogallala, and spent my very early years in Brule, so knew both your mom and dad. My parents were friends of both of their parents. It's a very small world, indeed. My daughter, Jane Grogan, now lives in Casper and forwarded their obituaries to me in Tucson, AZ. I was glad to read of their eventful lives. Barbara Kilgore Conway
Barbara Kilgore Conway
March 28, 2021