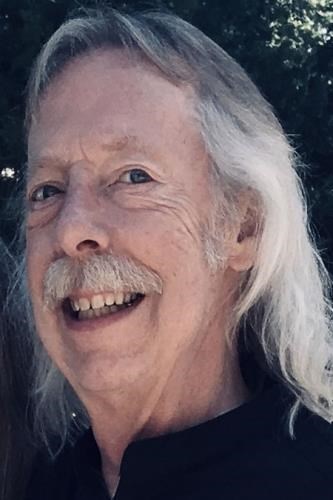 BUFFALO - More than once, Jim wondered out loud to Lisa, his beloved wife, if he would be remembered.

Given the outpouring of tributes and condolences that she and his siblings received after news spread of his death on October 1, 2020, Jim has his answer – as emphatic as the drum solos he was known for.

Jim was born in Buffalo, Wyoming, on November 6, 1954, to Frank and Lorrie Prosinski. He grew up in homes on High Street and Adams Avenue and attended grade school, junior high and high school in Buffalo. He was an only child for but 14 months until brother Steve joined the family, followed by sister Joan and baby brother Paul.

Jim was a rambunctious boy and a good student with a mind for math and music that would accompany him throughout his life. Also with him across the years were the dozens of good friends who enjoyed his sense of humor, kindness and loyalty. He felt blessed to know you all.

In his pre-teen years, he started to develop his strong work ethic at his dad's Sinclair gas station on Main Street, where he pumped gas, changed oil, fixed tires, washed cars, cleaned restrooms and much more for ten years. He still had time to play a lot of Little League and Babe Ruth baseball, be a Cub Scout, shoot hoops, swim in the Big Pool, and bicycle all over town with his friends.

Jim's music teachers, particularly Joe Rulli at Buffalo High School, fueled his passion for performing. He was a talented trombonist and singer, but it was the drum set (Slingerland, of course) and rock 'n' roll that had a hold on him – Led Zeppelin, Steppenwolf, Rush, Grand Funk Railroad, James Gang and many others.

Joe encouraged Jim to let it loose, and he did. Jim was even given a key to the high school music room. He would put on his headphones and rock out drumming to his records, "until I would almost pass out!" He'd say, "Music is freeing to me, like breathing air."

He attended Mary College in Bismarck, N.D., for one year and finished his accounting and finance degree at the University of Wyoming in Laramie. He took his studies seriously, but during college and after entering the workforce, he always had time to drive the beat for a band – from Trinity and Staggerwing to Black Diamond and Thunder Basin Boys and many others over the years.

He played with groups in Bismarck, Laramie, Denver, Dallas, Cheyenne and Casper. Mostly rock, but he could be a little bit country, too. He was remodeling his backyard music studio to better scratch his drumming itch with other musicians joining in.

His day job paid the bills, and his knowledge of finance and skills with numbers served him well at several firms. For more than 20 years, he was proud to be the accountant and office manager for Rocky Mountain Oilfield Warehouse in Casper. He enjoyed the staff he worked with and they became like family. He got a lot done in the office on the day he died. A ruptured thoracic aortic aneurysm took his life at home that evening.

Jim also loved to go fishing, gaze through the telescope at the stars with Lisa, and watch old movies and baseball and football games on TV. His 500 music albums also received regular play on his 1974 stereo.

Four years ago, Jim and Lisa (the little girl who grew up just across the street from him) fell in love. They were married on September 30, 2017, and were getting ready for a weekend getaway to Thermopolis to celebrate their third anniversary. Jim is also survived by his brother, Steve (Shelley) Prosinski, of Billings; sister, Joan (Gil) Quesada, of San Diego; brother, Paul (Kim) Prosinski, of Buffalo; his father's widow, Dordy Prosinski; and many nieces and nephews.

Jim was preceded in death by his parents.

There will be a public viewing at Harness Funeral Home Chapel in Buffalo on Friday, October 9, from 1 to 9 p.m. The funeral will be at 1 p.m. Saturday, October 10, at the chapel. Jim will be laid to rest next to his parents in Willow Grove Cemetery after the service. A reception will follow at Bomber Mountain Civic Center, 63 N. Burritt Ave. Friends may watch the service online at https://webcast.funeralvue.com/events/viewer/38180. The service will also be recorded and available for viewing for 90 days.

Online condolences may be made at www.harnessfuneralhome.com.

To plant trees in memory, please visit our Sympathy Store.
Published by Casper Star-Tribune on Oct. 8, 2020.
MEMORIAL EVENTS
Oct
9
Viewing
1:00p.m. - 9:00p.m.
Harness Funeral Home Chapel
, Buffalo, Wyoming
Oct
10
Funeral
1:00p.m.
Harness Funeral Home Chapel
, Buffalo, Wyoming
Funeral services provided by:
Harness Funeral Home (formerly Adams)
GUEST BOOK
3 Entries
Thank you for being in my life & having a great Adventure. Bless you & Lisa
Jann Childers
October 10, 2020
My condolences to Lisa and family. Am going to miss hearing his voice on the other end of the line when i call the office with a problem. He always made sure to find out how my family was doing and visit for a short time about things in general, and if i had gone to any great Rock n Roll concerts in Sturgis or wherever. Going to miss seeing him at the Annual Christmas parties. He was a kind soul!
sherry mueller
October 7, 2020
We offer our deepest sympathies for the loss of your brother. Our hearts are with you. Larry and Shelley Van Atta
Steve and Shelley
October 7, 2020