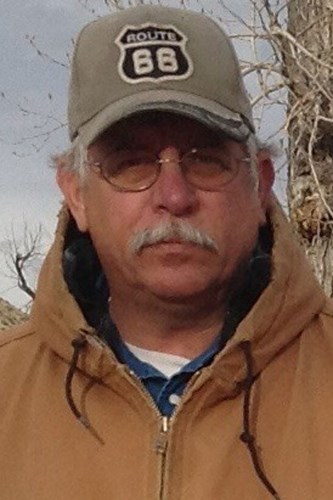 POWDER RIVER - Graveside services for, Walt Patterson, 60 year old Buffalo resident who passed away suddenly Thursday morning at his home on Powder River, will be held Friday, April 30th at 2:00 p.m. in the Sheridan Municipal Cemetery in Sheridan with Pastor William Dunlap officiating. Visitation will be held from the Harness Funeral Home Chapel on Thursday from 1:00 p.m. until 9:00 p.m. and on Friday from 9:00 a.m. until noon.

In lieu of flowers donations in Walt's memory may be made to Buffalo FFA in care of the Harness Funeral Home at 351 N. Adams in Buffalo.

Online condolences may be made at the funeral home website www.harnessfuneralhome.com.

James Walter Patterson was born on June 5, 1960 in Casper, Wyoming to Joseph Harlan and Clara Lee Patterson. He grew up on the family ranch outside of Douglas and went to school in Casper, graduating from Natrona County High School with the class of 1978. After high School he went to work on the family ranch in Douglas. Walt was a PRCA Cowboy and followed the circuit riding Saddle Broncs. He was married September 28, 1990 in Miles City, Montana to Debora Benshoof and they made their home outside of Glenrock and worked the Family Ranch. In 1993 they moved to a ranch West of Gillette and in 2001 they started building a home on Powder River. Walt and Deb continued living on Powder River until his death.

He is survived by his wife of 31 years, Deb Patterson of Buffalo; one sister, Kerri Jo Paddock of Douglas; one nephew, Joseph Patterson; and two nieces, Catherine Smith and Brooke Paddock all of Douglas.

He was preceded in death by his parents and one sister, Jane Patterson.