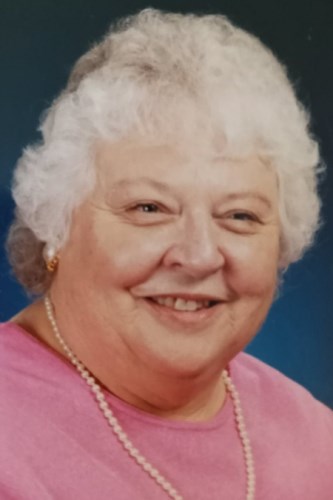 CASPER - Karen Ann (Scott) Kwedor passed from this Earth on February 19, 2021 with her family by her side. Karen was born March 20, 1938 in Wheatland, WY to Elda Raymond "Ed" Scott and Olene "Alice" McCann. Karen was the oldest of four sisters.

In 1955 Karen met Richard "Chick" Kwedor while he was stationed at FE Warren AFB in Cheyenne, WY and they were married September 2, 1955, together they had seven children.

Karen was a hard worker with a strong work ethic. Karen was a loving mother and grandmother who taught her children and grandchildren the importance of hard work. Karen completed her education to become the first licensed Dietary Manager in the state in the 70's, something she was proud of. Karen worked at the Natrona County Senior Center from 1976-2013 and was known for her no nonsense personality, who expected her employees to be respectful of others and come to work to work.

She was respected and will be greatly missed by those who knew her and the many stories to be heard for years to come and was lovingly referred to as "The Original Karen". She was that special of a woman.

Karen will be missed greatly by her family and friends. Although she would have liked to be with her family longer she fought a good fight true to Karen fashion. She never gave up, her body did.

She was preceded in death by her parents; sister, Marilyn Larson; son, Rick; granddaughter, Trinaty; and grandson, Alex.

A Reception to honor our beloved Karen will be Saturday, March 20, 2021 at 2:00PM at Central Wyoming Senior Center.

Memorials can be made to Central Wyoming Senior Center in her name.

To plant trees in memory, please visit our Sympathy Store.
Published by Casper Star-Tribune on Mar. 18, 2021.
MEMORIAL EVENTS
Mar
20
Memorial Gathering
2:00p.m.
Central Wyoming Senior Center
GUEST BOOK
4 Entries
I worked with Karen Many years at the Casper Senior Center. She also knew my parents from Wheatland. She leaves an amazing legacy!
NJ Garton
March 22, 2021
Prayers for the family. I many fond memories helping her at the center when she needed the dishes to be washed
Richard & Cara Miles
March 20, 2021
Karen was a BEAUTIFUL lady and always had a smile for everyone she saw! R.I.P. Karen.
MACHELLE HOLLOWAY
March 18, 2021
My thoughts are with you Chick, and your family.
Duane Marker
March 18, 2021