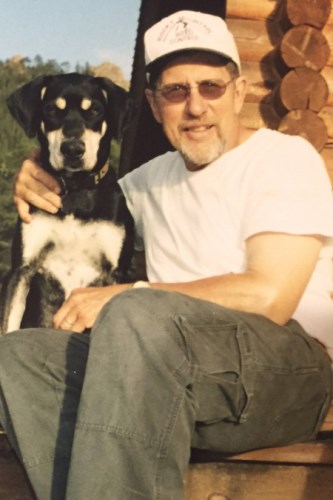 CASPER - Mike Sarvey sadly lost his battle with Parkinson's Disease on March 25, 2021 while at home in Casper, WY.

Mike was brought up in Glenrock, WY by parents Margaret Wyatt Sarvey and Ed Sarvey with a love of sports, nature and spending time with extended family. It was there that he roamed the creeks and hills fishing and hunting with family and friends. Early in his school career he became known as "Finn", a tribute to his grandparents who emigrated from Finland and settled in Glenrock to raise their family.

Mike and his wife Sally were married in 1968 spending the first years of their marriage and careers in Denver, CO. When the opportunity arose, Mike was thrilled to return to Wyoming to open his own CPA firm and join the faculty at Casper College as an accounting instructor.

As an instructor, Mike made a point to give equal encouragement to traditional and non-traditional students. He felt honored by the praise of his students who would happily share with him and members of his family the impact his class had made on their lives. Mike retired from Casper College in May of 2000 having taught there for thirty years.

To the CC faculty he was known as "Disco Duck" because he collected the latest music and would act as the DJ for their parties. Mike sponsored Casper College student groups and enjoyed playing intramurals and noon basketball while being an avid T-Bird booster. In his later years friends would generously take him to watch various sporting events around town.

Throughout his life Mike volunteered his time in the community, serving as a leader for numerous local organizations and as well as taking on positions as a member of Shepherd of the Hills Presbyterian Church. He found time for recreation, particularly his love of hunting and fishing. His cabin west of Glenrock has been a retreat for family and friends to enjoy the unique beauty of Wyoming. Mike's three children and grandson were instilled with a love of the outdoors in large part because of this natural playground.

Mike's diagnosis with Parkinson's disease was a major blow for such an active guy. However as long as he was able he would attend the local PD support group often sharing the knowledge he gleaned from numerous newsletters with fellow PD sufferers and their spouses and families.

He was preceded in death by his parents, Marg and Ed; his brother, Jim; and his daughter, Cara.

To plant trees in memory, please visit our Sympathy Store.
Published by Casper Star-Tribune on Apr. 4, 2021.
MEMORIAL EVENTS
Jun
12
Memorial service
11:00a.m.
Shepherd of the Hills Presbyterian Church
4600 S. Poplar Dr, Casper, Wyoming
GUEST BOOK
4 Entries
Sally and family, We were saddened to hear of Mike's passing. He was a great guy. I remember so many Logo cook nights we shared! Please know that you and your family are in our thoughts and prayers. Mahlon, Kathy, and family
Mahlon and Kathy Sorensen
April 6, 2021
Sally, Adam and the Sarvey family, You are all in our thoughts and prayers. You are all often in our thoughts and we wish you peace and blessings. <3
Joyce Wise, Michael, Ashlee, Kella, Allyson
April 6, 2021
I knew Mr Sarvey from attending the same church but got to know him better in college as he was my accounting instructor. With his calm manner and a frequent smile, all students certainly admired and respected him. And he truly cared about the success of each student. Every time I saw him in subsequent years, he would sincerely ask about not only about my life but for news of classmates that attended the same years I did. I thought that was amazing how he could keep track of so many of his students - a testament to his caring nature. My condolences and prayers to the Sarvey family.
Cheryl Wolfgang Zimmerman
April 5, 2021
Our thoughts & prayers are with the family @ this sad time
Dan & Sue Sullivan
April 4, 2021