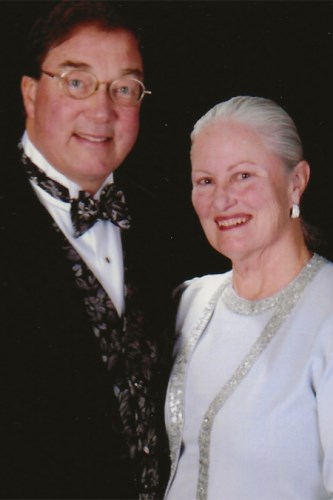 CASPER - Patricia Jo "Pat" Nagel died on January 30, 2021, of complications following a fall. She was 78. A woman of compassion, creativity, and community, Pat's life was a testament to her love of family and public service. Born in Montana on September 24, 1942, not long before her father Robert left for service in WWII, Pat and her mother Evelyn lived in Carmel, California, and then Tacoma, Washington, where her mother worked in the naval shipyard. The family settled in Casper in the late 1940s. She graduated from Natrona County High School and then attended the University of Wyoming. She married her high school sweetheart, Robert "Bob" Nagel, in 1963. During his service in the military, they lived in Maryland and New Mexico, where she graduated from New Mexico State University in 1965, with honors in political science.

Following her graduation, Bob's job took the couple to Cedar Rapids, Iowa. In a sign of the times, she was told that the only job she was qualified for was as a meter maid. Not one to let barriers stand in her way, Pat harnessed her artistic and creative talents and became an interior designer, a vocation as well as a lifelong love. After daughter Stacia was born, Pat's passion for educating children was ignited, and, together with Bob and like-minded parents, she founded Cedar Valley Montessori School. With little Stacia in tow, the family moved back to Casper in 1973, when Bob joined his father at Nagel Motors, and daughter Susanna was born.

Pat brought her vision of Montessori education to Casper, and in 1974 helped found Meadowlark Montessori School, the first Montessori school in Casper. That school is still in operation today as the Montessori School of Casper, where Pat proudly attended the graduations of her six grandchildren. She was immersed in community activities in Casper, including the Casper Service League and PEO, the Symphony Home Tour, and the Garden Walk. Ever interested in youth and education, Pat chaired the board of Mercer House, a youth service agency, served on the United Way Allocation and Admissions Committee, and was appointed as President of the Standards Board of Natrona County Academy, a rigorous college preparatory program. She was also a charter member of the Business Advisory Council, a private business group that developed initiatives to reform local public education.

In 1980, she enrolled at the University Of Wyoming College Of Law, commuting between Casper and Laramie. She was a senior editor of the Land and Water Law Review and graduated with a J.D. in 1983. Following graduation, she returned to Casper, clerked for Judge Robert Forrister, and was briefly in private practice. Pat then became Co-Director of the Wyoming Futures Project, along with Linda Nix, and they later formed Nagel and Nix, a consulting firm specializing in small business and non-profit organizations.

Pat put her political science degree to good use when she was elected in 1992 to the Wyoming State House of Representatives. She was reelected four times and retired in 2002. During her time in the legislature, she was Chair, House Judiciary Committee; Chair, House Revenue Committee; on the Management Audit Committee; and liaison to the Wyoming State Retirement Board. In 1997, the Governor appointed her to Wyoming's first Juvenile Justice Commission. Pat also represented Wyoming on the first Federal Home Loan Bank's Advisory Council on Affordable Housing and was Chair of the Wyoming Community Development Authority.

Travel and adventure were central to Pat's life. In 1999, she received a prestigious Japan Society Fellowship and spent several months in Japan studying juvenile justice issues. Pat served as crew on a boat delivery trip from New York, through the Panama Canal, to Decatur Island in the San Juan Islands, Washington, where she spent many summers with Bob, her daughters, and grandchildren. In New Zealand, she met the challenge of the Milford track and tackled the Tongariro Crossing with her brother Mike, and enjoyed traveling in Europe and Asia. Pat and Bob spent parts of recent years at their home in San Miguel de Allende, Mexico, where she continued her painting and gardening. An avid reader who loved sharing book recommendations, she will be missed by her book clubs in Mexico and Casper, and by her many friends.

Pat was a passionate cook with a gift for hospitality, and family, friends, and neighbors enjoyed everything from formal parties to casual get-togethers at her historic home. She loved gardening and was often seen planting bulbs around town with the Bulb Society and tending the plants in her own beautiful garden. Her Little Free Library outside her house was the first in Casper. Pat's accomplishments were many, but none was more important than her relationships with her husband, girls, and grandchildren. As she looked back on her life, she said her times with her girls were the most important to her. Her daughters and grandchildren were privileged to grow up surrounded by the love she had with Bob. That beautiful marriage provided a strong foundation for passing on her values of caring for others, kindness, and curiosity about the world. She left the world a better place, and she will be dearly missed by her family.

Donations in her honor may be made to the Wyoming PBS Foundation or the Nagel Family Scholarship at Casper College.

To allow her friends around the world to gather together, and in light of COVID, a virtual memorial service will take place on Sunday, February 14 at 3:00pm MST at https://us02web.zoom.us/j/9661458920?pwd=a0FUcHdWNFZ6dFFLVjIvUFhIa0kyUT09 or the link can also be found at bustardcares.com.

To plant trees in memory, please visit our Sympathy Store.
Published by Casper Star-Tribune on Feb. 7, 2021.
MEMORIAL EVENTS
No memorial events are currently scheduled.
To offer your sympathy during this difficult time, you can now have memorial trees planted in a National Forest in memory of your loved one.
GUEST BOOK
5 Entries
Pat , You were a good person and friend. I will miss you !
Jim Huey
February 8, 2021
My condolences to the family . May you find comfort in your treasured memories and Gods promise to return our loved ones . 1st Thessalonians 4 : 13 & 14 .
February 8, 2021
Pat was our neighbor and I remember her and her mom bringing a pot of chili to our home when my brother was hurt in an auto accident. Pat was not only smart but she had compassion and was extremely kind. May she rest in Peace.
Mary M. James Schendel
February 8, 2021
We first met Pat and Bob when we bid on a dinner they offered at our first Montessori fundraiser. We had not lived in Casper long. They were such lovely people and made us feel right at home. A year later we purchased Grant Street Grocery and Pat came in and offered to help us. Her interior design and artistic talent added alot to the old store. She was always supportive and gracious. She, Helen and I met for lunch at Grant Street last September. I am so grateful I had that time with her. I will miss her physical presence but she made a difference in my life and many others I am sure. She will not be forgotten.
Nancy Wayte
February 7, 2021
Our thoughts & prayers are with your family in the loss of your loved one. She was a special lady & will be greatly missed. Dan & Sue
Dan & Sue Sullivan
February 7, 2021