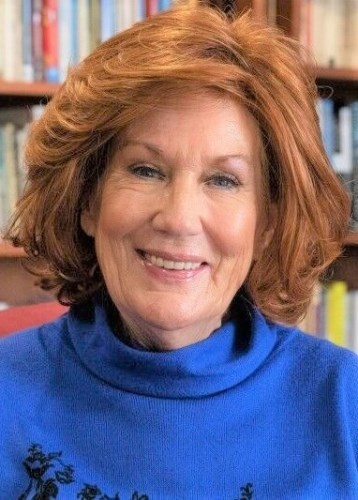 LEWISVILLE, Tex. - Our beloved Paula Ann Armold, age 74, passed away from cancer August 19, 2021. She died peacefully under the loving comfort and care of her family at her home in Lewisville, Tex.

She was born February 5, 1947, in Havre de Grace, Md., to Clark and Madelean Armold. Beckoned by opportunity, the young family soon moved to and settled in Casper, Wyo. In Casper, Paula would grow up, see the additions of three brothers to their family, and graduate from Natrona County High.

After graduation in 1965, Paula attended Casper College, but her college ambitions were derailed after a car accident left her with significant injuries. In 1966, Paula would meet the man who would become her husband, Michael Leo Skinner. The two were wed in Fort Sill, Okla., on February 18, 1968. With this union, she embarked on the life of an army officer's wife, a life she loved despite the frequent moves; Ft. Wolters, Tex.; Ft. Rucker, Ala.; Fort Sill, Okla., and Fort Campbell, Ky., and separations. Mike served two tours of duty in Vietnam. It was during Mike's first tour, in 1969, that he and Paula welcomed their daughter, Stephanie. They welcomed their second daughter, Melissa in 1973.

Mike left the Army in 1975 and the family relocated to Newcastle, Wyo., where Mike and Paula became co-owners of Skinner Resources, alongside Mike's parents, Leo and Elizabeth Skinner. Paula took great pride in the company and played an active role in building the business and its daily operations.

In 1986, Mike and Paula divorced and Paula moved, with her girls, to Tampa, Fla. Paula loved living in Florida for many reasons: the climate, the ocean, and having orange trees in her backyard. Paula found a home of like-minded spiritual seekers in the Tampa Bay Church of Religious Science. She was both an active member of the congregation and an employee, acting as the church secretary.

In 1994, Paula's only grandchild, Ian, was born to her daughter Melissa, and in 1996 she moved back to Newcastle to lend Melissa support. For employment, she worked for Jack and Lola Bradley as an office assistant for their company Manewal-Bradley. During this time, Paula would meet and instantly fall in love with Jerry B. Dixon and the two were married on December 31, 1998. In this marriage she found unconditional love and acceptance. They were inseparable and adored each other. Tragically, their time together was cut short after Jerry's death, on July 26, 2002, following a brief illness. A widow and in mourning, Paula moved to Rapid City, S.D., to once again be near her daughter Melissa and grandson, Ian. While there, she found solace and healing in time with family and the restoration of her historic home on West Boulevard.

In 2010, Paula moved back to the place she would always consider "home," Newcastle. She was employed as an office assistant for Shelco and later provided in-home care and companionship for a couple of elderly residents. 2011 saw one of Paula's biggest dreams come true as she became one of the founders of The Birdcage Theatrics Company and helped produce their first production. In 2015, Paula's cherished daughter, Melissa, passed away from cancer. It was a devastating loss and one she mourned for the rest of her life.

In 2016, Paula made her final move to Lewisville, Tex. Here she would be close to her daughter, Stephanie, and her parents. Retired now, she spent her time with her daughter, pursuing their many shared interests and continued her spiritual journey, becoming a member of The Centers for Spiritual Living in Dallas. A dedicated member of the church, she took on the role of team lead for the Center's Sacred Space Team and in August of 2020, became a licensed practitioner of Religious Science.

Paula was a red-haired beauty, with her signature red fingernails and eyelashes. She moved through her life with style, sophistication and grace. She had an eye and passion for design and brought beauty to all her surroundings. She was a masterful gardener and her talents produced beautiful blooms and plants of all varieties. As a graduate of floral design school, she found a way to marry these two passions. Antiquing was a favorite pastime, and her homes were filled with found treasures. She loved old Hollywood glamour and getting dressed to the nines. She had a vivacious personality and a wonderful sarcastic wit. She was special, unique and colorful. She kept an immaculate home and ironed everything. She could outlast and out-shop anyone. She enjoyed going to the movies, great TV shows, music and dancing. She cherished her friendships, many of which were decades old. A caring and sensitive soul, she was quick to lend an empathic ear or pen a letter of love and support to those in need. Above all, she was a fiercely loving and devoted wife, mother, grandmother, daughter and sister.

"Nothing on earth can make up for the loss of one who has loved you," said Selma Lagerlof.

A celebration of life and burial of ashes will be held at a later date in Newcastle.

Published by Casper Star-Tribune on Sep. 19, 2021.
To plant trees in memory, please visit the Sympathy Store.
MEMORIAL EVENTS
To offer your sympathy during this difficult time, you can now have memorial trees planted in a National Forest in memory of your loved one.
MAKE A DONATION
MEMORIES & CONDOLENCES
2 Entries
I was so sorry to hear that Paula had passed away. It was just a short time ago that she let me know she was now in TX. She was a wonderful childhood friend. We reconnected at our class reunion. Paula rest in Peace with your daughter and your husband.
Mary M. James Schendel
Friend
September 21, 2021
May God bless you and your family in this time of sorrow.
Carla Brown
Family
September 19, 2021
Showing 1 - 2 of 2 results