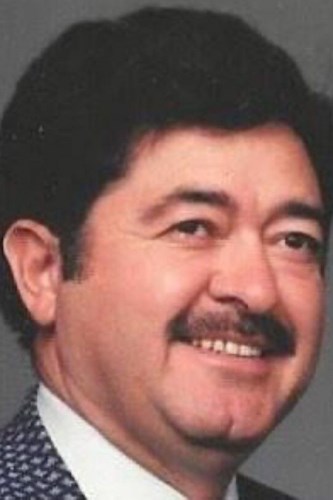 He was a member of the National Guard and a graduate of the University of New Mexico, getting a degree in Geology.

In 1976 he settled in Casper with his then wife, Claudette, and their children, and began managing the state office of Wyoming Mineral Corporation, a subsidiary of Westinghouse. Richard was a successful geologist for decades during both good and challenging times and owned his own consulting firm, Sierra Blanca Geo-Services in the 1980s-1990s.

Each day was an opportunity to learn for Richard, he was a voracious reader, often reading three or more books at a time. His favorite subjects were History, in particular, the history of New Mexico and the history of the Atomic Bomb, political history, and Geology. He enjoyed golf, darts, cooking, and collecting rocks. He was known in town for sharing his famous tamales and enchiladas with friends throughout the many years in Casper.

The family will be holding a memorial in Carrizozo, NM at a later date.

To plant trees in memory, please visit our Sympathy Store.
Published by Casper Star-Tribune on Mar. 31, 2021.
MEMORIAL EVENTS
No memorial events are currently scheduled.
To offer your sympathy during this difficult time, you can now have memorial trees planted in a National Forest in memory of your loved one.
GUEST BOOK
0 Entries
Be the first to post a memory or condolences.