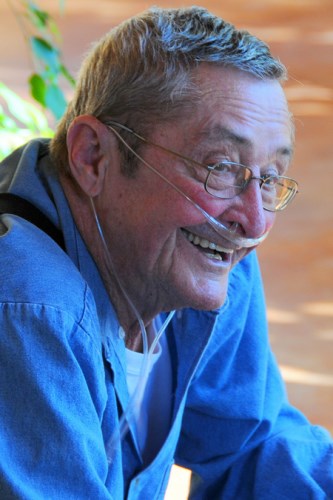 DUBOIS - Ronald Custis was born May 25, 1930 in Sheridan, WY to John Norman Custis and Helen Willian (Schneider) Custis, he grew up in Big Horn, WY and graduated from Big Horn High School in 1948.

After the war, he continued his education at the University of Wyoming and met and married Ellen Laurel Orton of Elk Mountain, WY in 1955. He attended Northwestern University Dental School, graduating in 1959 as a Doctor of Dental Surgery and established a dental practice in Newcastle, WY in 1960. He practiced in Newcastle until 1977 when he moved and opened a practice in Dubois, WY in 1978, marrying Kirsten Riberholdt Hansen Shepardson of Dubois in 1979. He retired from dentistry in 1995. More than any awards and honors bestowed upon him by his profession, his greatest reward was his trusting and loyal patients.

Extremely independent, an avid reader and deep thinker, he had many hobbies from remodeling his homes to gardening. His passion however was his love of Wyoming and the outdoors whether he was hunting, fishing, hiking, cutting firewood or simply exploring. His knowledge and skill in these areas are legend among his grandchildren. He will be missed.

He was preceded in death by his parents; sisters, Dorene Rice and Jeanine Shell; and his wife, Kirsten.

Per his wishes, no service will be held.

To plant trees in memory, please visit our Sympathy Store.
Published by Casper Star-Tribune on Mar. 7, 2021.
MEMORIAL EVENTS
No memorial events are currently scheduled.
To offer your sympathy during this difficult time, you can now have memorial trees planted in a National Forest in memory of your loved one.
GUEST BOOK
7 Entries
Thoughts and prayers to Deb and Doug, and their family
Lynn and Cecil Taylor
March 8, 2021
I am sorry for your loss. I send my sympathy to all.
Sharon Grove
March 8, 2021
We extend our sincere sympathy to the entire family It is with great sadness we read of Dr. Custis passing. What a wonderful man and what wonderful memories our family has with trips to the dentist with Dr. Custis. A wonderful man and fabulous dentist. RIP Doc.
Scott and Prudy Gustafson
March 8, 2021
So very sorry for loss. Your family are in our thoughts and prayers!
Cindy and Keith Smith
March 8, 2021
My condolences to the family.
Melissa Van Buren
March 7, 2021
I loved him and because of how kind he was as a dentist I enjoy going to the dentist to this day, God bless . So glad to have known him and the family.
Denise McCoy
March 7, 2021
I was a patient of Dr. Custis in Newcastle, Wyoming where I grew up in Upton. He did a lot of good work fixing my teeth over the years. When I went elsewhere to dentists, they would comment about the good work I had done by Dr. Custis. One told me it was the best dental work he had ever seen. He was an excellent dentist. May his family be proud of the good work that he did over many, many years.
Jane Claar
March 7, 2021