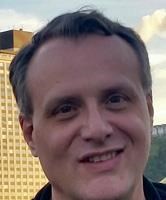 David J. Manning, 56, of Shadyside, passed away unexpectedly at home Thursday, Sept. 9, 2021. He leaves behind his loving wife, Lorraine Leslie; two adoring daughters, Veronica and Laurel Manning; and his mother, Rosalie Manning, of his hometown of Erie. David was preceded in death by his father, Richard Manning; and by his beloved father-in-law, Ronald Leslie, in April of this year. David was the first in his family to attend college, graduating from Allegheny College with honors. He achieved dual majors in political science and environmental sciences with a minor in economics. He then put himself through law school, graduating with honors from Case Western Reserve University School of Law. After spending time working in larger law firms, David decided to start his own practice in 2002, specializing in banking, real estate and high-tech startups. He always acted as a guardian and trusted advisor for his clients, many of whom became his friends. When not working, David loved being in the woods. Despite being a burly 6-foot-2, David was so gentle that he couldn't even bait a fishing hook. He preferred to be surrounded by the beauty of nature, often while reading or practicing his photography. Most of all, though, David loved his family. He proposed to his wife after their third date and they remained happily married for 28 years. Also loved were his daughters, Veronica and Laurel. David was immensely proud of them and the young women that they have become. Rounding out his family were his two dogs, Lacey and Ella, who made him smile every day. David always said that he wanted his legacy to be defined by who he was outside of work: a devoted husband, father and friend. His loss will be felt by his family and many others. Due to covid-19, Dave would want a memorial service to be saved for a later date. Contributions may be made in his honor to the Western Pennsylvania Conservancy or to the Humane Animal Rescue of Pittsburgh.
Published by Triblive Online Only on Sep. 15, 2021.
To plant trees in memory, please visit the Sympathy Store.
MEMORIAL EVENTS
To offer your sympathy during this difficult time, you can now have memorial trees planted in a National Forest in memory of your loved one.
MAKE A DONATION
MEMORIES & CONDOLENCES
2 Entries
Words cannot express my sorrow for your family, but you can feel good about the fact that David was well respected by friends and business associates alike and that he did truly care about making the world a better place. I also knew him to be extremely proud of his wife, daughters and family members and devoted to caring for them as best he could. Rest In Peace David.
Bob Saunders
Work
September 16, 2021
Lori, Veronica and Laural, we were so sorry to hear of David's passing. How lucky to have him in your lives and such a great example of a good man.
Bucky and Jan Evans
Friend
September 16, 2021
Showing 1 - 2 of 2 results