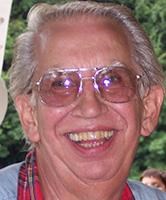 BORN
1941
DIED
2021
FUNERAL HOME
Jobe Funeral Home-Monroeville
445 Beatty Road
Monroeville, PA
Gary Alvin Lersch, 80, of North Huntingdon, formerly of Monroeville, entered heaven's doors peacefully Sunday, Aug. 22, 2021, surrounded by his daughter, Robin, her husband, their children and granddaughter, Amanda. He wanted to be reunited with his beautiful wife, Sharon, who he was married to for 52 years 11 months and eight days before she passed away in July of 2013. Gary was born and raised in Wilkinsburg. Sharon came up from West Virginia to help her sister and brother-in-law with their children. On a faithful Christmas Eve, Sharon was leaning over her sister's balcony when their eyes met. Gary said he saw a beautiful angel and knew right then he would make her his bride. The following year, on Aug. 23, 1960, they were married. In 1969, they moved to Monroeville where he and his family resided. He lived in Monroeville for 52 years before moving in with his daughter and her family. He is survived by his children, Robin (Mark) Mann, Tammy ( Eileen) Thomas, Gregory (Lesley) Lersch and Dawn Lersch; grandchildren, Ryan, Joshua, Shawn, Amanda (fiance Ronnie) and Zachary (fiancee, Janiah); great-granddaughters, Audriana and Aerielle; and one great-grandson, Rylan. Gary also leaves behind many nieces, nephews, cousins and his friends, which he loved all very much. He was preceded in death by his wife, by his parents, Arthur and Caroline Lersch, and by his five siblings. As per Gary's wishes, there will be no services. JOBE FUNERAL HOME & CREMATORY INC. (MONROEVILLE/PLUM CHAPEL), 445 Beatty Road, Monroeville, 412-856-4747. www.jobefuneralhome.com.
Published by Triblive Online Only on Aug. 25, 2021.
To plant trees in memory, please visit the Sympathy Store.
MEMORIAL EVENTS
To offer your sympathy during this difficult time, you can now have memorial trees planted in a National Forest in memory of your loved one.
Funeral services provided by:
Jobe Funeral Home-Monroeville
MAKE A DONATION
MEMORIES & CONDOLENCES
Sponsored by Jobe Funeral Home-Monroeville.
0 Entries
Be the first to post a memory or condolences.