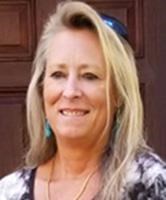 BORN
1966
DIED
2021
FUNERAL HOME
Richard D. Cole Funeral Home Inc.
328 Beaver St
Sewickley, PA
Lisa A. Parry, 55, passed away unexpectedly Monday, Sept. 6, 2021, at her Sewickley home. She was born March 31, 1966, in Framingham, Mass., to Richard and Emmyjane Parry. She is a graduate of Brebeuf Preparatory School in Indianapolis and Purdue University, where she was a member of Alpha Xi Delta Sorority. Before retiring, she was employed by US Airways. Surviving are her father, Richard Parry, and stepmother, Patricia Parry, brothers, Richard Parry Jr. and William Parry, stepbrother, Brian Jennings, and stepsister, Carrie Gaca. Also surviving are three nephews and one niece. A memorial service will be held at the time of her burial. Arrangements are being handled by the RICHARD D. COLE FUNERAL HOME of Sewickley. In lieu of flowers, contributions may be made to the Sewickley Community Center pool.
Published by Triblive Online Only on Sep. 15, 2021.
To plant trees in memory, please visit the Sympathy Store.
MEMORIAL EVENTS
To offer your sympathy during this difficult time, you can now have memorial trees planted in a National Forest in memory of your loved one.
Funeral services provided by:
Richard D. Cole Funeral Home Inc.
MAKE A DONATION
MEMORIES & CONDOLENCES
Sponsored by Richard D. Cole Funeral Home Inc..
0 Entries
Be the first to post a memory or condolences.