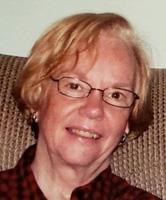 BORN
1943
DIED
2019
ABOUT
Taylor Allderdice High School
FUNERAL HOME
Shumaker Funeral Home Inc
115 E Union St
Punxsutawney, PA
Nancy Buehler Young, 76, of Punxsutawney, formerly of Pittsburgh, passed away peacefully at home Sunday, Dec. 22, 2019. She was born March 13, 1943, in Pittsburgh. She was raised as the daughter of the late Frederick J. Buehler and Elizabeth Ann (Nelson) Buehler. On April 24, 1965, she married her sweetheart, Joseph Taylor Young. Together they celebrated 54 years of marriage. He survives and resides in Punxsutawney. She was a member of Edgewood Presbyterian Church in Pittsburgh. Nancy was a 1961 graduate of Taylor Allderdice High School in Pittsburgh. She went on to attend Robert Morris Business School. Following her education at Robert Morris Business School, she worked as a legal secretary for Bucey-Wiley Law Firm in Pittsburgh prior to starting a family. In addition to her husband, Joe, she is survived by three sons, Michael Taylor Young, of Delmont, Joshua Frederick Young, of Shaler, and Aaron David Young, of Wilkins Township; one brother, John Davis, of Harrisonville; sister-in-law, Patricia Davis, of Norwalk, Conn.; one sister, Pat Decker, of Harrisonville; and two best friends, Marianne Tishko and Joanie Bourke. She was preceded in death by her adoptive parents, Frederick and Elizabeth Buehler; biological parents, Chester Arthur Davis and Julia Naomi (Fetter) Davis; and brother, Chuck A. Davis.
Friends will be received from 2 to 7 p.m. Friday, Dec. 27, 2019, at SHUMAKER FUNERAL HOME INC., Punxsutawney. A private funeral service will be held. She will be interred at Taylor Cemetery in Falls Creek.
Online condolences may be made at www.shumakerfh.com.
Published by Triblive Online Only on Dec. 25, 2019.
To plant trees in memory, please visit the Sympathy Store.
MEMORIAL EVENTS
Dec
27
Visitation
2:00p.m. - 7:00p.m.
Shumaker Funeral Home Inc
115 E Union St, Punxsutawney, PA
Funeral services provided by:
Shumaker Funeral Home Inc
MAKE A DONATION
MEMORIES & CONDOLENCES
Sponsored by Shumaker Funeral Home Inc.
10 Entries
My deepest sympathy to you and your family. I have such fond memories of you and Nancy doing our high school reunions. She will be missed.
December 29, 2019
Mr. Young I am so sorry for your loss. Prayers to you and the rest of your family. I am very sorry that I was not able to come by but had to work and couldn't leave
Anne-marie Lithgow Depp
December 27, 2019
Joe and family:
So sad to hear of the passing of Nancy. I considered her to be a friend during our years at TA.
Tom Halapin
December 27, 2019
Sorry for you loss. My condolences to you all.
Mark Sharpless
December 27, 2019
Mike & Family,
Our thoughts and prayers are with you at this difficult time. Take comfort in knowing your mom/wife is with our Lord and Savior. Much Love, Pierre & Dona DeFelice
Dona DeFelice
December 27, 2019
Mike and Family,
Our deepest condolences on the loss of your mother/wife during this season. Take comfort in knowing she is with our Lord and Savior. Much love, Pierre & Dona DeFelice
Dona DeFelice
December 27, 2019
Joe, my condolences to you and the entire family