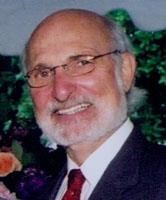 ABOUT
Taylor Allderdice High School
FUNERAL HOME
Ralph Schugar, Inc. Funeral Chapel
5509 Centre Avenue
Pittsburgh, PA
Norman B. Weizenbaum passed away peacefully and surrounded by love Saturday, Sept. 11, 2021. The beloved husband of the late Marilyn Weizenbaum; loving father of Barbara Weizenbaum (Robert Gorby), Nan Weizenbaum (Reza Vali), and jim lampl; stepfather of Sharon Webster; adored "Pop Pop" of Emily, Lindsay and Rachel Gorby, Adam Webster and the late Lauren Webster; brother of the late Rose Plung and Lawrence Weizenbaum; and uncle of caring nieces and nephews. He is also survived by loving caregivers to whom his family will forever be grateful. Norman was a second-generation member of one of the five families who founded the Giant Eagle supermarket chain, which began as a small grocery chain in the 1930s and has grown steadily to become one of the largest privately owned companies in the United States. As a young man, Norman worked alongside his father, Morris Weizenbaum, who with his partner, Hyman Moravitz, opened a small supermarket at the edge of Pittsburgh's Strip District called OK Grocery. As a teenager at Allderdice High School, Norman worked in the grocery stores after school and on school breaks, helping in every aspect of the business including as a butcher, stockroom clerk and bagger. After graduating from the University of Pennsylvania, Norman returned to the company and held various roles in senior management. As the company grew, Norman always maintained the importance of being present in the stores and would do frequent "store visits." Not only did he have a keen mind for all of the store's sales figures and operations, he also took an active and caring interest in the lives and families of all of the employees. Norman was always the consummate toastmaker, but on Norman's 65th birthday, a friend made a toast that said "to Norman, the only person I know who cares more about what I have to say than I do." Throughout his life, he was involved with a number of charitable organizations. Most recently, he served on the Board of the American Committee for the Weizmann Institute of Science. Norman enjoyed literature, history, and classical music. He appreciated the outdoors and being physically active and was a bicyclist, sculler and frustrated golfer. His best golf advice that he imparted to his son-in-law was "no matter how badly you're playing, remember to always take time to stop and enjoy the surroundings." Norman and Marilyn enjoyed hosting friends and family at their summer home in Chautauqua, N.Y., where they were involved in the Hebrew Congregation of Chautauqua, the Chautauqua Opera and the music school. On many mornings, Norman would unabashedly stand outside on his deck in one of his colorful bathrobes having coffee -- smiling and waving hello to all of the runners and walkers as they turned the corner onto Elm Lane. He and Marilyn traveled often and especially enjoyed their trips to Santa Fe where they began their love of collecting Southwestern art. A remarkable, intelligent man, he lived every day of his life with humility and grace. Norman's legacy will be the kindness, empathy and respect that he gave to all of those around him and all of the lives he made better through his unconditional love and support. Graveside services and interment are private. Arrangements entrusted to RALPH SCHUGAR CHAPEL INC., family owned and operated. Donations in Norman's memory may be made to the American Committee for the Weizmann Institute of Science via their website, Weizmann-USA.org(not available on mobile devices). www.schugar.com.
Published by Triblive Online Only on Sep. 12, 2021.
To plant trees in memory, please visit the Sympathy Store.
MEMORIAL EVENTS
To offer your sympathy during this difficult time, you can now have memorial trees planted in a National Forest in memory of your loved one.
Funeral services provided by:
Ralph Schugar, Inc. Funeral Chapel
MAKE A DONATION
MEMORIES & CONDOLENCES
Sponsored by Ralph Schugar, Inc. Funeral Chapel.
7 Entries
Mr. Weizenbaum was a Gentleman in the truest sense of the word. He possessed a keen mind, was an engaging conversationalist and listened. A Good Man.
Bob Wheaton
September 15, 2021
Our condolences to your family. Norm was a good and thoughtful friend to my husband Mel and me. In fact, it was Mel who said that Norm was more interested in what he had to say than Mel was. We know Norm´s memory will be a blessing. Love, Beverly Pollock
Beverly Pollock
Friend
September 14, 2021
Barb and Bob, our deepest sympathy on your loss.
The Lerman Family
September 13, 2021
Norm was a truly exceptional person, who had a positive impact on so many lives. He will be deeply missed by everyone.
Loren Paul Fiffik
Work
September 13, 2021
I was an employee of Giant Eagle for 50 years and I knew Norman for many years, I worked in Corp Headquarters. He was one of the best, kind, caring and helped so many people. My deepest sympathy for his family.
Carol A McDonald
September 12, 2021
Our condolences to jim and his family.
Dennis and Christine Burger
September 12, 2021
Barb and Bob, our heartfelt sympathies on your loss. I enjoyed working and learning from Norman; he was a wonderful man.
Karen Silverblatt & Michael Nameth
Friend
September 11, 2021
Showing 1 - 7 of 7 results