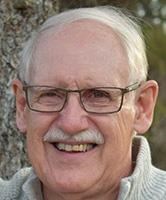 BORN
1942
DIED
2021
FUNERAL HOME
Knight-Confer Funeral Home Inc
1914 Memorial Ave
Williamsport, PA
Richard Stewart "Rich" Boyle Jr., 78, of Williamsport, Pa., passed away Tuesday, Nov. 30, 2021, at UPMC Susquehanna Williamsport. Surviving is his loving and devoted wife of 50 years, Lorraine B. (Gilarski) Boyle. Born Dec. 18, 1942, in Braddock, he was a son of the late Richard S. Boyle Sr. and Mary Elizabeth (Neistrom) Boyle. Rich was a 1960 graduate of Swissvale High School and later graduated from The Art Institute of Pittsburgh. He proudly served his country in the Army. Rich began his work career at Rockwell Manufacturing in Pittsburgh. In 1989, he joined Anchor Darling Valve Co. and retired in 2014 from Flowserve Corp. as a sales engineer. Rich was a deeply devoted Christian and member of Lycoming Centre Presbyterian Church. He was an ordained Commissioned Lay Pastor (CLP) in the Presbyterian Church USA. He was also a deacon, elder and adult Sunday school teacher and was very active in Bible studies and other men's church groups. Rich was a member of the St. Andrews Society of Pittsburgh and a former Mason. He was an avid record collector and reader. He liked fishing and enjoyed the sights and sounds of drum corps. Rich also took great pride in his Scottish heritage. He and Lorraine treasured their tour of his ancestral homeland of Scotland. Most of all, Rich was thoroughly dedicated to his wife, children and grandchildren. He was the funniest, most engaging and loving PapPap and cherished every moment spent with his family. Surviving, in addition to his wife, are four children, Matthew A. Boyle (Shelley), of Pittsburgh, Emily A. Dietrich (Robb), of Montoursville, David A. Boyle (Kim), of Montoursville, and Sarah B. Claassen (Jason), of Pittsburgh; nine grandchildren, Andrew and Colin Boyle, Jack and Simon Dietrich, Paige, Sidney and Elyse Boyle and Judah and Ezra Claassen; a brother, Ronald Boyle (Barbara), of Pittsburgh; a sister, Susan Bache (Alan), of Pittsburgh; and many nieces and nephews. In addition to his parents, he was preceded in death by an infant; and a brother, Allan Boyle. A viewing will be held from 1 to 3 and 6 to 8 p.m. Friday, Dec. 10, at KNIGHT-CONFER FUNERAL HOME, 1914 Memorial Ave., Williamsport. A memorial service to honor the life of Rich will be held at 11 a.m., Saturday, Dec. 11, at The Christian Church at Cogan Station, with the Rev. Jerry Fourroux Jr. officiating. A visitation will be held from 10 to 10:45 a.m. Saturday at The Christian Church at Cogan Station. In lieu of flowers, memorial contributions may be made in Rich's name to Expectations Women's Center, 500 Pine St., Williamsport, PA 17701 (expectationswc.org) or to Frontier Fellowship (frontierfellowship.com).
Published by Triblive Online Only on Dec. 4, 2021.
To plant trees in memory, please visit the Sympathy Store.
MEMORIAL EVENTS
Dec
10
Viewing
1:00p.m. - 3:00p.m.
Knight-Confer Funeral Home Inc
1914 Memorial Ave, Williamsport, PA
Dec
10
Viewing
6:00p.m. - 8:00p.m.
Knight-Confer Funeral Home Inc
1914 Memorial Ave, Williamsport, PA
Dec
11
Visitation
10:00a.m. - 10:45a.m.
The Christian Church at Cogan Station
PA
Dec
11
Memorial service
11:00a.m.
The Christian Church at Cogan Station
PA
Funeral services provided by:
Knight-Confer Funeral Home Inc
MAKE A DONATION
MEMORIES & CONDOLENCES
Sponsored by Knight-Confer Funeral Home Inc.
1 Entry
In loving memory of a wonderful , funny and loving man. We will love you and miss you always.
Jeff and Alma Verzella
December 10, 2021
Showing 1 - 1 of 1 results