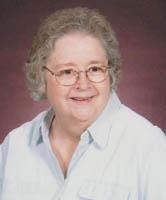 BORN
1938
DIED
2021
FUNERAL HOME
Leo M. Bacha Funeral Home
516 Stanton St
Greensburg, PA
Dr. Barbara L. Kennedy, 83, of Greensburg, died Tuesday, Aug. 24, 2021, in Allegheny General Hospital, Pittsburgh. She was born May 4, 1938, in Connellsville, a daughter of the late James Wolfe and Catherine (Smith) Kennedy. She was a graduate of Penn State University and received her Ph.D. and M.D. from the Medical College of Pennsylvania. Her residency was served at Hahnemann Hospital, Philadelphia, and she has been on the faculty of several universities. She had numerous publications in the field of psychiatry, cardiac function and metabolism, and was a fellow of American Psychiatric Association. Prior to retirement, she had spent 11 years at University of Louisville, Department of Psychiatry, where she was a researcher, teacher and in private practice, and then worked for a brief time at UPMC. After her retirement, she lived in Greensburg and attended Greensburg Church of the Brethren. She took piano lessons and belonged to Friday Evening Music Club (and the Salon Series). Barbara was a member of the Greensburg College Club where she was the program director for several years and enjoyed antiques club and bridge club. She also volunteered at the YWCA Thrift Shop and the Seton Hill University Holocaust Center. In addition to her parents, Barbara is preceded in death by her brother, James Craig Kennedy; and her half-sister, Drusilla Young. She is survived by her sister, Janet Snyder (Glenn), of Jeannette; sister-in-law, Cooky Kennedy, of Uniontown; nine nieces and nephews; 20 great-nieces and great-nephews; and many cousins and good friends. Honoring Barbara's request, all services and interment are private. Private interment will be in Cochran Cemetery, Dawson. LEO M. BACHA FUNERAL HOME INC., 516 Stanton Street, Greensburg, PA 15601, is assisting with arrangements. In lieu of flowers, memorial contributions may be made in Barbara's name to Greensburg Church of the Brethren, Greensburg College Club, or Friday Evening Music Club Scholarship Fund (www.fridayeveningmusicclub.org/scholarship).www.bachafh.com.
Published by Tribune Review on Aug. 29, 2021.
To plant trees in memory, please visit the Sympathy Store.
MEMORIAL EVENTS
To offer your sympathy during this difficult time, you can now have memorial trees planted in a National Forest in memory of your loved one.
Funeral services provided by:
Leo M. Bacha Funeral Home
MAKE A DONATION
MEMORIES & CONDOLENCES
Sponsored by Leo M. Bacha Funeral Home.
0 Entries
Be the first to post a memory or condolences.