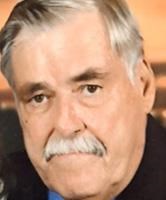 BORN
1937
DIED
2021
FUNERAL HOME
McCabe Funeral Home - Ligonier
144 East Main Street
Ligonier, PA
The patriarch of the McVicker clan, Carl Grant McVicker Jr., lost his five-year battle with multiple myeloma Saturday, Sept. 11, 2021, to join his loving wife of 62 years, Darlene Jean Hellings McVicker, who preceded him in death less than a year ago. He passed away peacefully on a beautiful, rural western Pennsylvania day, surrounded by his family, with his beloved jazz music playing in the background. Carl was born July 21, 1937, in Pittsburgh, to Ella Bert and Carl Grant McVicker Sr. He was preceded in death by his parents, his son, Robert Jonathan, his older sister and brothers-in-law, Barbara and William Martin, and Harry Hellings Jr., and his nephew, David Martin. He was an incredible Dad, Pappy, Unk, Big Dummy, Chaboobie. He is survived by three children, Tami McVicker Cox, of Naples, Fla., Carl Grant (Gayle) McVicker III, of Burke, Va., and Kevin (Debra) McVicker, of Ligonier. He is also survived by 11 grandchildren, Mark (Heather) Milligan, Kristin (Steve) Neff, Katie McVicker, Rebeca (Paul) Marcheschi, Matthew McVicker, Zachary (Kami) McVicker, Daniel Cox, Sarah Cox, Benjamin McVicker, Jonathan McVicker and Michael McVicker; seven great-grandchildren, Mark Dale Milligan, Mason Milligan, Caroline McVicker, Gianni Marcheschi, Magnolia Milligan, Stetson Neff and Allister McVicker; and generations of cousins, nieces and nephews. His love and pride in his family was well known to all. Carl grew up and graduated from Wilkinsburg High School. He married his childhood sweetheart, Darlene, while stationed at Bolling Air Force Base in Washington, DC as a member of the Air Force Band. He went on to receive his undergraduate degree in music from Carnegie Tech, followed by his Master's degree from Duquesne. They raised their children in the Pittsburgh area before moving to Naples, Fla. Carl loved to get lost in the music, playing with many noted musicians throughout the decades, from playing college parties with Walt Harper to more than 30 years as the bassist on Mister Roger's Neighborhood, culminating in receiving a Grammy Award as a musician on the album "It's Such a Good Feeling: The Best of Mister Rogers."He was also a teacher at all levels and spent 15 years as a pilot for Vee Neal Aviation. His love of music and flying was only paralleled by his love of travel. From camping and boating, and trips across the country to visit his family to cruises too numerous to count and summers spent at the cabin on the Bad River in Canada, he was always looking to the next adventure. He recently came to Ligonier from Naples, Fla., to be closer to his children in his failing health. The family would like to thank his caregivers for their friendship, support and care, especially over the last month. The family will receive visitors from 5 to 7 p.m. Sunday, Sept. 19, 2021, at McCABE FUNERAL HOME,144 E. Main St., Ligonier, PA 15658. A funeral service, led by his nephew, the Rev. Dr. Ted Martin, will be at 10 a.m. Monday, Sept. 20, 2021, in Covenant Presbyterian Church, 200 N. Market St., Ligonier, PA 15658, followed by burial at 2 p.m. at The National Cemetery of the Alleghenies, 1158 Morgan Road, Bridgeville. It's a beautiful day in the neighborhood!
Published by Tribune Review on Sep. 15, 2021.
To plant trees in memory, please visit the Sympathy Store.
MEMORIAL EVENTS
Sep
19
Visitation
5:00p.m. - 7:00p.m.
McCabe Funeral Home - Ligonier
144 East Main Street, Ligonier, PA
Sep
20
Funeral service
10:00a.m.
Covenant Presbyterian Church
200 N. Market St., Ligonier, PA
Sep
20
Burial
2:00p.m.
The National Cemetery of the Alleghenies
1158 Morgan Road, Bridgeville, PA
Funeral services provided by:
McCabe Funeral Home - Ligonier
MAKE A DONATION
MEMORIES & CONDOLENCES
Sponsored by McCabe Funeral Home - Ligonier.
2 Entries
I knew Carl while at CMU, then Tech, and knew him as a fine musician and good man. He also got my son started on the violin when he taught at Gateway schools in Monroeville. He did everything well.
Filia Caloyer
September 17, 2021
I had the honor of working with Carl in several bands in SW Florida over the past 30 years and can say that music won't be as much fun without him. We send our condolences to the Family and our Love and Respects to Carl. He will be sadly missed but remembered with a smile......Mike Isabella Cape Coral, Florida
Mike Isabella
September 17, 2021
Showing 1 - 2 of 2 results