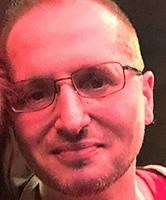 BORN
1975
DIED
2021
FUNERAL HOME
Mccabe Funeral Home
300 West Third Avenue
Derry, PA
Christopher Michael Grindle, 45, of Derry, died suddenly Sunday, July 18, 2021, at his home. He was born Sept. 28, 1975, in Latrobe, a son of Gloria Burick Grindle, of Latrobe, and the late Richard Neil Grindle. Chris was an executive chef who trained at the Culinary Institute of America in New York. He lived in Arizona with his wife and kids and managed several prestigious country clubs. He came back home to work in several exclusive restaurants, as he was talented and excellent at doing his craft of food preparation. He loved his family more than anything, had a great sense of humor and would help anyone who needed it. In addition to his father, he was preceded in death by a sister, Tammy L. Grindle Brewer; and his mother-in-law, Renee Swift. In addition to his mother, he is survived by his wife, Angela R.; his son, Shea M. (Kenzie); and his daughters, Miah R. and Amelia A. Grindle, all of Derry; his brother, Richard "Rick" Grindle, of Latrobe; sisters, Tracy Grindle (Jeff), of Indiana, Tina Jones (Robert), of Jeannette, and Terry Grindle, of Greensburg; father-in-law, William Swift, of Rhode Island; and several aunts, uncles, cousins, nieces and nephews. A memorial gathering will be from 5 to 7 p.m. Friday July 23, 2021, at the McCABE FUNERAL HOME, 300 W. Third Ave., Derry. Online condolences may be made to www.mccabefuneralhomespa.com.
Published by Tribune Review on Jul. 22, 2021.
To plant trees in memory, please visit the Sympathy Store.
MEMORIAL EVENTS
Jul
23
Memorial Gathering
5:00p.m. - 7:00p.m.
Mccabe Funeral Home
300 West Third Avenue, Derry, PA
Funeral services provided by:
Mccabe Funeral Home
MAKE A DONATION
MEMORIES & CONDOLENCES
Sponsored by Mccabe Funeral Home.
1 Entry
Gloria and family you are all in my thoughts and prayers. Hoping your cherished memories will get you through this difficult time. I didn't know Chris well but i do remember him raving about my pineapple upside cake i took that as an excellent compliment especially coming from a professional chef.
Lisa Pushnik
Family
July 21, 2021
Showing 1 - 1 of 1 results