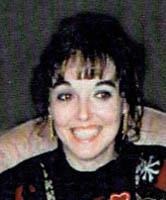 BORN
1964
DIED
2021
FUNERAL HOME
Hartsell Funeral Home
12115 University City Blvd
Harrisburg, NC
Deanne Marie Ferguson, 56, of Harrisburg, N.C., passed away Wednesday, June 23, 2021, at her home. Deanne was born Oct. 28, 1964, to Edmund Louis Bellotti and the late Barbara Anne Bellotti. She was preceded in death by her grandparents, Mr. and Mrs. John Bellotti and Mr. and Mrs. Russel Conway. Survivors include her father, Edmund Bellotti; husband, Michael Ferguson; two sons, Matthew and Nicholas; brother, Greg Bellotti (Rina); and nephew, Anthony. Deanne is also survived by a lifelong friend, Lisa Clark Bennett, of New Stanton. Deanne led a vibrant life. She pursued a career serving her country as an Army officer in the Military Police. She was also a psychological operations officer, where she learned Vietnamese and served on multiple deployments to Southeast Asia. After 10 years of military service, Deanne left the Army to start a family and engage in a new career path in health care management. She had fostered many friendships during her life and she will be missed by all who had the pleasure of knowing her. A funeral service was held at St. James the Greater Catholic Church in Concord, N.C. A military interment followed at the Salisbury National Cemetery.
Published by Tribune Review from Jul. 24 to Jul. 25, 2021.
To plant trees in memory, please visit our Sympathy Store.
MEMORIAL EVENTS
To offer your sympathy during this difficult time, you can now have memorial trees planted in a National Forest in memory of your loved one.
Funeral services provided by:
Hartsell Funeral Home
MAKE A DONATION
MEMORIES & CONDOLENCES
Sponsored by Hartsell Funeral Home.
0 Entries
Be the first to post a memory or condolences.