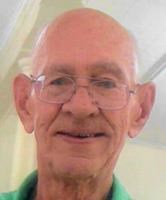 BORN
1935
DIED
2021
FUNERAL HOME
Kepple-Graft Funeral Home,
524 North Main Street
Greensburg, PA
Donald Barnes Hayward, 86, of Greensburg, died at home, Friday, July 16, 2021. He was born April 13, 1935, in Milford, Mass., the only son of Samuel Penniman Hayward and Dorothy Barnes Hayward. He is survived by his wife of 63 years, Sally Marker Hayward; their three children, David Hayward, of Rockport, Texas, Susan Koshewa, of Columbus, Ohio, and Sarah (James) Lynch, of Dothan, Ala.; two granddaughters, Molly and Lucy Koshewa; and sister-in-law, Elizabeth Marker, Ph.D. He was predeceased by his parents; in-laws; and infant son, Dan Hayward. Don was a graduate of Northbridge High School in Whitinsville, Mass., and Worcester Academy in Worcester, Mass. He received his electrical engineering degree from Worcester Polytechnic Institute in Worcester, Mass., and was a registered professional engineer in Pennsylvania. He worked his entire career for West Penn Power Co./Allegheny Energy/First Energy in several engineering and managerial positions and retired in 1996. Shortly after joining West Penn Power in 1958, he served two years in the Army at Walter Reed Army Medical Center. For more than 50 years, Don was a tireless member of Trinity United Church of Christ in Greensburg. He served as deacon, elder, president of council and trustee. Above all, he was a dedicated servant of God and his church family. Don was extremely active in the community. He was a member and past president of the Kiwanis Club of Greensburg, delivered meals for Meals on Wheels, and was a committed blood donor, having joined "The 100 Gallon Club." He enjoyed golf, fishing, woodworking and a well-poured Black & Tan. He was an avid fan of the Pittsburgh Penguins, Steelers and Pirates. He and his wife traveled extensively with friends and family; they vacationed most often in New England and the Outer Banks of North Carolina. Friends will be received from 4 to 6 p.m. Thursday at KEPPLE-GRAFT FUNERAL HOME, 524 N. Main St., Greensburg. A funeral service will be held at 10:30 a.m. Friday at Trinity United Church of Christ, 129 N. Main St., Greensburg. In lieu of flowers, donations in Don's honor may be made to Wildlife Works Inc., 836 Chestnut St., Youngwood, PA 15697 (www.wildlifeworksinc.org). The family thanks the hospice care team with Excela Health for their care and dedication. For online condolences and information, please visit www.kepplegraft.com.

Published by Tribune Review on Jul. 21, 2021.
To plant trees in memory, please visit our Sympathy Store.
MEMORIAL EVENTS
Jul
22
Visitation
4:00p.m. - 6:00p.m.
Kepple Graft Funeral Home
524 N Main St, Greensburg, PA
Jul
23
Funeral service
10:30a.m.
Trinity United Church of Christ
139 North Main Street, Greensburg, PA
Funeral services provided by:
Kepple-Graft Funeral Home,
MAKE A DONATION
MEMORIES & CONDOLENCES
Sponsored by Kepple-Graft Funeral Home,.
11 Entries
With deepest thoughts for our friend. We have BIG good memories of DB. Prayers for the family.
Bob and Kim
July 24, 2021
We are so sorry to hear of the loss of such a great man. I had many wonderful memories of Don in Maine and Block Island. I´m saddened by his loss but know in my heart he´s having a wonderful time, wherever he is. Much love to Sally and the Family. We are thinking of you all.
Kelly Lang
Friend
July 23, 2021
Now you are with Jesus! You were always a blessing to know!
Averbach family
Friend
July 23, 2021
I'd like to say that Don has a wonderful minister at his church! Pastor Shirley was a former coworker of mine at Excela & Don was a coworker at West Penn Power! Both of you were assets to the world & the workplace! Don, I'd like to thank you for always bringing in your wife's cranberry bread for our parties. Sarah, thanks for sending me the recipe!!! Linda
Linda
Work
July 22, 2021
Julia Squires and Tom Wright always enjoyed your humor and kindness!
Lincoln Division coworkers
Work
July 22, 2021
Today is the birthday of your coworker Cecil Fitzgerald! You are with him & all of your Christian family with Jesus!
Greensburg neighborhood
Work
July 22, 2021
Your family was always one of the most admired in Greensburg PA!
Linda Soles family
Friend
July 21, 2021
You were so well loved! Barbara Kostelac and Gary Raul and Rudy Stanec often said that you were the BEST BOSS ever!!!
Lib Jr
Friend
July 21, 2021
Now you are with Tom Jamison & Bob Wilhelm 2 other fine Christian men. You & Dave Pezze were our favorite supervisors!
Jamison family
Friend
July 21, 2021
You were so proud of your family! You practiced what you preached JOY JESUS OTHERS YOU Ame Caline & Michel Polnareff
Ame Caline
Friend
July 21, 2021
Your wife made the best cranberry bread!
Don Kemerer
Friend
July 21, 2021
Showing 1 - 11 of 11 results