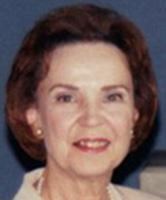 BORN
1929
DIED
2021
FUNERAL HOME
King-Lynk Funeral Home
3507 Avenue L
Fort Madison, IA
Janice M. Clough, 91, of Murrysville and Greensburg, died Tuesday, July 20, 2021, at St. Anne Home in Greensburg. Monsignor Michael Begolly, pastor of Mother of Sorrows Catholic Church, Murrysville, administered the Sacrament of the Anointing of the Sick to Janice as she was being called home by our Lord. She was born Sept. 17, 1929, in Fort Madison, Iowa, the daughter of George and Mae Flynn Temborius. On June 16, 1951, she married John "Jack" Clough, and God gifted them with nearly 50 years of happy marriage. Jack preceded her in death on May 20, 2001. In 1947, Janice graduated from Catholic Central High School, Fort Madison, retaining friendships with many classmates throughout the years. Having studied piano music throughout her elementary and high school years, she then enrolled at St. Mary-of-the-Woods College, Indiana, where she majored in music education with emphasis on piano performance, and a second major in English literature. A proficient pianist, during her senior year she was privileged to give a full recital that included being a piano soloist accompanied by orchestra, playing Schumann's Piano Concerto in A Minor. Among other college accomplishments, she was inducted into Kappa Gamma Pi National Honor Society, and was also included in the 1950-51 edition of Who's Who Among Students in American Universities and Colleges. In 1973, Janice received a Master of Arts degree from Western Illinois University, and was inducted into Phi Kappa Phi National Honor Society. Residing in Burlington for 36 years, Janice was a stay-at-home mother until the youngest of their six children had entered school. During those years, she taught private piano students in her home. In 1968, she began a 20-year career at Corse School as a classroom music teacher, also teaching in the visual and performing arts program. She considered it a pleasure to share her knowledge and love of music with children. Active in the community, Janice was a former member of the Board of Directors of the Special Needs Foundation of Des Moines County. Serving as president and also as a director in the Summer Day Camp Committee, she was always happy to give her time and talents to help children with special needs. A lifelong, steadfast Catholic, Janice was an organist for many years at St. John the Baptist Catholic Church, also serving as lector and Eucharistic minister. She was appointed a member of the first Parish Council at St. John's, and of the first Burlington Catholic Community School Board. She was also a longtime teacher of children's religious education classes. When her husband was ordained a permanent deacon in 1980, she joined him in Sunday ministry to Catholic residents of three care centers and in the leading of the RCIA program, among other ministries. Janice and Jack moved to West Point, Iowa, in 1987, and were parishioners of Sacred Heart Catholic Church. Moving to Murrysville in 1997, they were parishioners of Mother of Sorrows Catholic Church. Survivors include two sons, Christopher Clough (Deb), of Marshalltown, Iowa, and Craig Clough (Patty), of Oak Forest, Ill.; four daughters, Jacqueline Free (Doug), of Murrysville, Kimberly Baker, of West Des Moines, Iowa, Janece Clough, of Macomb, Ill., and Jill Krauza (Bill), of Murrysville; 14 grandchildren; 13 great-grandchildren; one sister, Joyce Kutscher, of Fort Madison, Iowa; and many beloved nephews and nieces. She was preceded in death by her husband; parents; one brother; one granddaughter; a sister-in-law; and several brothers-in-law. Our family would like to express our deepest gratitude to the entire staff and volunteers at St. Anne Home for their outstanding care and support, and the love shown in Janice's "Journey to New Life." Memorial contributions may be made to St. Anne Home, 685 Angela Drive, Greensburg, PA 15601. Visitation will begin at 2:30 p.m. Monday, July 26, 2021, at KING-LYNK FUNERAL HOME & CREMATORY in Fort Madison, Iowa, where the Chaplet of The Divine Mercy will be recited at 3 p.m. There will also be visitation from 4 to 6 p.m., with a rosary to be recited at 6 p.m., at King-Lynk Funeral Home & Crematory. The Mass of the Resurrection will be offered for Janice Clough at 11 a.m. Tuesday, July 27, 2021, at Sacred Heart Catholic Church in Fort Madison, with the Rev. Joseph Phung officiating. Burial will be in Sacred Heart Cemetery, Fort Madison. Online condolences to Janice's family may be left at the King-Lynk Funeral Home & Crematory website: www.kinglynk.com.
Published by Tribune Review on Jul. 23, 2021.
To plant trees in memory, please visit the Sympathy Store.
MEMORIAL EVENTS
Jul
26
Visitation
2:30p.m.
King-Lynk Funeral Home
3507 Avenue L, Fort Madison, IA
Jul
26
Visitation
4:00p.m. - 6:00p.m.
King-Lynk Funeral Home
3507 Avenue L, Fort Madison, IA
Jul
26
Rosary
6:00p.m.
King-Lynk Funeral Home
3507 Avenue L, Fort Madison, IA
Jul
26
Service
3:00p.m.
King-Lynk Funeral Home
3507 Avenue L, Fort Madison, IA
Jul
27
Funeral Mass
11:00a.m.
Sacred Heart Catholic Church
Fort Madison, IA
Funeral services provided by:
King-Lynk Funeral Home
MAKE A DONATION
MEMORIES & CONDOLENCES
Sponsored by King-Lynk Funeral Home.
0 Entries
Be the first to post a memory or condolences.