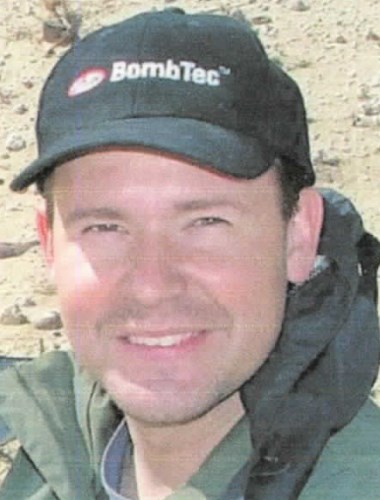 BORN
1976
DIED
2016
FUNERAL HOME
Vaia Funeral Home, Inc
463 Athena Drive
Delmont, PA
Joshua D. Brown, 40, of Canton, Ohio, formerly of Westmoreland County, died in a tragic motor vehicle accident Saturday, May 7, 2016. He was born Jan. 20, 1976, in Great Lakes, Ill. Joshua graduated from Franklin Regional High School in 1994, attended the University of New Mexico and enlisted in the Navy in 1997. Joshua became a master EOD technician and due to his determination and dedication, he achieved his aspirations to be part of the Navy SEAL teams. He dedicated 11 years to the Navy and was an honored member of the elite Naval Special Warfare Development Group (NSWDG). After his discharge, he worked for Tactical Electronics and then created his own successful technology company, Nexu Innovations Inc. Joshua is survived by his parents, Warren and Sueanne Brown, of Stow, Ohio; his sister, Amanda Lee (Jeremy Lee); six nieces and nephews; and numerous aunts, uncles and cousins. His second family in the Navy now have the watch.
A celebration of his incredible life will be held at 2 p.m. Sunday, May 22, 2016, at the Silver Lake Country Club, 1325 Graham Road, Silver Lake, Ohio.
In lieu of flowers, the family would like donations be made to Boulder Crest Retreat for Military and Veteran Wellness at https://interland3.donorperfect.net/weblink/weblink.aspx?name=E160995&id=91
Published by Tribune Review from May 13 to May 19, 2016.
To plant trees in memory, please visit the Sympathy Store.
MEMORIAL EVENTS
May
22
Celebration of Life
2:00p.m.
Silver Lake Country Club
1325 Graham Road, Silver Lake, OH
Funeral services provided by:
Vaia Funeral Home, Inc
MAKE A DONATION
MEMORIES & CONDOLENCES
Sponsored by Vaia Funeral Home, Inc.
32 Entries
Rest in peace.
Suzanne Straughan
September 25, 2017
I lit a candle for my loving uncle josh
Nathan Lee
October 20, 2016
Sueanne and Warren,
I just heard yesterday about Josh,s passing, I am so truly sorry for your incredible loss, I only met him once while at Mrs. Hall's house after her passing and what an impression he left on me, he was such a sweet and kind person, I could tell right away what a great person he was and definitely saw the sweet person that Mrs. Hall always told me about. You have raised an incredible young man and this world is a better place because he was in it.
Sincerely,
Devon Budziszewski
Devon Budziszewski
July 24, 2016
I did not know Joshua but I am very sorry for your loss. May God be with you and your family.
Margaret Scarboro
July 20, 2016
Rest in Peace brother. May God receive you and comfort your family.
EODC Kelly Davis, USN-Ret
July 7, 2016
I'm so sorry for your inmeasurable loss.
Joe S.
July 2, 2016
My deepest condolences to your family. Your son was obviously a champion for all things good and the country is mourning his loss with you. Praying that peace and healing find you.
Vickie Brennan
July 2, 2016
To Mr. Joshua D.Brown's family,

I am very sorry to hear of your tragic loss. This man who served our nation with strength and pride is an example to all of us. May we take notice of his dedication to life, and in so doing, receive some healing from this sorrow.
T. Ardell
July 1, 2016
Please accept my Deepest Sympathies
Scott Chamberland
July 1, 2016
I am deeply saddened to hear about the loss of Josh. I had the honor of knowing and working with him in Albuquerque, NM. At the time we where loss prevention and he was in the process of getting into the Navy as a SEAL. Josh was a kind, intelligent and honorable person.

Rest in peace Brother, it was an honor knowing you and I thank you for watching my back. 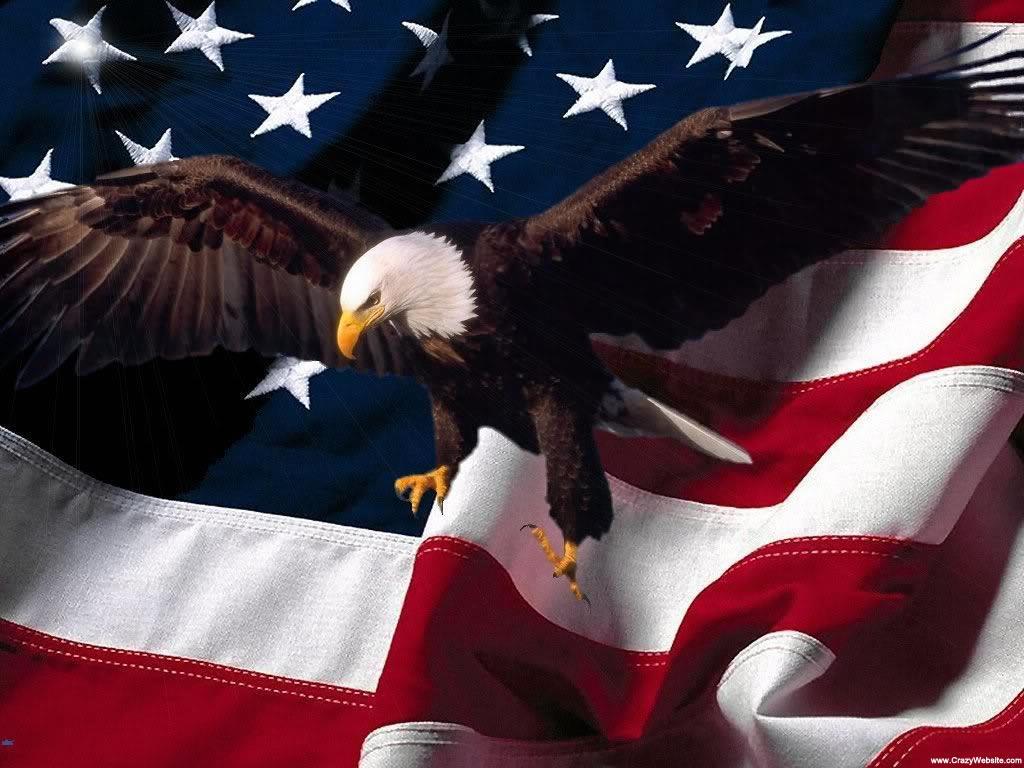 thank you for your service to our country
lisa johnson
July 1, 2016
God Bless you and bring you to heaven.

USAF
Hai Nguyen
June 30, 2016
God Bless you and your family and keep you all in his care until you all meet again. You were a proud American and a symbol of what is right in this country and it is a tragedy you left it too soon, you did and would have continued to make a contribution to a better planet.
patriotic friend
June 30, 2016
Dear Warren and Sueanne,

We only met Josh once, at Russ and Lee's New Year's Day dinner a couple of years ago. I sat beside Josh at dinner and was thoroughly entertained ! What an adventurous spirit your son had !! He had a zest and passion for life, while remaining humble, that remained solidly in my memory even after only meeting him once.
We are profoundly sorry for the loss of your son. You raised a fine boy who became an incredible man.
With deepest sympathy,

Hope and Slater Raub
Louisville, Ohio
June 8, 2016
Hickory Run Campground only learned of Josh's passing today. We are heartbroken. Our son Stan Jr is devastated. We became clients of Nexu in 2009 and were thrilled with his knowledge and personality. I enjoyed when he brought his mother along on the job. She and his father raised an incredible son! In 2011 our son Stan Jr left to work for Josh and his company. I was hesitant and asked Josh to take care of my son. He promised me he would and would also teach him many things. He also said change is difficult but is also a good thing. Josh kept his promise and my son is a better man because of him. I still keep a copy of Joshua's letter to me. We pray for strength love and courage for his family. Josh will forever remain in our hearts! Much love to you...Stan & Cindi & Stan Jr & the Hickory Run Staff
Stan & Cindi & Stan Jr./Hickory Run Staneski
Friend
June 1, 2016
My heart breaks. Josh was an amazing man; the world has certainly lost a beautiful human being, a true hero and an exceptional entrepreneur. My truest and deepest sympathy goes to his parents, Warren & Sueann; I can't believe this has happened. I'm so very, very sorry.
Terri Reed
May 25, 2016
Josh was a unique person for sure. He was a gentle soul in a giants body. We only knew him for a few years but when the news came about his tragic death, we were and still are in disbelief. I'm sure he touched many lives and will be sorely missed. Although he is with our Lord and Saviour it makes his physical presence not being here on earth hard. May God comfort his family during this very difficult time of mourning. I know he thought the world of you.
The Swenk Family & Staff
Whippoorwill Campground
Marmora, NJ 08223
May 25, 2016
To the family of Josh, you have my deepest sympathy in the loss of your loved one. May God give you the needed strength to endure, during this very trying time.
(1 Corinthians 10:13)

TNF - OH
May 21, 2016
On behalf of SeaBreeze Mobile Manor in Hobe Sound Florida we send our deepest condolences to the family and friends oh Josh it was a privilege to have known him and work with him he will be missed
Linda Routhier president of SeaBreeze
May 20, 2016
My sympathy goes out to the Family during your time of need. Treasure all the special times spent with Joshua as you draw strength from the love of family and friends. Also, may God's loving-kindness comfort you and help you through this difficult time. (Psalms 119:50,76).
m r
May 19, 2016
Josh:

Like always, only the good die young. It was an honor and privilege to have known you.

Gabe
GABE HERNANDEZ
May 19, 2016
We are very sorry for your loss. We had only met Joshua twice, but I was amazed by his innovation and great energy. Personally care about his company and his customers to a degree not often seen. Great admiration for what he has accomplished! His family are heavy in our thoughts. The DePauls, Peaceful Woodlands Campground
May 17, 2016
To all of Joshua's family and friends; you are in my thoughts and prayers. God's peace and comfort be with you.
Margaret (Holtz) Murray
Margaret Murray
May 17, 2016
Our thoughts and prayers to his family. Josh was a pleasure to work with and we enjoyed the time we worked with him. He was so enthusiastic about life and technology and he was always fun to be around and talk to. He will be deeply missed.
Tracy
Yogi Bear's Jellystone Park Mill Run Pa.
May 15, 2016
Josh was a good friend to my son. They had many adventures, repelling off the bridges and hills of western PA. He will be missed!
Candace Hill
May 15, 2016
I remember when he ran with Abby and my girls and wore the color tutu to support the Girls on the Run! He was an amazing uncle.

Your family is in our thoughts and prayers. -The Duran family
May 15, 2016
Thoughts and Prayers to the Family.
You will be missed.
Arlene Healey
May 15, 2016
Your family is in our thoughts and prayers. We pray that God will bring great comfort as only He can bring. With love, the Donovans
Mike and Deb Donovan
May 15, 2016
So sorry to hear of your loss, my prayers are with you, Joyce Marnell Anderson
May 15, 2016
Thank you Joshua for your service to our country.
May the Lord hold you in His Hands.
With deepest sympathy.
May 14, 2016
He will be greatly missed
Ron Smith
May 13, 2016
sorry about your loss
May 13, 2016
Showing 1 - 32 of 32 results